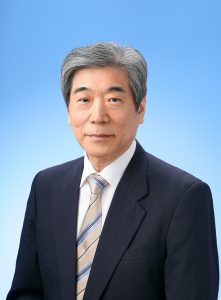 Today, October 14, at the 108th Board of Directors meeting of Foreign Press Center Japan (Chiyoda, Tokyo), Kazuo KODAMA (67) was appointed as the 7th President of the FPCJ. At the same meeting, it was decided the new president will assume office on November 1.

Current FPCJ President Kiyotaka AKASAKA (72) will leave his position at the end of October. He served as FPCJ president for over eight years since his appointment in August 2012.