With the coronavirus pandemic, in order to prevent the spread of infection the Japanese national government has been asking people to reduce interpersonal contact by 80% and promoting working from home. In response, working from home has rapidly become more common even in Japan, but many workers have complained on social media about having to go to work just to stamp their hanko (seal) on paper documents or to submit documents.

The unique Japanese business practice of stamping paper documents is creating issues for working from home—What caused this situation, and how is the government dealing with it? Will the situation improve in the future?

We spoke with Musashi University Professor Masahiko Shoji about Japan’s hanko problem, which has risen to the forefront due to the coronavirus pandemic. 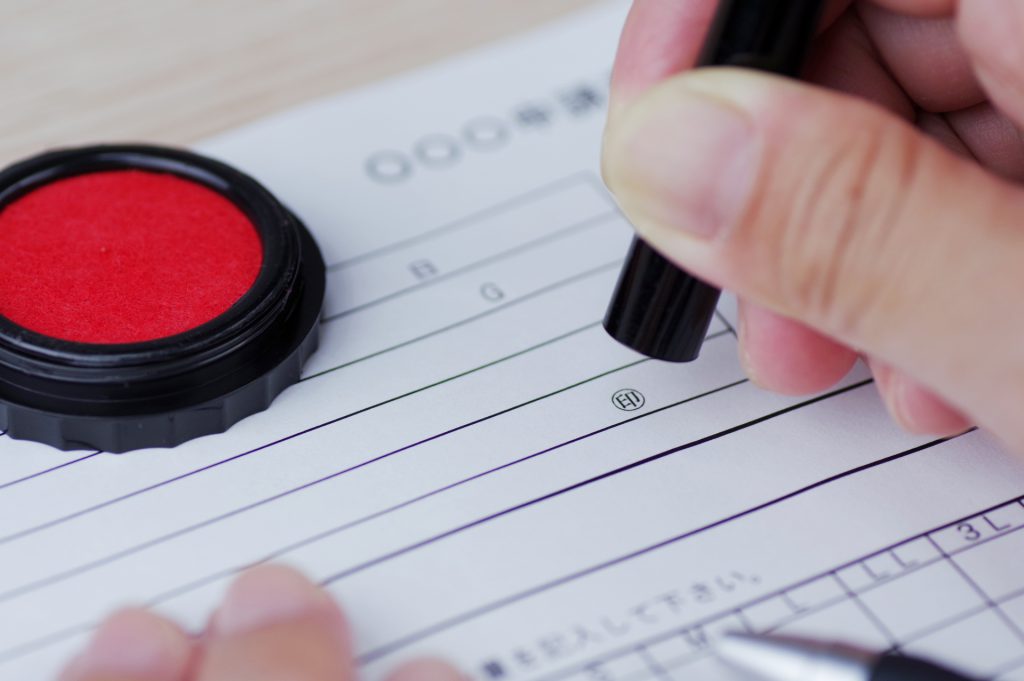 Going to the office just to stamp hanko

—— Q1. With working from home rapidly becoming more common in Japan as part of efforts to prevent the spread of COVID-19, many workers have complained on social media about having to go to work just to stamp their hanko on documents. What has led to this situation? 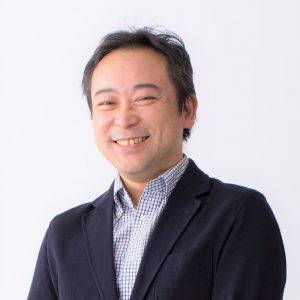 Since there are paper-based processes that require hanko, and sending them by mail or waiting until the pandemic is over would take too long, people are coping by going to work, something which they should be avoiding in principle.

Paper-based processes can be divided into two categories: 1) Internal company processes, such as notifications or requests for approval, and 2) External interactions with other companies, such as contracts. Paper documents are often used to leave proof of internal company decisions and notifications, and in that case a hanko is used instead of a signature as proof of identity for the person making a proposal or application, and the person authorizing it. There is also a longstanding tradition of stamping your hanko besides handwritten corrections made on printed documents. However, since this is an internal company issue and so the management can choose to digitize processes and reconsider the workflow.

However, when dealing with other companies and government offices, people are reluctant to ask others to make changes to fit their own needs (such as eliminating the use of paper or hanko). In order for there to be change, it is likely necessary for initiative by an industry as a whole, an overall social movement, or government measures to promote reform, but until now very little of that was happening.

—— Q2. Is there any reason that hanko and paper documents have to be used, such as some kind of legal basis? Why have they been allowed to interfere with improved efficiency until now?

There used to be legal reasons for why hanko were necessary, such as when applying to form a corporation. However, with a digital paperwork act having passed in 2019 and the government carrying out a plan to implement digital government, when it comes to transactions between the government and private sector, although hanko have not been eliminated, they are no longer a legal necessity and digital paperwork is accepted as well.

In reality, as far as I am aware there are still various areas in which the government requests hanko, such as contracts, bid proposals, accounting documents, and acceptance forms for becoming a member of government councils. Universities who are concerned about government inspections also still ask for hanko, even if it is “just in case.” I hear that government institutions in Tokyo still require staff to stamp attendance sheets with their hanko. In other words, although there is no longer a legal basis requiring hanko, progress has not been made on eliminating them and so they still exist. I believe this is one of the reasons that only a few progressive private companies have moved towards eliminating the use of hanko and creating a paperless office.

This inability of the government and private companies to change how work is done is what is blocking improved efficiency. There are a number of possible customs and cultural factors behind this. Another factor could also be that in both the government and the private sector, the authority of decision-makers is not defined, and so their authority is not very strong, making it difficult to carry out reforms without consensus from the workers on the ground. The pressure of needing to explain to workers a new work process clearly, without exception, and with no contradictions, as well as providing an incentive to make that change, has been preventing reforms from proceeding. I believe there is also a negative perception of digital processes as cold and impersonal, while people see virtue in analog processes as being part of culture, showing care was taken, and allowing minor adjustments to be made, leading to people believing it is superior to carry out processes by hand even if they are inefficient.

—— Q.3 In the current situation, the government has been implementing the measures below. What have they been trying to change, and how, specifically? How effective would you say these government initiatives are?

[ Examples of Initiatives by the Japanese Government (2020) ]

-April 20: A Ministry of Internal Affairs and Communications panel of experts presented a proposal to start a system for proving the validity of documents exchanged between companies over the internet, such as invoices, in the 2022 fiscal year
-April 22: At a meeting of the IT Strategic Headquarters, Prime Minister Shinzo Abe called for a general inspection of government regulations and civil law in order to reform private sector business customs which assume the existence of paper and hanko
-April 27: At a meeting of the Council on Economic and Fiscal Policy, Prime Minister Abe directed government ministries and offices to review their systems and customs regarding hanko and submitting documents, in order to promote working remotely

The e-seal system discussed at the Ministry of Internal Affairs and Communications panel of experts is not a debate that began in order to respond to the current pandemic. It is a method to determine the authenticity of organizations, with electronic Identification and Authentication Services regulations having been in use since July 2016 in the EU in order to ensure online economic activities can be carried out smoothly. The Trust Services Examination Working Group of the Ministry of Internal Affairs and Communications’ Platform Services Research Group looked into this subject while they were active from January to November 2019. The digitization of government paperwork in Japan has also been accelerating with the 2019 digital paperwork act including principles such as “digital first,” and laws on digital signatures were passed as early as 2001.

In other words, the government has been working to digitize paperwork and allow digital signatures to be used instead of hanko for nearly 20 years, and the question we should be considering is why that has not been effective. In my response to Q2, I mentioned mainly cultural reasons, but even if a law is created and the prime minister orders something, Japan has never actually changed that much in the past. In order to avoid repeating this mistake, I believe that it is important for the government to actually change the way they work, and for economic and industry groups to support private companies in carrying out reforms.

Will Japan change after the pandemic

—— Q4. In addition to hanko, other old business customs unique to Japan, such as the use of faxes, contribute to long working hours and are obstacles to working style reform, and this sudden pandemic seems to have made them rise to the forefront.
What should Japan learn from this experience? What types of changes do you think will take place in Japanese workplaces going forward?

With many people having experienced long-term remote work, I believe that old, inefficient working practices will change more significantly than they have so far. Not only hanko, but also the culture valuing face-to-face interactions and exchanges being carried out using paper and faxes, and the act of going to work while stuck on a train full of people.

However, it is difficult to change how people they think, and there will likely be a significant proportion of organizations that do not change their working style. In the future, there could be an increasing inequality gap between those organizations which change and those which do not. This pandemic is happening throughout the world at the same time, so even if Japan is able to quickly put a stop to the spread of infections, and as a result little progress is made in eliminating hanko and utilizing digital technology, I believe new working styles based on the assumption of using digital technology will be adopted in countries throughout the world. Companies which are able to work with this new global practice will likely gain a significant lead over those which cannot.

In this interview, I have hardly touched on technical factors, such as the fact that hanko can be stamped by other people, the ease in copying the impressions made by hanko, and security issues such as copying the impression as an image file to paste it. When looking at these technical factors, one could say that hanko already have a low level of trust as a declaration of intent. In the future, it may be best to only use hanko when there is some cultural demand, such as stamping awards. I believe that by hanko becoming something rare and valuable, and specializing in the use of hanko carrying a message in itself, that hanko will still have a future.