By Asuka Suzuki and Francis Markus in Morioka 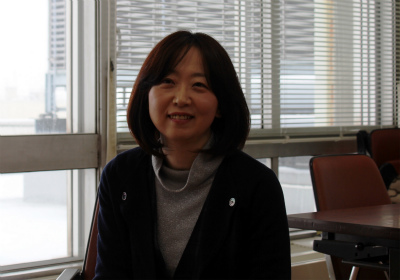 A five-year-old girl, who’s lost both her parents and her sister in the tsunami, seems to behave normally at school. But at home she hits out violently at her grandmother, who is caring for her, and repeatedly demands to know when her mother will return.

This is just one of the examples which child psychiatrist, Dr. Junko Yagi, in one of the worst-affected prefectures, Iwate, offers to illustrate on the ongoing need to help children in the disaster-affected area come to terms with their often traumatic experiences.

“What we are seeing is a scissor split, with most of the children getting bet ter but a small number of more serious cases emerging,” Dr. Yagi says.

That is partly explained, she says, by the stresses which are taking their toll as children try to follow the adults’ exhortations to move forward with their lives. “Some patients are only now starting to develop dissociation and depression symptoms. They seemed to be actively moving forward with their lives but in reality, they were in a state of hyper-arousal. They are tired and exhausted.”

So what would Dr. Yagi do differently? Is the widely used slogan, “Ganbaro Iwate”, which could be translated as, “Iwate, get back on your feet”, a misplaced approach?

“I would keep ‘Ganbaro Iwate’, but I would also try to give people more psychological education to help them understand and ‘know the enemy’, and develop coping strategies to deal with loss and trauma,” she says.

That psychological education is part of her approach in the case of the five-year-old. Apart from a weekly play therapy session, in which the child is enabled to express her emotions more easily, “I have also worked with her grandmother to help her have a better understanding of how children relate to death and to enable her to communicate with the child better and to express her own grief.”

The grandmother had told the little girl that her mother “has gone to be a star in the sky”, leaving the girl not understanding the reality of her mother’s death and feeling that she might have been the cause of her unexplained departure.

Such therapy is currently carried out in three centres in the prefecture – Miyako, Kamaishi and Kesen. Dr. Yagi is one of the key figures in the process of setting up a centre for children’s mental health care in the Iwate Medical University in Morioka, which will be financially supported by the Japanese Red Cross Society.

“In this way, we will be able to get the benefit of training for the local doctors who are dealing with these cases by leading experts in the field, and also more young doctors will be encouraged to train as child psychiatrists,” she says, adding that a shortage of medical human resources had been a serious issue even before the disaster. 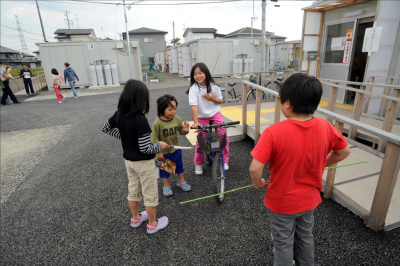 Dr. Yagi estimates that among the children she has been involved in caring for, about 80 per cent are showing signs of improvement while 20 per cent are worsening.

But she points out that a portion of this latter group also experienced psychological health issues including various forms of trauma and vulnerability before the disaster. Another six year-old girl had been badly affected by the cremation of her maternal grandfather, which happened before the tsunami. Her condition worsened after the disaster claimed her paternal grandfather.

“I am totally useless and I just want to die,” she had written to her grandmother and mother in a series of letters. Even though she received supportive replies in return from her family, in which her mother and grandmother both told her, ”I love you very much”, the girl could not help thinking negatively. The play therapy conducted by Dr. Yagi helped her understand and verbalize the reasons why she wanted to die – because she loved her grandparents so much and felt guilty towards them. “Survivors’ guilt is a key issue for many of the children affected by this disaster”, says Dr Yagi.

There are also other issues, such as increasing incidence of child abuse, which manifest themselves in many post-disaster contexts.

This northeastern part of Japan has long had a history of being relatively under-developed in terms of health infrastructure. So the building of a new centre - with support from the Red Cross - for looking after children’s mental health, “will not only help the people affected by the disaster, but change the whole picture of children’s mental health care” in the region, Dr. Yagi says. ENDS