【Overview】FPCJ Symposium “Issues Facing the International Order from the Perspective of the Foreign Media” （Thursday, February 9, 2017）

On February 9, 2017, Foreign Press Center Japan held an international symposium (supported by the Ministry of Foreign Affairs) on the theme Issues Facing the International Order from the Perspective of the Foreign Media. The symposium included journalists from the U.S., the UK, and Canada as panelists along with Japanese experts. With the international order wavering as a new U.S. administration takes power and the UK moves toward leaving the EU, the panel looked at the influence of domestic issues on foreign policy in Japan and Western countries. They also debated from a comprehensive perspective, including security and the economy, what roles the media and countries including Japan can play to ensure the stability and prosperity of the international community.

1. In Session 1, the panelists described the situation in their country and position of the media from their perspective, on the topic of the influence of domestic issues on foreign policy in Japan and Western countries. (listed in the order they spoke)

With the Brexit referendum, the last 50 years of foreign policy have been reversed. In the UK, broadcast media is strictly regulated and expected to be impartial, but print media and social media take obviously partisan stances, always acting as active participants in national debates. The current situation in the UK is in part influenced by the Iraq War and the financial crisis during the 2000s, as these economic and foreign policy failures led to UK residents losing trust in experts, politicians, and the leadership of the country, with the end result being the Brexit vote.

The phrase “America First” favored by President Trump was used by isolationists in 1941, and President Trump’s use resonated well with blue-collar white voters who feel they have been left behind. Regarding the new administration’s comments fanning fears of terrorism, she said the biggest issue facing the U.S. is terrorism, and a close watch should be kept. President Trump’s use of social media to reach U.S. voters has changed the role of the media in America. The media has a responsibility to check facts and inform the public.

With no major political shifts, no multilateral framework like the EU, and no major terrorist attacks, Canada is like an “island”. With multiculturalism forming the foundation of its foreign policy, the decision to accept Syrian refugees did not cause any particular fear or resistance. However, as Canada is reliant upon its neighbor the U.S. as a trading partner, the new administration will likely have an effect on domestic policy. Currently, the country is watching what actions the Trump administration will take, treating it like a sleeping elephant that they hope won’t roll over and crush Canada. The Canadian media does not have as much influence as the media in the U.S. or UK, but they do release a lot of information using social media.

Japan has not seen a rise in right-wing populism as has occurred in the U.S. and UK. The reason for that is the current stable, conservative administration, and because circumstances make it difficult for a sense of crisis threatening the collective space to occur. Although Japan has had one of the more stable foreign policies among developed nations, with the new Trump administration there is now strong concern over uncertainty with the U.S. alliance and economic relations.

From the perspective of a world-history framework, there is a shared trend in developed countries of a backlash against the rapid globalization that has occurred since the end of the Cold War. This backlash was strong in the U.S. and UK, and occurred early, but in Japan it is suppressed and the timing is delayed. Japan spent 20 years looking inward after its economic bubble burst, and only now is the stable Abe administration pursuing “foreign policy that takes a panoramic perspective of the world map,” with an atmosphere that Japan should wield influence overseas again.

Together with moderator Mr. Hirotsugu Aida, a professor at Aoyama Gakuin University School of Global Studies and Collaboration and a contributing editorial writer for Kyodo News, the panelists discussed the specific situation in each country regarding topics such as social media’s influence on politics and determining the reliability of information. 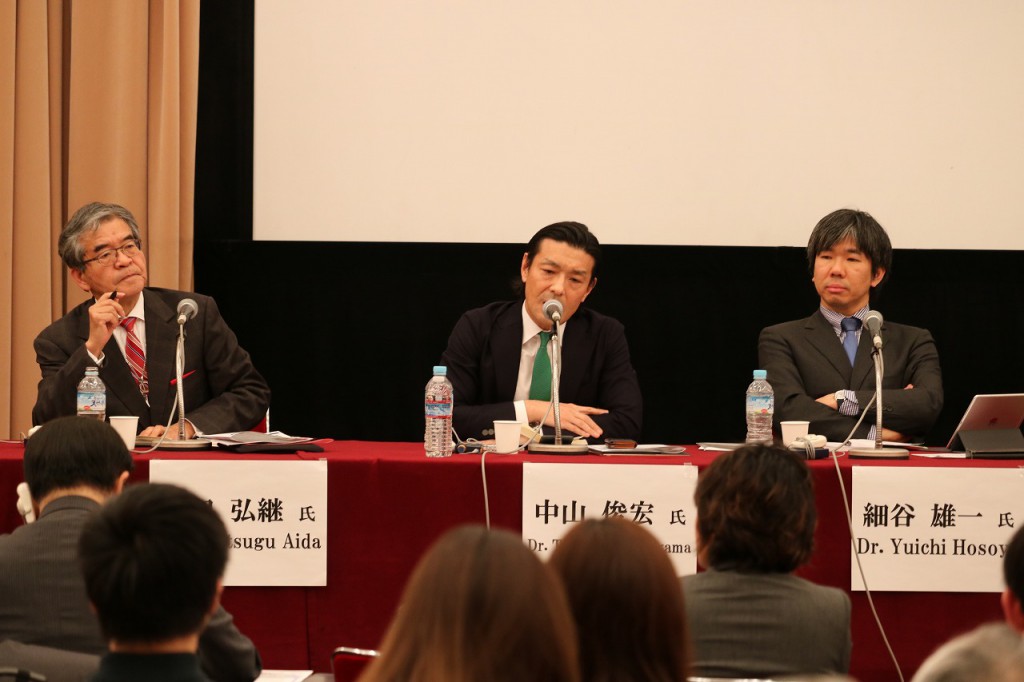 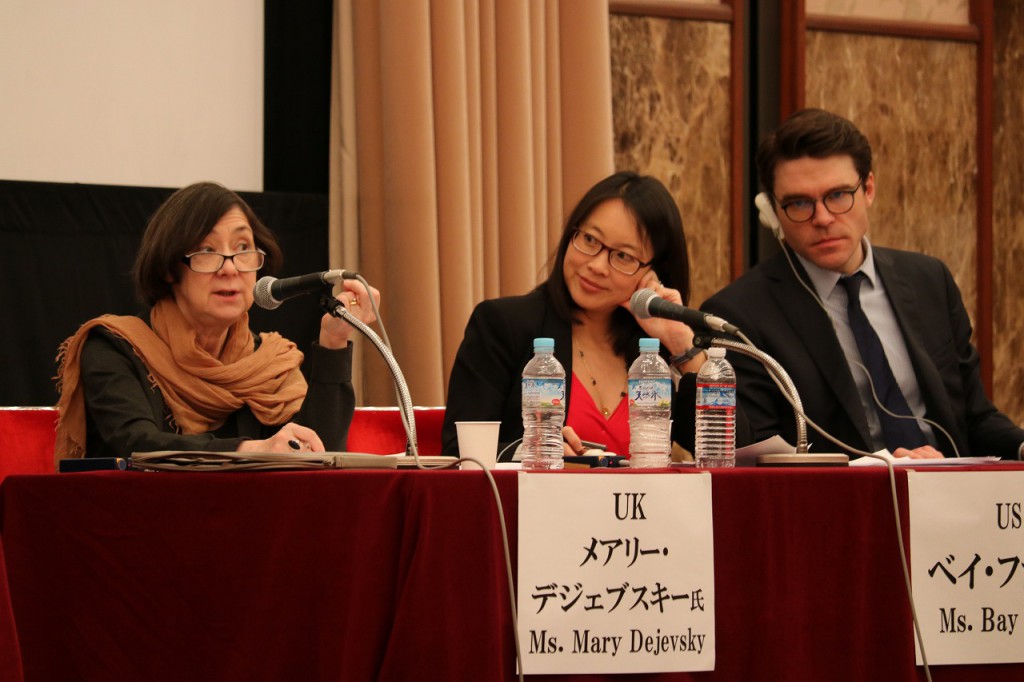 2. In Session 2, the panelists described the situation in their country from their perspective on the topic of what role countries can play to preserve the stability and prosperity of international society, particularly in the Asia Pacific region. (listed in the order they spoke)

In 2015, the government changed from the Harper administration to the Trudeau administration for the first change in 10 years. During the Harper years, Canada stopped participating in UN peacekeeping operations and pulled back from a multilateral approach in what could be called a “Canada First” policy. But with the Trudeau administration, Canada is participating in peacekeeping operations in a return to multilateralism, and is approaching foreign policy from a liberal perspective.

Until now, American policy was based on spreading democracy around the world through frequent intervention in other countries, but President Trump has declared that the U.S. will no longer fulfill this role in multilateral talks. America’s withdrawal from the TPP means that it will no longer be a rule maker for peace and stability in the Asia Pacific region, but it is unclear if this means the U.S. will accept China being in control of the region. It will be necessary to observe closely what kind of role President Trump intends to play in the region.

The UK’s foreign policy is fluid. The official view of the UK is that by leaving the EU, trade barriers with countries outside the EU will be eliminated and the UK will globalize further and return to an international role. However, since the Leave supporters feel nostalgic for the good old days it is possible the UK will become inward looking, pulling back from the international community and withdrawing from the global economy. It may be possible that there will be an attempt to find a balance between isolationism and a “Global Britain.”

In the current international community, many countries have some kind of domestic sickness limiting their ability to act. For example, the Trump administration taking power in the U.S., Brexit in the UK, and using force to attempt to change the status quo, as Russia and China have been doing in Ukraine and the South China Sea. In this situation, there are hopes that Japan will play a leadership role with its stable government administration, but there are many uncertain factors which will make this difficult.

It may be that the U.S. is trying to become a “normal country” that does not fulfill a special role in the international community. With some anonymous surveys showing an approval rating over 50% for President Trump, if this is the reality of the U.S. that Japan must face now, it may lead to a complete upheaval of the existing Japan–U.S. security framework. Although noting an unexpected side-effect of the Trump administration is that it has prompted Japanese citizens to think about what could replace the existing Japan–U.S. alliance, Japan should also make clear that it is the best partner for the U.S, and is necessary for stability in the Asia Pacific region.

The moderator Mr. Aida concluded by saying that although the world may go through major changes, he would like to keep the ideas of the day’s symposium in mind while observing the situation of the international community.

The Q&A session included questions from the audience about renegotiating NAFTA, expectations for the Japan–U.S. summit, political movements by youth in the UK and around the world, and how the American media will cope with the Trump administration’s attitude towards them. 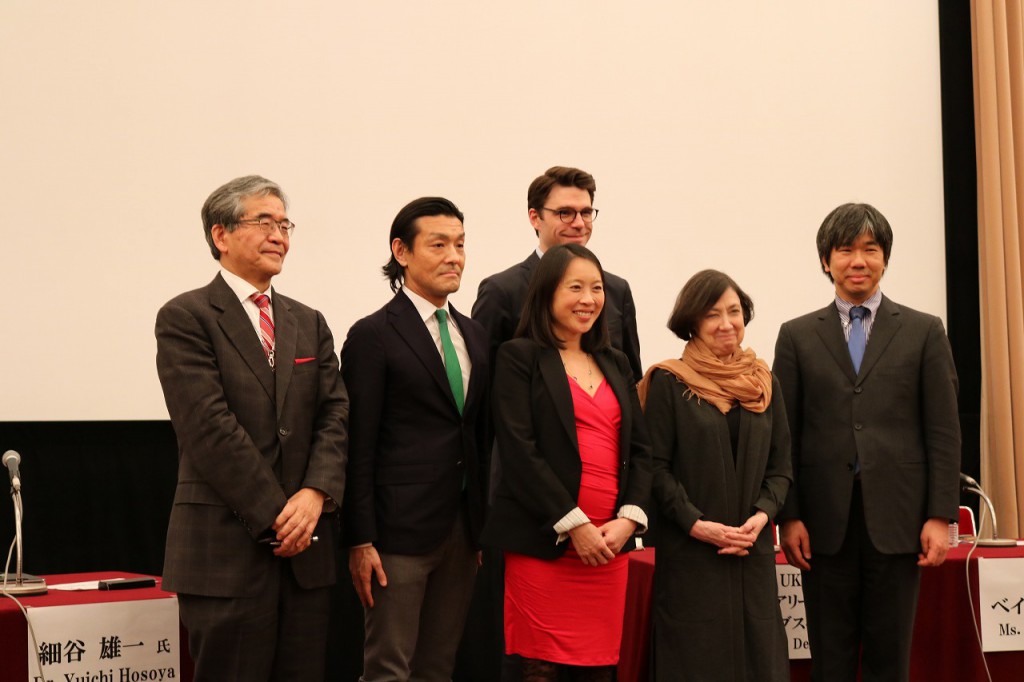 The symposium had 133 attendees, including Japanese and foreign media, embassy officials, local government officials, and representatives of universities, businesses, and other organizations.