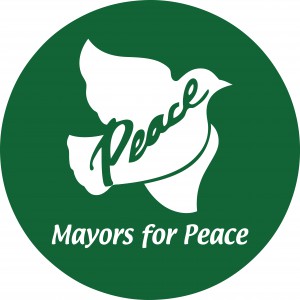 Mayors for Peace is an international nonpartisan, non-governmental organization with members who profoundly empathize with the spirit of Hiroshima and Nagasaki and strive to establish a world free of nuclear weapons, as well as to realize peace and sustainable development. These aims are based on the responsibility of mayors to protect the safety and welfare of their citizens. Our organization is currently composed of 7,146 member cities from 161 countries and regions, representing over a billion citizens of this earth. And our numbers are growing.

In late August, the UN’s Open-ended Working Group on nuclear disarmament adopted its report by an overwhelming vote. It recommended, with widespread support, for the General Assembly to convene a conference to negotiate a legally-binding instrument to prohibit nuclear weapons in 2017. The government representatives are currently gathered at the UN Headquarters in New York for the 71st Regular Session of the General Assembly and will discuss the subject of commencing the 2017 negotiations.

On the eve of the commencement of this year’s deliberations in the General Assembly’s first committee from October 3 to November 3, Mayor Matsui of Hiroshima, who is the President of Mayors for Peace, has issued an appeal to nuclear armed states and their umbrella allies calling on their innovative leadership in advancing global nuclear disarmament through their national policies and international cooperation. Please read this message written with our fervent wish to realize a peaceful world free of nuclear weapons.

It is our hope that this message can help strengthen momentum in the international community to work together for our common good and facilitate dialogues leading to the elimination of nuclear weapons.

◆More details can be found here. 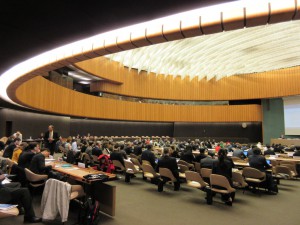