Japan Science and Technology Agency: The National Museum of Emerging Science and Innovation (Miraikan) will feature the “iPS Cells for a New Future” Week

The National Museum of Emerging Science and Innovation (Miraikan) will feature the “iPS Cells for a New Future” Week from June 13 (Wed.) to 18 (Mon.), 2012, in commemoration of an annual meeting of the International Society for Stem Cell Research (ISSCR) to be held for the first time in Japan. Miraikan will host Professor Shinya Yamanaka, Director of the Center for iPS Cell Research and Application (CiRA), Kyoto University, and Professor Ian Wilmut of the University of Edinburgh, who surprised the world by developing Dolly, the cloned sheep. 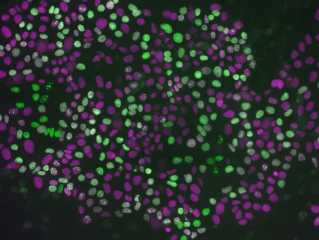 "With some basic knowledge, technically anyone can create iPS cells.” These are the words of Dr. Shinya Yamanaka, who first generated iPS cells in 2006 by artificial manipulation. iPS cells have the potential to differentiate into various cells. It can be said that iPS cells were created by changing the fate of the cells, or in other words, by "reprogramming” the cells. There is considerable excitement around the world for the use of iPS cells in the treatment of many diseases and injuries. What applications do you see for iPS cells? This event offers you an opportunity to consider the many possibilities offered by iPS cells. Dr. Ian Wilmut, who led the research team that cloned Dolly the sheep, and Dr. Shinya Yamanaka will attend the event.
Date: June 17 (Sun.), 2012 16:00-18:00
Venue: 1F Symbol Zone, Miraikan
How to enter: Please apply through Miraikan’s website, on a first-come first served-basis. As soon as the number of applications reaches capacity, reception will be closed.
*This event will be broadcasted live via Ustream in Japanese and English, including the appearances of the participants. Recorded images may also be released via YouTube, etc., at a later date. 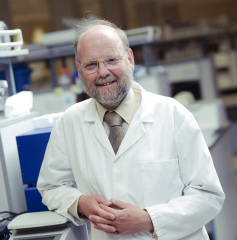 Director of the Medical Research Council Centre for Regenerative Medicine at the University of Edinburgh
Ian Wilmut was the leader of the team that produced Dolly the sheep, the first clone from an adult animal. The group then went on to use the new methods to introduce precise genetic changes into livestock so that they produced in their milk a protein that is needed to treat human disease. His aim now is to be able to produce human cells for use in treatment of disease. 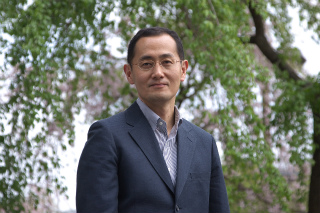 Director of the Center for iPS Cell Research and Application (CiRA) at Kyoto University
In 2007, he developed the technology to establish iPS cells by introducing four types of genes into human skin cells. This achievement drew global attention. He aims to develop methods that will become global standards for establishing and assessing iPS cells, and through disease-specific iPS cells, hopes to contribute to medical research in the areas of pathogenesis and drug discovery. He holds his present post since 2010. 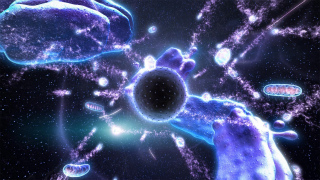 Through the summer experience of the main character Nozomi, a girl in 6th grade, this program introduces, in an understandable way, "iPS cells" whose application is anticipated in the development of new drugs and regenerative medicine. The "iPS cells" expressed with 3D images using CG is as if you were traveling inside a cell.
Term: June 13 (Wed.) – June 18 (Mon.)
Venue: 6F Dome Theater GAIA, Miraikan
Schedule: 12:00 and 15:00
On the day of the symposium (June 17), an additional show will be held from 17:30 and 18:30. A reservation ticket is needed. Reservation tickets will be given out in front of the Dome Theater GAIA on 6F from 14:30 till 16:30.
*The ticket for the permanent exhibition is necessary for reservation.
*The reservation desk will be closed when seats are fully booked.

"Let’s take a look at iPS Cells"
iPS cells can be observed using microscopes. There will be some iPS cell samples made by Kyoto University and the Institute of Physical and Chemical Research.
Term: June 13 (Wed.) – June 18 (Mon.)
Venue: 5F Exhibition floor, Miraikan 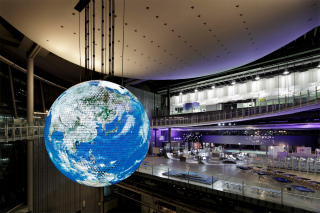 The Geo-Cosmos Special Demonstration
The The Geo-Cosmos, the symbol exhibit of Miraikan, produces a rendition of our Earth shining brightly in space with a super high precision exceeding 10 million pixels. It is the world's first "Globe-like display" using organic LED panels. Using the Geo-Cosmos, we will introduce various view of the Earth.
Term: June 13 (Wed.) – June 18 (Mon.)
Venue: 1F Symbol Zone, 3F and 5F, Miraikan