As the center of religion, academics, and art in Japan for its 1200 years of history, Kyoto has always fascinated people. We interviewed Mayor Daisaku Kadokawa about Kyoto’s appeal and the issues it is facing. (Interviewer: FPCJ President Kiyotaka Akasaka)

～Kyoto, a City Full of Charm～

international students at a cooking class 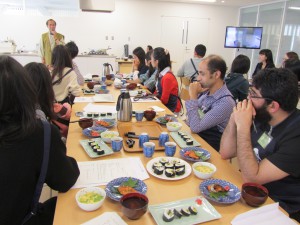 -Kyoto has more universities and students per capita than anywhere else in Japan. So there are a lot of students attending school in Kyoto, including international students.

Ever since Kukai founded Shugei Shuchiin 1200 years ago as a school for commoners, Kyoto has been a city where people can study, grow as individuals and interact with the world. This history-rich land hosts 38 universities in the city, with over 146,000 students and 6700 international students studying subjects ranging from traditional culture to iPS cells. I’m most proud of how, in order to help promote Kyoto as a university town, the City of Kyoto and the Consortium of Universities in Kyoto have created Campus Plaza Kyoto as a center for interaction between Kyoto universities, and of how approximately 50 universities and colleges in and around the city have entered into the Credit Exchange Framework Agreement. The Credit Exchange System allows students to attend classes at other institutions and still receive credit at their home institution. Currently there are 540 courses students can choose from (as of 2013), covering subjects including history, science, culture and art. Courses with a Kyoto focus, such as Introduction to Zazen and Kyoto Studies: History, are particularly popular. I sincerely hope international students take these courses. International students, both current and alumni, help spread the word in their home countries and in Kyoto’s sister cities about how attractive Kyoto is as a place to learn.

–Kyoto is very popular among foreign tourists to Japan, isn’t it? 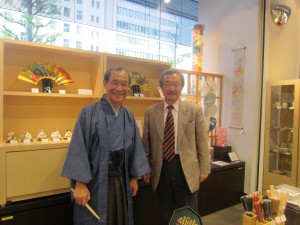 845,000 foreign tourists stayed overnight in Kyoto in 2012, a 64% increase over the previous year. I believe that the appeal of Kyoto lies in the coexistence of tradition and modernity. For instance, visitors can stay in machiya (traditional houses) or world-class hotels. I’ve had a foreign visitor say to me “Other countries have lost their uniqueness as they rush to modernize, but Japan has managed both to maintain its uniqueness and successfully modernize.” To encourage more visitors and stimulate the local economy, the municipal and prefectural governments of Kyoto are working along with the business community on efforts to develop a Kyoto Station route as part of the Chuo Shinkansen that the Japanese government is planning. For the future not only of Kyoto and Kansai, but of Japan itself, in addition to the Kyoto route we are also working towards having all lines between Tokyo and Osaka open simultaneously and extending the Chuo Shinkansen to improve access to the Kansai International Airport., which we consider essential for further stimulation and growth of the Kansai area. 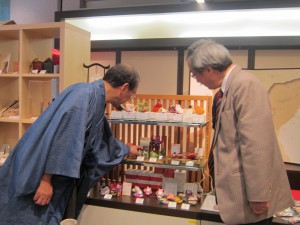 –Kyoto is a blend of tradition and originality. What is Kyoto’s main attraction? 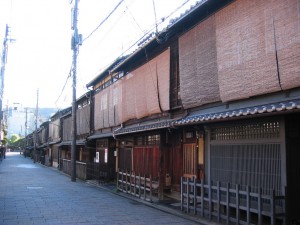 –You are also involved in preserving Kyoto’s unique, traditional cityscape.

After the Landscape Act took effect in 2004, I worked on six landscape policies dealing with regulations on building height and structural designs, preservation of traditional landscapes, outdoor advertisements (banning all rooftop billboards and blinking signs, etc.), and the preservation and restoration of historic cityscapes and systems to support them. In particular, I have been working to remove all  blinking and gaudy signs and rooftop billboards by August this year. Although it has been mentioned that the number of machiya is decreasing, the city is involved in restoring and preserving buildings with historic value. The landscape and culture of Kyoto is an asset to Japan and a global treasure. I am asking all our citizens for help preserving it in order to pass it down to our children. Unfortunately, some people have to sell their machiya in order to cover inheritance taxes. Some system that does not apply federal regulations unconditionally, such as providing tax breaks when preserving machiya, must be considered.

–Since the third United Nations Framework Convention on Climate Change Conference of the Parties in 1997 (Kyoto Protocol), Kyoto has established a reputation as an environmentally-friendly city as well.

In 2009, Kyoto was selected by the national government as an Environmental Model City and our initiatives for environmental protection were highly evaluated. We are making efforts to coordinate our environmental actions in terms of integrated city development including energy policies, aiming at a smart, compact, eco-friendly city. With the cooperation of our citizens, we managed to reduce the amount of garbage by 40% in 13 years, from 820,000 tons to 470,000 tons. We are trying to further reduce this total to 390,000 tons. The cost of garbage collection has also been reduced from \9.4 billion to \5.4 billion. This has led to a reduction in the number of waste treatment plants from five to three, saving \40 billion in construction costs and \1 billion in yearly operating costs per plant.

Japanese clothing is cool in the summer and warm in the winter. Tightening the belt makes me feel dignified, so then I make sure to mind my manners as well. Unfortunately, it is difficult to straighten out wrinkles in hakama (traditional pants). I have to change clothes more frequently when it rains, so my wife always complains that I wear kimonos every day. The easiest way to fix hakama pleats is by lying on top of them, so I always put them under my wife’s futon to fix them.