Magazine Articles of the Month: How Should Japan Approach Afghanistan Under Taliban Rule? 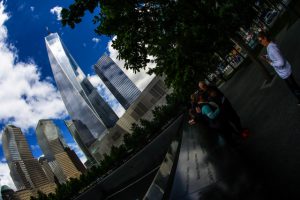 In mid-August, in response to the US military withdrawal from Afghanistan the Taliban advanced on the capital of Kabul and the Afghan government, which had been supported by Western nations, collapsed with little resistance. The chaos in Afghanistan and the resurgence of the Taliban drew the attention of media around the world for days on end, and gave rise to concerns that the 20 years of aid from Western nations for Afghanistan’s recovery, along with efforts for democratization, women’s empowerment, and the protection of human rights, would all be for naught. Japan has also contributed significantly to Afghanistan’s reconstruction, including holding two International Conferences on Reconstruction Assistance to Afghanistan. This is one reason behind the strong interest Japan’s media is showing in every action taken by the new Taliban-led Afghanistan.

■“The collapse of Afghanistan—Lessons from failure and issues for building peace,” Daisaku Higashi, Professor at Sophia University Center for Global Education and Discovery (Sekai, October)

According to Higashi, the democratic nation-building which began in Afghanistan immediately after the US military invaded in 2001 was “nation-building which eliminated all members of the Taliban, who had de facto control of 90% of Afghanistan.” He suggested that because of this, although the Taliban at the time was serious about entering discussions with the new Afghan government and participating in politics, the Afghan government lost their chance to achieve peace with the Taliban through dialogue.

In a survey which Higashi held in Afghanistan in 2008, many civilians, UN officials, and Afghan government high-ranking officials argued that it would be difficult to eliminate the Taliban through military force, and that the only path to peace was political reconciliation with the Taliban. He noted that the Japanese government’s 2009 Afghanistan aid policy included support for reconciliation with the Taliban, but closed-door negotiations were unsuccessful.

Higashi suggested that the main issues facing the Taliban government were establishing an inclusive government with participation from different ethnic groups in the short term, and eliminating international extremist groups in the long term, as well as protecting women’s rights, which is the most important issue in order to gain international legitimacy. Japan, having held two International Conferences on Reconstruction Assistance to Afghanistan, is second only to the US in the amount of civil assistance provided to Afghanistan, and along with the activities of Tetsu Nakamura in Peshawar, the people of Afghanistan have a special respect for Japan, with the Taliban also trusting Japan to a degree. Higashi concluded by stating that with the conflict between the US and China heating up, it was even more important for Japan to “stay close to the locals and respect their desires while providing support for building peace,” and, “This will be a litmus test for future peace-building support by Japan."

■“The dawn of an age of competition without ideals between major powers,” Toshihiro Nakayama, Professor at Keio University Faculty of Policy Management/Adjunct Fellow at Japan Institute of International Affairs (Voice, October)

Nakayama stated that the US is a structurally unstable nation which depends on ideals, and a nation which “tries to predict what the US will be like in the future, and then to find ways to cooperate in working together towards that future.” The 9/11 attacks caused the US to enter a mental state mixing idealism and fear, aggravating the country’s aggressive and engineered idealism to rebuild the world in its own image.

Former President Trump wanted to end the “forever war” in Afghanistan based on an America First context, and President Biden followed through on that idea almost completely. Nakayama stated he was shocked that the US, which entered the Afghanistan conflict under aggressive idealism, gave up so easily on Afghanistan which would not be able to stand on its own without American support. He argued that this withdrawal was a declaration to the world that the US would no longer become involved in projects to attempt to remake the world in its own image, and that this was the prelude to the dawn of an age of competition without ideals between major powers, with fierce clashes of raw strength. Nakayama warned that although the US was unlikely to immediately move towards abandoning its various international commitments, it would become more important for countries and regions around the world to carefully watch how far the US intends to withdraw.

Funabashi noted that the implication of the US withdrawal and Taliban resurgence was, primarily, “The possibility of providing China with a strategic windfall.” China could support a pro-China Taliban government which would assist in eliminating Islamic independence movements in the Xinjiang Uyghur region, while also eliminating Islamic extremists in Pakistan. If a stable oil pipeline from Pakistan to Xinjiang could be put into operation, China could prepare for the eventuality of the US military blockading the Malacca Strait and stopping oil shipments to China if China attacked Taiwan. Funabashi stated this would be the best scenario for China. However, he also predicted that although China would try to use economic aid to control the Taliban government, which has acquired vast quantities of advanced weaponry which the US military left the Afghan army, the Taliban will never renounce Islamic fundamentalism and eventually China will also be drawn into Eurasia’s geopolitical black hole.

Funabashi suggested another danger, “The possibility that China could view the fall of Kabul as confirmation of the acceleration of American decline, and decide to go on the offensive for unification with Taiwan,” and noted, “The Biden administration is trying to justify the withdrawal from Afghanistan as part of a strategy of rebalancing to the Indo-Pacific to oppose China.” He closed by stating that unlike the Obama administration, which was hobbled in its “Pivot to Asia” by Iraq and Afghanistan, “Succeeding at the pivot to the Indo-Pacific is the most reliable way left to the US to restore credibility.”

Suechika noted that it was a crude civilization theory to view all Muslims as potential terrorists or threats to the West, and in fact the majority of Muslims had no desire for a clash of civilizations and were actively adopting Western civilization. However, he argued that with the appearance of the Islamic State, the Western nations were horrified at their extreme hate and violence, and repeated the mistake of viewing Islam and Islamism itself as a potential threat, therefore supporting the extremists’ argument that there would be a clash of cultures and helping them find more sympathizers.

Suechika asserted that a clash of civilizations was a clash of ignorance, failing to learn about members of civilizations other than your own and simply viewing them as enemies, assuming violence is the only way to deal with them. He argued that the international community should not attempt to unilaterally eliminate the Taliban, who have existed as part of Afghan society, but calmly and realistically have them be involved in order to avoid human rights’ crises due to conflicts and oppression.

Suechika commented, “Fortunately, Japan is able to keep some distance from the clash of civilizations,” and stated that Japan should not forget its strength of being able to act as a mediator between the West and Islam. He concluded by suggesting that what the world needs now is to respect other civilizations while having the wisdom to avoid clashes, in order to determine what real threats exist, and this can only be done by gradually learning about others.

Taya argued that the US withdrawal was the right decision, but that they should have withdrawn sooner. According to her, before the US military invasion in 2001 after the 9/11 attacks, Afghanistan was a pre-modern nation divided between warlords, and foreign nations suddenly trying to change it was hopeless, which is why the US military was never more than an occupying force as far as the people of Afghanistan were concerned.

She noted that in contrast, the Taliban had some degree of trust from the populace as they refused bribes and carried out trials quickly. If the US had limited its goals to retribution against Al-Qaeda and quickly withdrawn after succeeding in that goal with Osama bin Laden’s death in 2011, the Taliban would not have grown to this extent and reconciliation should have been possible. The majority of the Taliban are just Afghans following old rural customs. Taya commented that there were many groups, and the moderates are well aware that governance is not possible without foreign aid and the cooperation of regional tribes.

Taya proposed that in order to avoid further chaos, the only decent option was to provide assistance to the Afghan people on the condition of democratization, allowing the moderates to take power and having them cut off ties with international terrorist groups such as Al-Qaeda, and that mechanisms must be built and observation carried out for humanitarian aid to ensure it reaches people who truly need it.