Magazine Articles of the Month: Lose No Time in Reforms for Digital Transformation 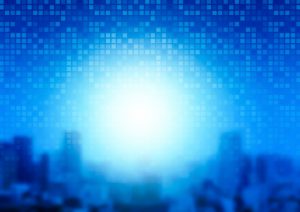 “The COVID-19 pandemic showed that although we have been shouting about the importance of digital transformation for some time now, in reality nothing has been done.” This was a comment made by the governor of Hiroshima Prefecture, considered as one of the local governments having done the most for digital  transformation, to the Minister for Digital Transformation in a discussion which ran in the January issue of Voice. From the January and February issues of major Japanese magazines, this article will introduce the thoughts of the two ministers, Takuya Hirai and Taro Kono, taking the lead on digital transformation, one of the two key policies of the Suga administration. They explain the current situation, their visions for the future, and how reforms will be carried out, followed by an expert's opinion.

A video of the FPCJ’s press briefing by Minister Kono on the topic “How Japan Will Change with Administrative and Regulatory Reform” is available.

■ In a piece titled “We are determined to carry out a ‘reform without excuses’ together”  (Voice, January, Discussion with Hiroshima Governor Hidehiko Yuzaki), Minister for Digital Transformation Takuya Hirai stated, “Having decided to carry out a thorough digital transformation, I will move forward without making excuses.” He noted, “It is important to make a clear distinction between ‘digitization,’ simply converting things into a digital form, and ‘digitalization,’  completely changing processes.” Criticizing the digital transformation Japan has carried out so far, he said it was “half-baked… There was a partial digitization, of business models in the private sector or of government work, but there was no fundamental review of processes… Although many commitments have been made in policies and Cabinet decisions, no results have been achieved.” He followed by stating his intent to create “a society where you can finish government procedures on your smartphone in 60 seconds or less,” with the digital agency planned for this year and a full revision of the Basic IT Law to be submitted to the current ordinary session of the National Diet.

The minister stressed, “The digital agency will follow a policy of ‘no one left behind,’ and aim to create a society which is consistently kind to people.” He described how he wanted Japan’s digital transformation to be different from that of the US and China, and be convenient while being considerate of personal information, solve all kinds of problems including the aging population, and have people recognize anew how wonderful living outside big cities is. He also noted, “There are many companies which talk about digital transformation but instead their internal reserves just continue to grow, and so they are falling further and further behind GAFA,” calling for businesses to become serious about changing their mindset.

■ In “Digital transformation is for the happiness of the people” (Bungeishunju, February), Minister in charge of Administrative Reform Taro Kono described the goal of a “one-stop” administration with simplified procedures for government offices and financial institutions that can all be carried out in one spot in the event of marriage, divorce, or death, and stated that the ultimate goal of digital transformation was to create a society that valued safety nets. The main target of reforms is the declining birthrate and aging population, with measures showing consideration for people in positions of weakness, such as children and the elderly. He argued that since there will be a labor shortage as the population declines, AI and robots should be used for jobs that do not need to be performed by humans. The minister also noted that although the birthrate continues to decline, child abuse and child poverty continue to increase. With one in seven children living in poverty in Japan, and the rate of poverty for singleparent households at 48%, he noted, “This is among the worst for a developed country, and is a shameful situation,” and called for prioritizing “protecting and educating children, society’s treasures, before sending them to join society.”

Arguing that loosening restrictions on online education was one solution to issues with children’s education, he suggested that online education allowed for classes more closely matched with each student’s level of understanding, and that teachers “could focus on students who need more attention and care.” He also stressed one of the benefits of digital transformation, stating that it would “enable the government to extract those people who truly require aid,” instead of treating the populace as a “general
group,” when it comes to issuing disaster certificates and providing benefits in times of disaster such as the COVID-19 pandemic.

■ In an article titled “Survival strategy in the age of AI and digitization” (Voice, January), Keio University Faculty of Environment and Information Studies professor and Yahoo Japan Corporation CSO Dr. Kazuto Ataka stated that many Japanese companies should immediately carry out the digital transformation “which they should have started 20 years ago,” and that more importantly and even before digital transformation they should make three or four business entities separate from their main business, so they can quickly shift to that business once it has matured into a
successful business, as a kind of business migration strategy. He suggested, “The reason Japanese companies have been left in the dust by mega tech companies like America’s GAFA may be because they have been avoiding trying new businesses in new areas.”

On the topic of the Japanese government establishing a digital agency, Ataka welcomed it wholeheartedly as a commitment by the government to be serious about dealing with one of Japan’s greatest problems, and stated, “First, I would like to see a system made so people can access public systems and administrative services from anywhere, and complete those processes digitally.” User ID, in this case a My Number, is necessary to make this happen, and so he noted the need for widespread adoption of the My Number card by the public, which currently only around 20% of people have. He predicted that if a My Number card could be used for administrative paperwork, it would reduce the workload of the front desk at government offices by 80%. He also called for public-private collaboration in human resources, suggesting, “It might be a good idea to try something such as a temporary loan of 5% of the engineers from leading IT companies to the government.”