Seven Years after the Great East Japan Earthquake: The Present and Future of Affected Areas 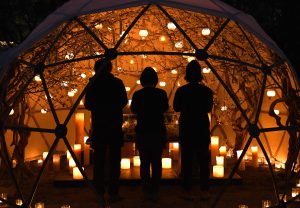 Seven years have passed since the Great East Japan Earthquake occurred on March 11, 2018.

According to the Reconstruction Agency, although the number of evacuees have declined by approximately 50,000 since the previous year, there are still over 73,000 people evacuated. The number of people living in temporary housing has also declined to 19,000 households, down from the peak of 124,000 households. In Iwate, Miyagi, and Fukushima, over 90% of the planned disaster public housing (27,800 units), which was being built as permanent residences for people affected by the disaster, has been completed.

However, there are still over 50,000 people living as evacuees in Fukushima, where the effects of the TEPCO Fukushima Daiichi Nuclear Power Plant accident remain. Although evacuation orders have been lifted for everywhere except certain areas with high radiation, such as Futaba and Okuma, only 3 to 31% of residents have returned to the four municipalities which had evacuation orders lifted in the spring of 2017. Even with evacuation orders lifted, returns are slow.

The national papers all covered this topic in their editorials on March 11, calling for long-term support for a definite recovery, and discussing the countless issues that exist, including the return of residents who have evacuated and cleanup of the Fukushima Daiichi nuclear accident.

The Yomiuri commented positively on how over 90% of planned projects to relocate residences to higher ground and construct public housing for people affected by the disaster have been completed, and the progress in clearing away temporary housing. However, the paper also noted that there are no plans to use 60% of the elevated land meant for housing, stating, “…the town’s future state remains impossible to foresee,” and arguing, “Government-financed recovery projects into which huge sums of money have been poured could ultimately end up creating tracts of empty land. It will be important to actively encourage residents and businesses from outside the disaster-hit areas to use this land to lead to a recovery of activity there.”

Commenting on the nuclear accident, the paper also noted that despite evacuation orders having already been lifted for nine out of eleven municipalities, and nearly a year having passed since lifting the orders for Tomioka and Namie, “only about 3 percent of residents have come back.” The paper noted reasons include the lack of stores and medical facilities, and also stated, “In April, public elementary and junior high schools in five towns and villages, including Tomioka, Namie and Iitate, will reopen. A number equivalent to about 3 percent of students who attended these schools prior to the accident are scheduled to attend them…” Arguing that without younger generations, these regions will have no future, the paper declared, “To help elementary school and other students settle down, it is indispensable to promote measures to attract parents raising small children…. Given this, it is necessary to make focused efforts to build day care centers and promote housing land development.”

The Nikkei, commenting on the over 630 tanks containing contaminated water from the nuclear accident that has been treated, and the possibility of running out of places to store them, suggested, “The only radioactive material in the treated water is tritium, which has a low radioactivity, and so there are no scientific issues with watering it down and pouring it into the ocean. Members of the fishing industry fear unfounded rumors damaging their business if this is done, but the government and TEPCO should make thorough explanations to consumers, and gain understanding for releasing the treated water.” Regarding the “frozen soil wall” made to cut off groundwater from flowing into the reactor building having only a limited effect despite the over 34.5 billion yen spent on it, the paper argued, “An examination into how long it should be used is necessary…. A rational decision considering economic feasibility should be made on whether it is worth spending over a billion yen each month on maintenance.” The Nikkei also noted, “50,000 Fukushima residents have been forced to evacuate, and those residents who have returned are fighting against unfounded rumors causing poor sales of agricultural products,” arguing, “Eliminating these unfounded rumors will be difficult while the contaminated soil gathered during decontamination remains piled everywhere.”

The Mainichi focused on the results of a survey of the residents of Futaba, one of the towns where the Fukushima Daiichi Nuclear Power Plant is located and 96% of which is currently designated as a “difficult-to-return zone,” commenting that many of the town’s residents have evacuated to other places in Fukushima and elsewhere. The paper noted that while less than 20% responded that they want to return to the town, approximately 60% responded that they “want to maintain a connection with the town.” Arguing that this was the key to revitalizing Fukushima’s local governments, the paper called for considering long-term policies. The Mainichi also commented on plans to end compensation payments from TEPCO this spring to coincide with the lifting of evacuation orders. Stating, “People affected by the disaster will have to make a choice about where to live. However, there are people who are unable to choose to return due to circumstances including work and family. Many people are likely to consider a return in the far future,” the paper suggested, “Even if these people are not official residents, a separate system should be considered enabling them to be treated as residents of their hometown after registration.”

The Asahi commented on how even seven years after the disaster, there were still people suffering from fear or a sense of loss, and argued that efforts must be made for “mental recovery” by meeting the needs of each person affected by the disaster. The paper suggested, “The healing of psychological wounds does not mean forgetting about those who perished. Nor does it mean putting the lid on memories. It means a process whereby disaster survivors learn to look back on their past as an indispensable building block of what they are now. To make that happen, those in their surroundings should keep supporting them and watching over them over the long term,” emphasizing, “The heavier the burden, the longer it probably takes before the time is right.”

The Sankei noted concerns over memories of the disaster being forgotten. With damage from the disaster becoming less visible due to rebuilding ports and the construction of housing for people affected by the disaster, the paper argued, “Recovery being the front-page story leads to memories of the disaster being forgotten more easily…. How the memories and lessons of the Great East Japan Earthquake should be passed on is an extremely important issue not only for those areas affected by the disaster, but for Japan as a whole, as a country with frequent natural disasters.” Stating that “Keeping the memories fresh and passing them on will help save lives in the future,” the Sankei stressed, “The power of words is what is needed now” in disaster-affected areas.

*English translations of The Asahi and The Yomiuri are from The Asia & Japan Watch and The Japan News, respectively. Those for  The Nikkei, The Mainichi, and The Sankei are provisional. The content of this page was made by the Foreign Press Center Japan and does not reflect the opinion of the Japanese Government or any other organization.