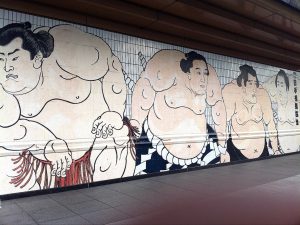 On November 29, sumo grand champion (yokozuna) Harumafuji, from Mongolia, retired as a result of a scandal in which he is alleged to have assaulted Takanoiwa, a lower-ranked wrestler who is also from Mongolia. Japan’s national papers discussed this scandal in their editorials on November 30 or December 1, taking a strongly critical tone and declaring Harumafuji’s retirement was “only natural.” At the same time, the papers also pointed out the confusion caused by the truth remaining unclear, and the lack of governance by the Japan Sumo Association demonstrated by repeated violent incidents. The last time a yokozuna retired as a result of scandal was Asashoryu in 2010, which was also over a violent incident.

■ Assault Besmirching the Title of Yokozuna

Commenting on Harumafuji’s retirement due to an assault, papers strongly criticized the assault, and stated that it was only natural that the former yokozuna retire: “This assault was carried out by a yokozuna, who should be an example for all wrestlers to follow, and so retirement is to be expected” (Mainichi), “It can be said that retirement was the only way to take responsibility for this” (Yomiuri), “Choosing to retire was the proper decision. However, this cannot be allowed to be used to put an end to the issue” (Nikkei).

At the press conference for his retirement, Harumafuji (when asked about the incident) responded, “It is the responsibility of older wrestlers to correct the manners of younger wrestlers.” The Sankei was strongly critical of this comment, stating that not only did he fail to apologize to the victim, Takanoiwa, “He may have felt he was sticking to his principles, but this seemed like a poor excuse arguing that violence was justified.” The Asahi similarly stated, “This response seemed to indicate a belief that exercising force is allowed as long as the goal is proper,” and the Nikkei declared, “This answer seems to be saying you can exercise force as long as you believe you are right. If this is indicative of the character of the sumo world, then this attitude must be corrected as soon as possible.”

The alleged assault took place on the evening of October 25 during a drinking party in Tottori City, but with the truth of the matter still unclear over two weeks after it came to light, the papers all criticized the response by the Sumo Association.

The Asahi noted that, even considering the involvement of a police investigation, “Steps to clarify the situation have been extraordinarily slow,” and argued one reason was that Takanohana, the stablemaster of the stable which Takanoiwa belongs to, was refusing the Sumo Association’s request for an explanation. The paper stated, “It is hard to understand why he would do this…. The Sumo Association is not responding to this ‘rebellion’ by Takanohana, making this an undeniably serious situation.” The Sankei also stressed, regarding Takanohana’s refusal to assist in the investigation, “This situation demonstrates the lack of governance and awareness of its own involvement by the Sumo Association.” The Mainichi stated, “His refusal to cooperate is incomprehensible,” and questioned Takanohana’s actions considering his position as a JSA director and head of regional tours.

The Yomiuri and Sankei also questioned the attitude of another yokozuna, Hakuho, who was there during the incident. The Yomiuri criticized Hakuho, who should act as a model for all wrestlers, casually commenting during an interview after his victory at the Kyushu tournament that he would like to see Harumafuji and Takanoiwa return to the ring, and also criticized the fact he led the crowd cheering “banzai” three times: “It was inappropriate for Hakuho, who was at the drinking session where the assault occurred, to lead these cheers.” The paper also mentioned how Hakuho protested judgements by referees at the Kyushu tournament, and stated this showed his “exceptional record giving rise to arrogance.” The Sankei also critically noted, “What are his thoughts on his responsibility in not stopping Harumafuji despite being at the scene of the incident?”

■ Criticism of Response by Sumo Association

The Asahi, stating that this incident showed “the character of the sumo world, far removed from the sensibilities of normal society,” criticized the response by the Japan Sumo Association as showing a “lack of governance.” In particular, the paper noted how the association failed to implement proposals for structural reform, introduced after continuous scandals, of having half of its directors from outside sumo, commenting, “With 10 former wrestlers as directors and 3 directors from outside sumo, the organization is inward-looking.” The paper argued this incident is “more than just a question of the dignity of yokozuna, it casts doubt on the association itself.”

The Sankei, stating that the reason this incident is not being solved smoothly is because “the association’s governance is incomplete, allowing members to do whatever they want,” declared, “The current Japan Sumo Association is not fulfilling even the minimum of its responsibilities as a Public Interest Incorporated Foundation.” The Nikkei mentioned the 2007 incident in which a stablemaster had one of the wrestlers in his stable beat to death, and the 2010 incident of yokozuna Asashoryu drunkenly attacking a man, stating, “Looking at the scandals caused by the yokozuna, it must be said that the Sumo Association has been ineffective in preventing a reoccurrence.” The paper called for improving countermeasures, such as increasing the availability of existing reporting methods and training inspections.

*English translations of The Yomiuri is from The Japan News, respectively. Those for The Asahi, The Mainichi, The Nikkei and The Sankei are provisional. The content of this page was made by the Foreign Press Center Japan and does not reflect the opinion of the Japanese Government or any other organization.