What Effects Do National Academic Assessments Cause?

The Asahi Shimbun: Use national tests as catalyst to overcome inequality

The Sankei Shimbun: Competition led to improvement in national tests 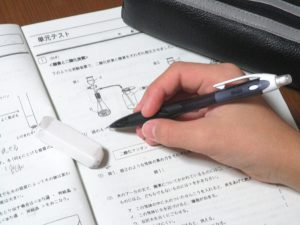 On August 28, the Ministry of Education, Culture, Sports, Science and Technology announced the results of national academic achievement tests for 2017. These tests have been carried out since 2007, with students in their final year of elementary and junior high school writing the tests. These tests, the 10th to be carried out, measured basic knowledge and applied skills in Japanese language, arithmetic, and mathematics.

In the 1960s, academic assessments were stopped due being strongly criticized for encouraging competition for high scores. Later, with claims that the yutori education policy of the 1990s caused a significant decline in students’ academic achievements, assessments were restarted for the first time in 43 years in 2007, targeting all grade 6 elementary students and grade 3 junior high school students. The tests were not held in 2011 due to the Great East Japan Earthquake, but this year they were held for the 10th time, at 29,850 schools. In addition to the results for each prefecture, this time separate results for all 20 designated cities were announced as well for the first time. Although an improvement in academic abilities could be seen this time as the gap between the prefectures with the lowest grades and the national average shrunk, the percentage of correct answers for applied questions was still only around 40%, an issue in applying knowledge that has been noted since the assessments began.

Four of the national dailies (excluding The Nikkei) discussed the results of the academic achievement assessment in their editorials after they were announced. Except for The Mainichi, which called for a switch to a sampling survey, the other three papers (The Asahi, The Sankei, The Yomiuri) all to some degree praised the increase in the base level of academic ability. The papers also suggested reasons for the results of designated cities (major cities) being higher included the presence of gakushu juku (cram schools), and also noted that this clearly demonstrated the problem of the connection between poverty and academic inequality.

The Yomiuri (August 31) approved of this year’s results, stating, “The gap between poorly performing prefectures and the national average is shrinking.” The paper noted that in high-ranking prefectures “efforts that put high value on children’s own initiatives and that let them learn through interaction are producing good results.” With Akita consistently ranking highly using these teaching methods, over 10,000 people have visited the prefecture to observe these methods in recent years, and The Yomiuri argued “The sharing of effective teaching methods should be promoted.” The paper also emphasized that “Developing abilities needed in the real world” remains an issue, as “Poor results in applied questions that test a student’s ability to think and express their thoughts have persisted since the tests were launched.” Regarding the high rate of correct responses in designated cities, The Yomiuri stated “they provide a comparatively favorable learning environment, such as having many cram schools.”

The Sankei (August 29) was also approving, stating, “The trend of an increase in academic ability has been established over these 10 years.” Also, citing successful examples such as how the test results have led to people throughout Japan saying, “Study teaching methods from Akita, and school management from Fukui,” the paper emphasized that “This is the result of having academic tests with rankings made public.” Regarding the results of designated cities, The Sankei argued, “One reason that the big cities are ranked highly is thanks to cram schools. Efforts must still be made to improve the quality of public education.” The paper argued that the ministry should promote more successful initiatives by the top rankers, and by municipalities and individual schools, declaring, “It is unfortunate that they are refraining due to fears of criticism that they are ‘encouraging competition’ or ‘creating a hierarchy.’”

■ Arguing for Change to “Sampling Surveys”—Mainichi

The Mainichi (September 1) took a different stance from the other papers, noting that there has been no change in the highest ranked prefectures: “This suggests that there were scant positive changes in children's academic abilities, with no signs of their weakness in applied skills improving -- raising the question about whether the test results are utilized in advancing teaching methods.” The paper’s position is that the issues surrounding students’ academic abilities and the current situation is already clear from the national tests that have been carried out so far.

The Mainichi argued that a major reason that local governments keep trying to raise their rankings in this test is due to “The education ministry's obsession with a complete enumeration survey.” The paper also noted that carrying out a complete survey costs about five billion yen each time, and argued, “From a cost-benefit perspective, conducting achievement tests in the current manner ought to be called into question.”

The Asahi (September 1), while agreeing with the position that “Nationwide tests may encourage competition between schools and local governments, and lead to the creation of a hierarchy,” but also gave some praise: “With the tests having been held 10 times as of this year, there is some knowledge that can be gained from the accumulated results.” The paper also argued that the academic assessment tests may also have the benefit of encouraging teachers and principals to provide better classes.

However, regarding the results of the survey indicating that schools with fewer low-income households have better grades, The Asahi declared, “This academic inequality must be eliminated, and the cycle of poverty broken.” Also, noting that Japanese students perform well on international academic rankings, the paper stated, “The time may have come to move past this concern about ‘declining academic standards.’”

*English translations of The Yomiuri and The Mainichi are from The Japan News and The Mainichi, respectively. Those for The Asahi and The Sankei are provisional. The content of this page was made by the Foreign Press Center Japan and does not reflect the opinion of the Japanese Government or any other organization.