Response to U.S.-China Summit: Criticism of Lack of Progress on North Korea

Asahi: Summit over, Trump, Xi must strengthen basis for cooperation

Mainichi: International cooperation is the key to prosperity

Yomiuri: Will China not cooperate with U.S. in pressuring North Korea? 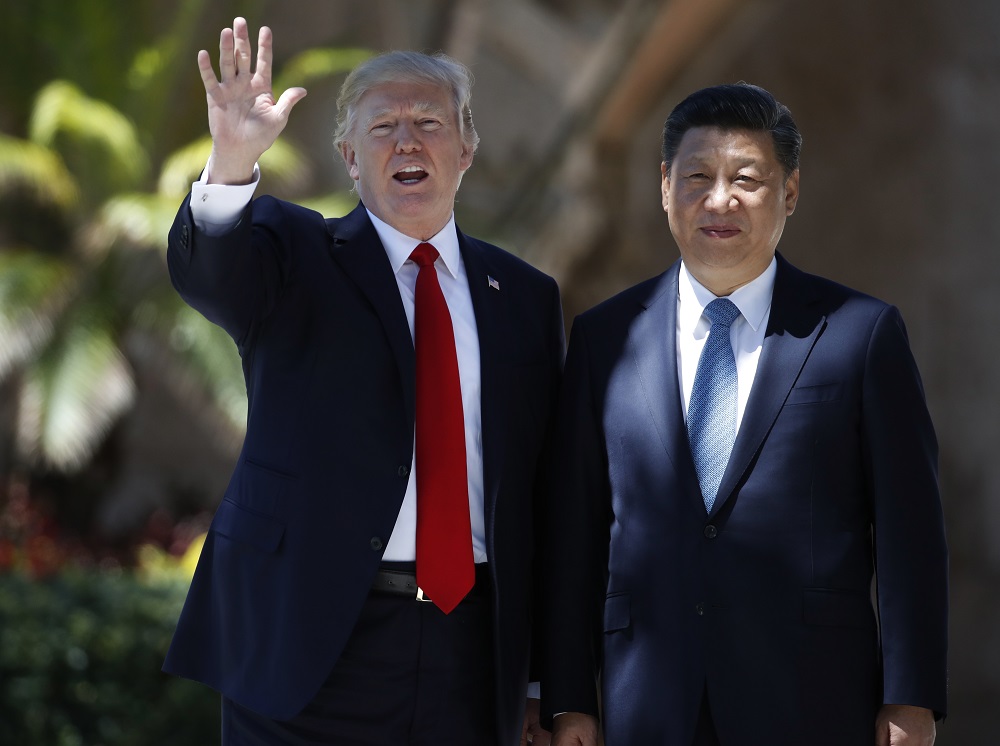 A U.S.-China summit took place between President Trump and President Xi Jinping on April 6 and 7 in Florida. In this first summit between the two leaders, they agreed on establishing a 100-day plan to fix the trade balance between the two countries, but although they reached agreement on North Korea’s nuclear weapon and missile development programs having reached a “serious stage,” no concrete solution was settled on. With Trump deciding to launch a missile attack on Syria during the first day of the summit, international attention and interest were drawn away from the summit. There was also no joint statement released and no joint press conference held after the summit.

All five Japanese national papers commented on the summit in their April 9 editorials, with the majority of them declaring the overall results of the summit “disappointing.” The other four papers except for the Asahi argued from the position that restraining North Korea was “China’s responsibility.”

The Asahi’s overall appraisal of the summit was that, despite it being the first summit between two major powers which both have a heavy responsibility when it comes to the stability of international society, it “effectively ended in disappointment.”

The Yomiuri was also harsh in its analysis, stating the summit “cannot possibly be described as being fruitful.” The paper also noted that the lack of a joint statement or a joint press conference seemed to “demonstrate a wide gap in their respective stances.”

The Mainichi, while praising the agreement on a framework for comprehensive dialogue between the U.S. and China, brought up how the American attack on Syria weakened media coverage of the summit, and emphasized that “there was a lack of concrete results.”

The Sankei, noting how the two leaders not taking an opportunity to announce the results of the summit showed “there is an undeniable gulf between the two nations,” sarcastically suggested, “Maybe they wanted to show how smooth the U.S.-China relationship was.” The Nikkei did not give an overall appraisal of the summit.

■ Criticism of Lack of Progress on North Korea

All five papers were critical of the lack of progress regarding North Korea.

The Yomiuri was concerned that although the two leaders shared the opinion that North Korea’s nuclear weapon and missile development had reached “a very serious stage,” there was “no discussion regarding a comprehensive solution.” The paper notes the reason for this is that although the U.S. warned China that it is “prepared to map out a plan to ‘act alone’ against North Korea,” China maintained the same stance it has in the past. The paper also called for China to “restrict the supply of oil and other assistance to North Korea while also stemming that country’s military provocations, such as a nuclear test and a ballistic missile launch.”

The Nikkei also emphasized that “No clear agreement was made.” In particular, the paper noted that the reason North Korea continues its provocations are because “North Korea recognizes that strategically, China will take its side,” and argued, “China should first apply pressure to North Korea using a method that will have concrete results.” Commenting on China’s maritime expansion in the South China Sea, the Nikkei declared, “If China thinks a framework to avoid confrontation is important, they should first stop taking unilateral action.”

The Sankei had high praise for Trump “showing a stance of active interest” in security for the Asia-Pacific region. In particular, the paper emphasized that the sudden American strike on Syria was a message that the country would take the same harsh “stance” towards North Korea, with its nuclear weapons and missile development, and assassination of Kim Jong-nam using VX nerve gas. The Sankei stated that “a close watch should be kept on how China acts in the future” in response to this display by Trump.

The Mainichi also argued, “China will be expected to take effective action in order to restrain North Korea.” The paper also clearly stated that the Syria attack “was intended to suggest that there might be a military strike against North Korea as well, and push China into applying pressure.” The paper also took note that Xi did not refer to the “new model of great power relations” that China had been promoting as its American policy. Although China explained the reason as being to avoid confrontation between major powers, the Mainichi argued, “If China wants to avoid confrontation, it should stop its attempts to change the status quo through force in the South and East China Seas, and prioritize discussions with neighboring countries.”

The Asahi also stated that “No clear policy for a solution was presented” regarding North Korea. However, the paper noted that although Xi “offered his understanding” in response to an explanation from Trump of the Syria attack, “that probably does not mean that Beijing has endorsed Washington’s unilateral action.” The paper further criticized the U.S. for attacking Syria without waiting for the facts to become clear or an explanation to the international community, stating it “could further complicate the situation.”

The Nikkei, commenting on the U.S.’s trade deficit with China, stated, “Trade imbalance is not just a problem for China. If the U.S. begins to be more protectionist, it will damage Japan as well,” and warned that a close watch must be kept on how the U.S. acts.

The Mainichi noted how Trump had made comments about using security issues as leverage to get economic concessions from China, and warned, “Deals without principles are dangerous. Making a deal with China on security issues without consulting allied countries is unthinkable.”

The Yomiuri withheld judgement on the economic agreements between the U.S. and China such as the 100-day plan, stating that it was “an indication of the present circumstances, in which there is no choice but to put off dealing with individual pending issues” for which a rapid resolution was difficult, such as Chinese cyber-attacks and correcting the trade imbalance.

*English translations of The Yomiuri and The Asahi are from The Japan News and The Asia & Japan Watch, respectively.  Those for The Sankei, The Nikkei and The Mainichi are provisional. The content of this page was made by the Foreign Press Center Japan and does not reflect the opinion of the Japanese Government or any other organization.