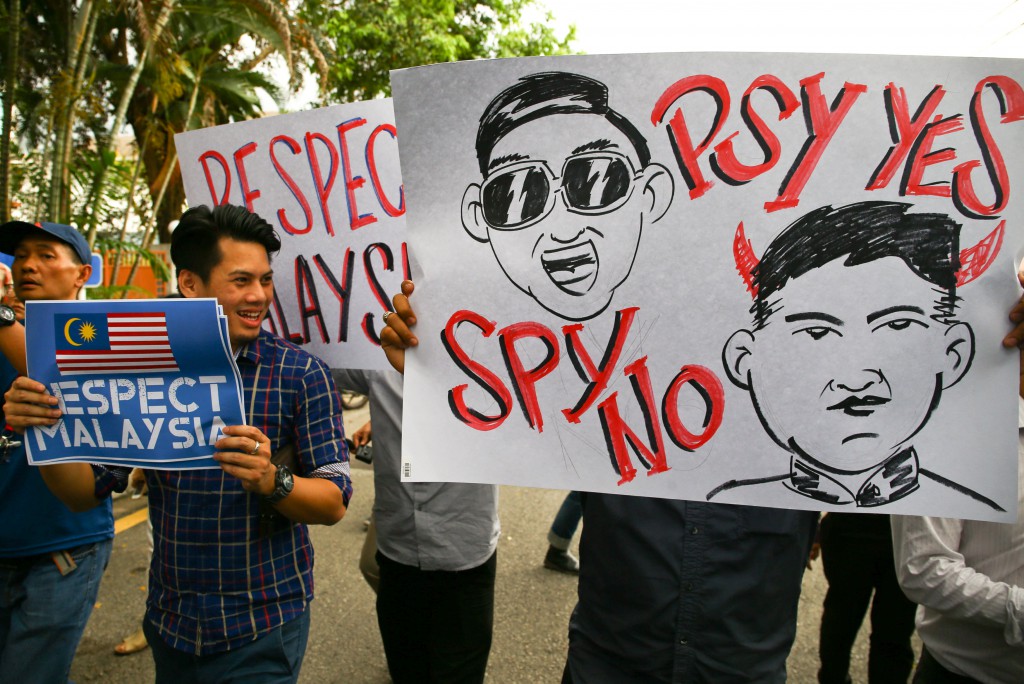 Kim Jong Nam, the half-brother of North Korean leader Kim Jong Un, was murdered at the airport in Malaysia’s capital of Kuala Lumpur on February 13. On February 24, Malaysian police announced that a tentative analysis of the cause of death had detected traces of the highly toxic nerve gas VX from the body, making it even more likely that the government of North Korea was behind the crime.

Although it will still take time for all the details to come to light, four Japanese national papers, excluding the Nikkei, ran editorials on the subject on February 24 (26 for the Sankei). In addition to strongly criticizing North Korea’s involvement in the incident and its uncooperative attitude towards the investigation, the dailies also called for international cooperation in making sanctions on North Korea even stricter.

The Asahi stated that a second secretary at the North Korean embassy in Malaysia being identified as a key suspect in the case was “deepening the suspicion that the North Korean government was behind the crime,” and declared, “the incident has highlighted afresh the eerie nature of the regime.” The paper also emphasized that if North Korean agents were involved in the murder, “it is hard to believe that Kim Jong Un had nothing to do with the attack.”

Critical of the murder as “a premeditated act, prepared deliberately,” the Yomiuri also criticized North Korea interfering with the Malaysian government’s investigation and claiming the murder was “an ‘intrigue’ scripted by South Korea: “Whenever coming under suspicion, North Korea tries to evade responsibility by blaming other countries. It is a usual tactic of North Korea.”

The Mainichi commented, “If the crime was committed by a North Korean state agency, it would mean that North Korea, as a state, trampled on the rules of law of another country,” and argued that as a display of the Malaysian government’s displeasure “It's not surprising that Malaysia recalled its ambassador to North Korea from Pyongyang.” Although Malaysia is “the only major country that North Korean nationals can enter without a visa,” the paper suggested that this assassination meant the relationship between the two countries “is now at risk of deteriorating.”

The Sankei, which ran its editorial after it had been determined that VX nerve gas was used, was extremely critical: “The use of a nerve agent banned under the Chemical Weapons Convention can be considered proof of state terrorism.” With North Korea repeatedly interfering with the investigation, and trying to shift the blame by claiming it is a conspiracy by South Korea, Prime Minister Najib of Malaysia indicated his displeasure by calling North Korea’s actions “rude,” which the Sankei supported.

This incident demonstrated the weak border control towards North Korea by ASEAN member countries. The Sankei in particularly noted that North Korea takes advantage of this weak border control to “carry out both legal and illegal economic activities to acquire foreign currency. They also appear to have established bases for covert operations.” This results in a loophole in the sanctions the UN Security Council has placed on North Korea, and so the paper urged, “With this assassination, the ASEAN member countries should share a perception of the abnormality and danger of North Korea.”

Since citizens of Indonesia and Vietnam, which like Malaysia had friendly relations with North Korea, were arrested for involvement in the murder, the Yomiuri stated that “Distrust of North Korea will unavoidably prevail among other members of the Association of Southeast Asian Nations.” The paper also suggested, “Responding to the incident in Malaysia, ASEAN member countries must actively cooperate in an effort to reinforce a coalition against North Korea.”

The Mainichi, noting that “many countries in Southeast Asia are friendly toward North Korea” as a holdover from the Non-Aligned Movement that began during the Cold War, point out that this assassination “is bound to further North Korea's international isolation.”

The Asahi strongly criticized the situation of human rights violations by North Korea. While reiterating the need for Southeast Asian countries to “sincerely cooperate to uncover as much truth as possible about the murder,” the editorial also argues that “the international community needs to look rigorously into human rights violations perpetrated by North Korea and put strong concerted pressure on the secluded regime to mend its ways.” The paper also critically mentioned the kidnappings of Japanese and South Korean citizens, as well as North Korea’s human rights violations against its own citizens: “It is known that political prisoners suffer hideous treatment at concentration camps in North Korea. Many North Koreans have been deprived of freedom and left suffering in dire destitution.”

The Asahi continued, “The Third Committee of the United Nations General Assembly has passed a resolution condemning North Korea for ‘crimes against humanity’ and calling for referring the situation to the International Criminal Court.” The paper made an uncharacteristically impassioned argument for Japan and the rest of the international community “to take up the serious problem of human rights abuses by North Korea at all multinational forums to swiftly create an environment that effectively forces the country to take action.”