Start of the Trump Administration

Sankei: How to face the world / Japan must push for free trade

Nikkei: Do not allow ‘America First’ to spread around the world

Mainichi: Trump should not divide the world 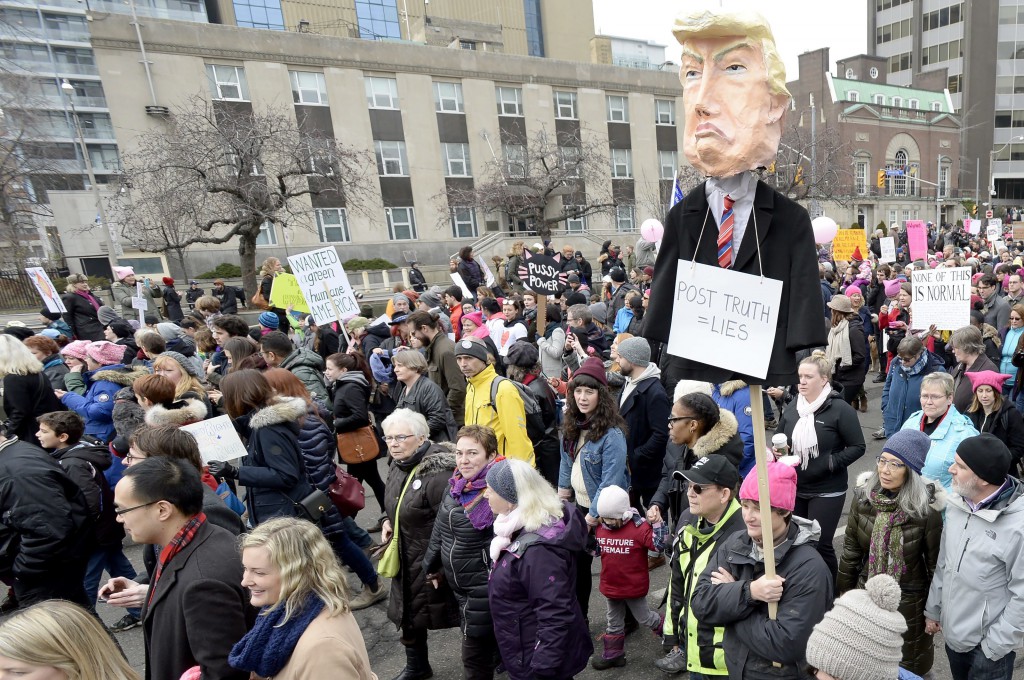 The inauguration of U.S. President Donald Trump took place in Washington, D.C. on January 20, and the new administration announced key policies in six areas, including withdrawing from the Trans-Pacific Partnership (TPP) and renegotiating the North American Free Trade Agreement (NAFTA). The majority of the five national dailies ran expanded editorials, indicating strong concerns over the new administration prioritizing national interests over international cooperation, and calling for strengthening the Japan-U.S. alliance.

The Asahi, Yomiuri, and Mainichi all indicated strong concerns over the future of this administration: “We cannot avoid being surprised and concerned over the great number of inward-looking statements prioritizing the U.S.,” (Asahi); “…the country has got off to a start that has caused concerns over risks for the future of the international order and world economy,” (Yomiuri); “The U.S., which is a symbol of freedom and democracy, is experiencing unprecedented chaos. This, in other words, reflects confusion in the international order,” (Mainichi).

The Nikkei also stated that “If all countries fixate only on their national interests, the end result will be international conflict,” and the Sankei wrote, “It is extremely disappointing that the speech lacked a clear policy for how the U.S., as a superpower, will interact with the rest of the world,” pointing out the dangers of abandoning principles to prioritize national interests.

■ Put the Brakes on Protectionism

All the papers also commented on the withdrawal from the TPP. The Nikkei argued that “If government-controlled trade spreads unchecked, the flow of trade could slow, damaging the growth of the world economy,” and called for Japan to cooperate with the European Union (EU) and others to “put the brakes” on the U.S.’s move towards protectionism. The Yomiuri pointed out that Trump’s opinion on the globalization of the international economy is “nothing but a total misconception,” followed by harsh criticism: “Trump’s zero-sum way of thinking, in which he believes someone’s gain always means damage to others, is futile.”

Regarding the effects on Japan from the U.S. withdrawing from the TPP, the Sankei declared, “This will destroy the foundation of Japan’s growth strategy,” and argued that Japan should collaborate with other TPP member states to “urge the U.S. to reconsider, even if it takes time.” The paper also stated that a withdrawal from the TPP would not only mean fewer business opportunities in Asia for U.S. businesses, but also the risk of China gaining an even larger Asian presence. The paper called for this decision to be reconsidered, noting “Isn’t this a situation Mr. Trump would dislike?”

The Asahi, while stating that the trade deficit and inequalities in currency exchange must be addressed, called for prudence on the part of the Trump administration: “This process should take place via calm negotiations based on a foundation of cooperation.” The paper expressed concerns that if the economic superpower forced other countries to submit to its demands, “The damage would be incalculable.”

■ Emphasizing the Importance of the Japan-U.S. Alliance

On the topic of security and foreign affairs, the four dailies other than the Asahi all argued for reconfirming the importance of the Japan-U.S. alliance and the necessity of the strengthening the alliance.

The Yomiuri, noting that Trump is taking a stance to prioritize bilateral agreements and showing intent to “rule by force” instead of through international cooperation and, firmly declared that “A policy of isolationism to put priority to the United States will not maintain international peace.” The paper called for the new U.S. administration to build a strategy based on reality, and reiterated that “the Japanese government must tenaciously explain…the importance of the Japan-U.S. alliance to the new U.S. administration.”

The Mainichi welcomed the Trump administration showing concern over Chinese militarization of the South China Sea, arguing, “That the Trump government is on full alert against China's moves and is taking resolute action will be beneficial to Japan.” However, the paper called for caution regarding indications that Trump might revise the U.S.’s One China policy, noting that “even a single misstep could trigger a serious U.S.-China conflict, possibly affecting the region including Japan.”

The Nikkei warned that with the U.S.’s inward-looking trend, “The security situation in Asia, which is already destabilizing with China’s maritime expansion and North Korea’s development of nuclear weapons, will worsen even further.” The paper called Japanese Prime Minister Shinzo Abe’s move to visit countries such as Australia and strengthen regional cooperation “the right decision,” arguing, “It will be important to cooperate with neighboring countries in the area of security, and to convince the U.S. to continue to be involved in Asia.”

The Sankei, stating that it is unclear how much of an emphasis Trump will place on the Asia Pacific, called for the U.S. to reveal its world strategy and to state a clear policy for how it would deal with ignoring international rules and “changing the status quo through force,” as demonstrated by China and Russia.

*English translations of The Yomiuri and The Mainichi are from The Japan News and The Mainichi, respectively.  Those for The Asahi, The Nikkei and The Sankei are provisional. The content of this page was made by the Foreign Press Center Japan and does not reflect the opinion of the Japanese Government or any other organization.