Sankei: Continue to be the Land of the Free/Japan must prepare for new alliance relationship 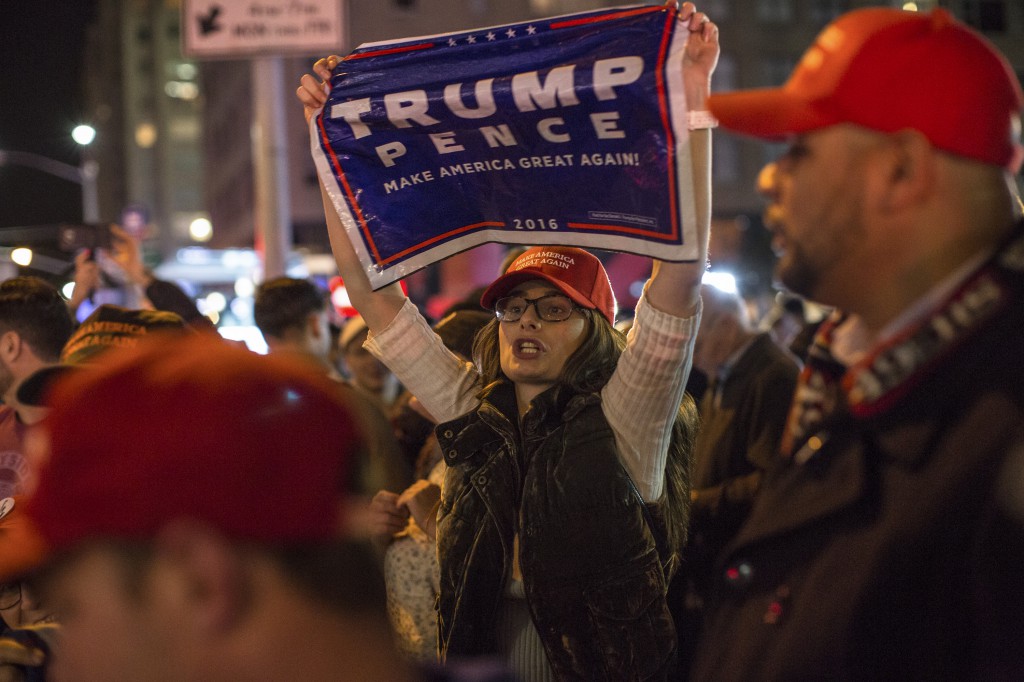 Republican candidate Donald Trump won the US presidential election held on November 8, beating Democratic candidate former Secretary of State Hilary Clinton to become the 45th President of the United States. The five national dailies all ran expanded editorials on the 10th, indicating great surprise at Trump’s victory, contrary to predictions before the election. They also demonstrated strong concerns over how Trump’s radical comments display rifts within US society, a tendency towards xenophobia and isolationism, and the rise of populism around the globe.

All the papers considered the results of this election as having the potential to disrupt the international order and become a turning point for future international relations.

■ Concerns Over Disruption of International Order

Expressing how big a shock this result was, the Asahi called Trump's victory “a huge political earthquake that will shake the postwar world order to its core,” the Mainichi said “Trump's election heralds the changing of the world without any clear prospects,” and the Yomiuri mentions “‘unpredictable’ situations.”

The Nikkei indicated concern that “Having caused controversies with his numerous outrageous comments, he may cause major discord both domestically and internationally,” while the Sankei noted, “A ‘Trump Risk’ is inevitable due to this unexpected result and the appearance of this non-standard figure.”

All five papers indicated strong concern over what this election result demonstrated: a growing tendency to an inward-looking US, rifts in American society and the deterioration of politics, and the global spread of populism.

The Asahi stated, “The advent of a U.S. president who has pledged to adopt an inward-looking foreign policy to make America more focused on its own interests promises to raise serious doubts about the country’s international leadership,” and called for Trump to “[realign] himself to basic American values” such as freedom, equality, democracy, the rule of law and an open free market economy if he really wants to “make America great again.” The paper also argues that this result shows “party politics have become so preoccupied with a narrow-minded partisan struggle that it has become dysfunctional,” and that “From this point of view, American politics has been the biggest loser in this election.”

Noting that this election has been called “the worst of all time,” the Yomiuri argued that “The deterioration of U.S. politics is serious,” as the candidates engaged in name-calling and appeals to populism, without deepening the policy debate, and followed up by stating, “The first thing he has to tackle is mending the rift in American society that deepened through the election campaign.”

The Nikkei, stating that if this election causes Americans to lose their solidarity it will be a major blow to the US’s position of leadership in international society, suggested that “The first task for the Trump administration will be to put an end to these social divisions.”

The Mainichi argued that Trump “takes the position that there is no choice but to destroy the established order and system to eliminate irrationality in U.S. society,” and commented on his strategy of attracting low-income, white voters who are gradually becoming a minority in the US: “In other words, he has been pursuing populism.”

While expressing strong concern over “the growing trend towards looking inward in the US,” the Sankei noted that Trump thinks of things as a profit or a loss, and cautions, “Maintaining international order is a major responsibility, that should not be weighed in such a mercenary fashion.”

■ Unavoidable Impact on Japan-US Security and the TPP

The editorials stated concerns that there would be a negative impact on the Japan-US alliance, and while calling for a calm reaction, argued the necessity of restructuring the alliance relationship in regards to security and economic policy.

The Yomiuri criticized Trump’s foreign and security policies as belittling US allies, and stated, “As China and Russia have expanded their influence, there are fears they could step up efforts to ‘change the status quo through force.’ The U.S.-led world order must not be jolted any further.” The paper also argued that “If Trump actually goes ahead and scraps the Trans-Pacific Partnership free trade agreement and reviews the North American Free Trade Agreement, a fall in U.S. prestige and a long-term decline would be unavoidable.” Stating that “The problem is that the Trump camp lacks skilled personnel resources and has not examined its policies exhaustively,” the Yomiuri proposed, “Japan should consider a new form of the alliance while carefully observing the policies of the new U.S. administration.”

Based on Trump’s call for Japan to cover more of the costs for the US Army in Japan, the Sankei explained that the Asia-Pacific region “is at a crossroads of whether or not China’s unilateral maritime expansion can be stopped, with the outcome also affecting the national interests of the US,” and called for the Japanese government to “carry out efforts to resolve the misunderstanding” about the significance of the US Army as a deterrent. Regarding withdrawal from the TPP, the paper stated, “There is no chance that this would contribute to American growth…. There would be a loss of trust in the US,” calling for Trump to reconsider the strategic significance of the TPP.

Considering the possibility that an inward-looking tendency could lead to a lack of American foreign policy, the Nikkei warned, “We must be prepared for a weakening of American attention towards Asia.” The paper also noted its stance on Japan shouldering more of the burden for US troops in the country: “It is a fact that Japan’s security policy is dependent on the US Army, so some increase in Japan’s share of the cost cannot be helped.” Regarding the TPP, the daily argued that due to the hopes that it will propel Abenomics forward, “This is a blow to the Abe administration, and they will need to rethink their scenario.”

Stating that Trump’s remarks calling for Japan to cover more of the costs for US troops in the country and for allowing Japan and South Korea to possess nuclear weapons “illustrate his lack of understanding of Washington’s relations with its allies,” the Asahi stated that the Japanese government must “make tenacious efforts to convince the president-elect of the importance of international cooperation.”

The Mainichi also argued that “the United States cannot continue to be a great country if it were to make light of its relations with its allies and international cooperation.”