Yomiuri: China being tested over whether it will actually live up to G-20 accords 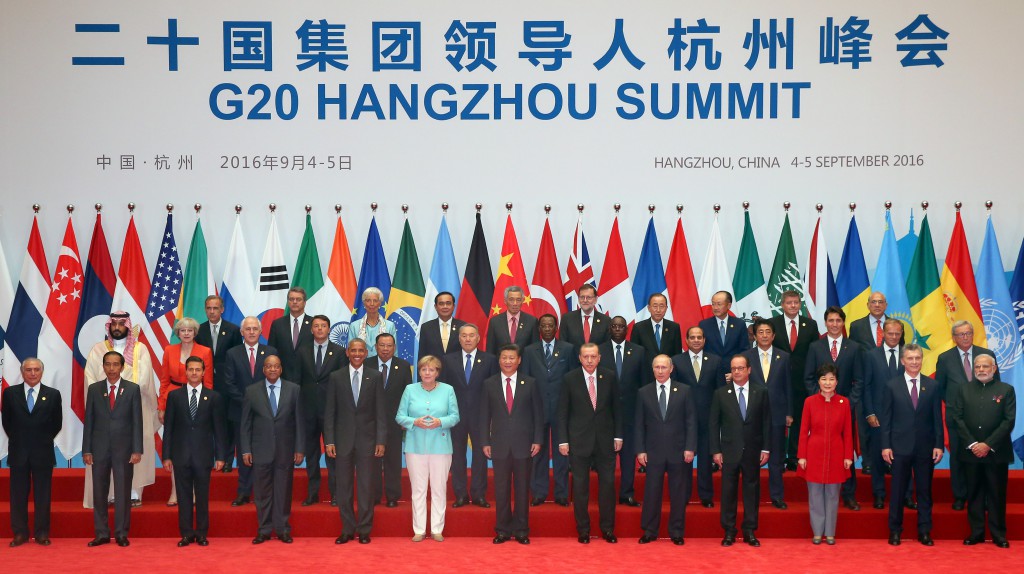 On September 4 and 5, the Group of 20 economic summit was held in Hangzhou, China. At the end of the summit, the leaders released a communique that included mention of using fiscal policy, monetary policy, and structural reforms to avoid further slowdown of the global economy.

In their editorials for September 6, all five national papers agreed there was meaning and value in the G20 nations, including developing countries and oil-producing states, sharing the same awareness of issues facing the global economy. However, the Asahi, Sankei, and Yomiuri in particular were skeptical of economic superpower China’s stance on approaching these issues, and made declarations about how the country should act moving forward.

All five papers noted the issue of China’s excess steel production, which was a major topic at the G20 summit, and from their respective positions the Asahi and Sankei both made harsh demands of the Chinese government.

On the topic of China’s excess steel production capacity, while mentioning that it is a legacy of the massive fiscal stimulus package China implemented in response to the 2008 global financial crisis, the Asahi noted how difficult it would be for China to deal with the situation: “A misguided policy response to the problem could raise unemployment at home and even trigger a financial crisis by worsening the already serious bad debt problem.” Considering these conditions, the paper stated “What Beijing must do is implement economic and social policy measures to achieve the goal while acting on the awareness of its responsibility as a leading world power and working closely with other countries.”

The Sankei commented on the “Global Forum” the G20 called for to solve the issues of excess steel capacity through increased information sharing and cooperation, declaring that “Despite China’s promise to deal with excess capacity, no advances have been made with domestic reforms… it would be premature to say progress has been made on solving the issue.”

The Yomiuri reacted positively to the agreement to form a Global Forum. However, noting that the rampant increases in so-called “zombie companies,” loss-making state-owned companies being propped up by the government, is “posing a risk to the global economy,” the paper stressed that “Because China served as the host nation to work out the agreement, China will be required to carry out its commitments in deed.”

The Mainichi also covered this issue, stating “The G20 looked at the issue of China exporting its excess steel products, causing a drop in international prices. Actions that will be criticized as unfair by other countries should be avoided."

The Sankei was most critical: “China did nothing but present the appearance of cooperation, while running the entire summit so as to hide any truths inconvenient to the country.” The paper also criticized China for not broaching the topics of foreign policy or security due to being afraid of losing face over the issue of China’s rapid maritime expansion in the South and East China seas.

The Yomiuri also had doubts about this G20 summit: “A questionable point is that China guided G-20 discussions into concentrating on economic issues in a bid to avoid discussions over the South China Sea, where it has been building military strongholds. If China remains indifferent to regional stability, it is doubtful whether the country will fulfill its commitment to economic cooperation, too.”

While stating that the most important topics for this G20 were “overcoming low economic growth and promoting a free market,” the Nikkei also stressed that with global economic growth hovering at a low 3%, “It is especially important to carry out structural reforms to enhance the potential growth of countries and regions.”

The Mainichi argued “The issues that must be watched most carefully are the indications of a global trend towards trade protectionism and anti-globalization.” The paper stated that in order to encourage growth of the global economy, the G20 must work on speeding up efforts for free trade again, and to deal directly with the sense of dissatisfaction and unfairness directed towards economic inequality, which is the root of the anti-globalization movement.