Brexit: UK to Leave the EU 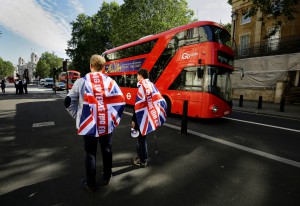 Asahi: ‘Brexit’ vote must not trigger wave of global nationalism

Sankei: Do not abandon the spirit of European integration, major powers must work together to prevent confusion

Yomiuri: Brexit vote a disappointment that will shake the world

The result of the national referendum held by the United Kingdom on June 23 was a victory for the Leave side, supporting a split from the European Union. This is the first time a member nation has chosen to leave the EU since its formation in 1993, and UK prime minister David Cameron, who supported the Remain side, announced his intention to resign in October this year. In response to the referendum’s result, financial and capital markets throughout the world have been in turmoil, leading to a drop in stock prices worldwide. In Japanese financial markets, the yen temporarily increased in value to less than 100 yen per USD for the first time in over two and a half years, while stock prices recorded their 8th-worst drop in history.

According to the Asahi, the decision to leave the EU is “a sign of the British people's will to resist globalization, which has accelerated since the end of the Cold War,” with the paper also declaring that “The stunning decision could turn out to be the biggest tectonic shift in the world order since the end of the Cold War.” Stating that if this trend of unilateralism spreads throughout the world, there is a danger of becoming unable to handle global issues such as climate change and terrorism, the paper argued “The situation where the world is dominated by this inward-looking trend must be prevented.”

The opinion that this vote demonstrated a resistance and rebellion against globalization was shared by all five papers, with the Mainichi stating that “Behind such trends are people's distrust in the elite, antipathy against the expansion of bureaucratic authority and fears that immigrants could deprive citizens of their jobs and privileges in social security,” and recognizing the vote as an indication of resistance to rapid globalization. Giving examples of how far-right parties with extreme nationalist ideologies have been gaining support in France and the Netherlands, and how U.S. Republican presidential candidate Donald Trump has been calling for the exclusion of foreigners, the Mainichi stated that in order to avoid returning to the divided past, “The leaders of countries must move hand-in-hand with their people to prevent [inward-looking] force[s] such as nationalism and protectionism.”

The Nikkei also pointed out that the vote was decided by anti-immigrant and anti-EU sentiment, rather than rationalism and the economic benefits of remaining in the EU, emphasizing that “There is a growing number of people who feel they are not benefitting from globalization, and their pent-up resentment against society as a whole has accelerated the inward-looking trend.”

The Yomiuri stated that the most influential argument on the vote was that of an “immigration cap”: “‘Leave’ campaigners stressed that a sharp rise in the number of immigrants from EU countries has threatened Britons’ jobs and welfare. Such logic appears to have prevailed among low-income earners and elderly people who have been left behind from prosperity in nonmetropolitan areas.” The paper further warned “We cannot help but feel heightened concern over the rise of populism, amid which xenophobic views lurk,” and stated that if this xenophobic trend continues in other European nations, “the nightmare of a domino effect of nations quitting the bloc may become reality.”

According to the Sankei, one factor behind the Leave campaign’s victory was that “They took in the resentment of citizens who felt their jobs had been stolen by Eastern European and other immigrants,” and the paper argued that “The advancement of integration could be said to have brought about ethnic conflict.” Regarding the fact that since its foundation in 1993, the EU has expanded rapidly up to 28 countries, bringing in various Eastern European countries, the paper argued “Although it is praiseworthy that these countries have become more democratic, this expansion may have been too rapid,” and stated that the EU should examine processes for deeper integration.

■ International Cooperation in Response to Confusion in the Global Economy

All five papers commented on the confusion caused in financial and capital markets around the world, and called for greater international cooperation and collaboration in order to avoid economic chaos worse than that of the 2008 global financial crisis.

In the case that excessive exchange rate fluctuations do not calm down, the Sankei suggested it would be necessary for G7 nations to lead efforts in taking emergency measures: “There should be no hesitation in carrying out a coordinated intervention. This will be a test of the solidarity of the G7 nations.” The Asahi also called for rapid action on the stock and currency markets that have been plunged into chaos, suggesting “In addition to Britain and the EU, the Group of Seven major industrial nations, which also includes Japan and the United States, should play the leading role in securing emergency policy coordination to calm the unnerved markets.”

In response to the rapid increase in the value of the yen, the Yomiuri, after stating that “It is essential to make utmost efforts to prevent shrinkage of the world economy through such measures as provision of sufficient funds by central banks,” argued for the option of intervening by selling yen after proper negotiations with the U.S.: “While trying to obtain the understanding of the United States, which takes a negative view of Japanese market intervention in the form of selling yen, Japan should take every possible step to ensure market stabilization.”

The Sankei and Yomiuri both commented on security and foreign policy, with the Sankei mentioning that as the UK has fulfilled a major role in response to Russian territorial ambitions such as in Ukraine, and in response to terrorism by Islamic extremists in the Middle East. The paper warned “A weakening of Europe may destroy the balance of power between those forces that use military force to ignore international rules, such as Russia and China, and those that share the rule of law as a universal value, such as the U.S., Japan, and Europe.”