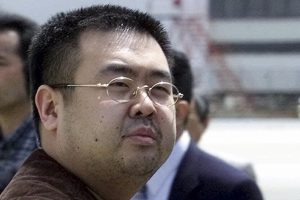 In an essay in the April issue of Voice, Kansai University professor Lee Yong-hwa argues that the key to solving the mystery of the timing of the assassination of Kim Jong Nam, the oldest son of Kim Jong Il, lies in “the idea of a North Korean government in exile,” and the assassination was carried out due to “Kim Jong-un’s frustration and impatience over wanting to remove the potential for this danger as soon as possible.”

In a report in the April issue of Bungeishunju, the Asahi Shimbun’s Seoul Bureau Chief Yoshihiro Makino also argues that the assassination of Kim Jong-nam was related to the idea for a North Korean government in exile. Makino states that the reason Kim Jong-un had Jong-nam killed was the thickness of his blood. Both half-brothers were children of “consorts” of Kim Jong-il, but while Kim Il-sung recognized Kim Jong-nam as his grandchild, Kim Jong-un’s mother Ko Yong-hui was born as a “zainichi Korean, making her a second-class citizen despised in North Korea,” and so Kim Jong-un was never even shown to Kim Il-sung. Makino notes, “It is not hard to imagine that Jong-un felt jealous of and inferior to Jong-nam’s ‘blood.’”

◆Tsutomu Nishioka, “Would someone who is afraid kill even their own brother?” Seiron, April

In an essay in the April issue of Seiron, Tokyo Christian University professor Tsutomu Nishioka states, “Since Kim Jong-un took power, relations with China are worse than ever before.” His analysis is that one reason for the assassination of Kim Jong-nam is due to Kim Jong-un’s fear that “the Chinese communist party was looking for a chance to take out Kim Jong-un and create a government with Kim Jong-nam at its head.” According to Nishioka, Kim Jong-un took a stronger stance against China due to analysis of Chinese policy carried out in 2015 by the North Korean United Front Department and Academy of Social Sciences, which determined, “China is attempting to lead North Korea to reform and open up, and overthrow Kim Jong-un’s government.”

Nishioka also states that Kim Jong-un began to feel persecuted by China due to the actions of his uncle Jang Song-thaek (executed in 2013), vice-chairman of the National Defense Commission, and known for acting as a liaison with China: “Jang Song-thaek continued to send large sums of money to Kim Jong-nam while he was under Chinese protection, using go-betweens such as his nephew, and ambassador to Malaysia, Jang Yong-chol.” With Kim Jong-nam remaining under the protection of the Communist Party of China even after Jang Song-thaek’s execution, Nishioka suggests Kim Jong-un “wanted to assassinate Kim Jong-nam before another Jang Song-thaek showed up.”