Magazine Articles of the Month: What Economic Security Policy Should Japan Implement? 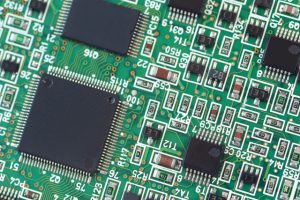 With the mask shortage at the beginning of the COVID-19 pandemic, the current slow vaccine rollout, and the decline of Japan’s share of the global semiconductor market, as well as recent proposals by the Liberal Democratic Party and the Keizai Doyukai (Japan Association of Corporate Executives), this month’s magazines had a number of discussions about Japan’s economic security. The September issue of Bungeishunju had an article by Shigeru Kitamura, former head of the National Security Secretariat (NSS), explaining key points for economic security in the age of big data. The July/August issue of Gaiko, arguing that the focus for economic security had shifted from economic stability and the acquisition of resources to dealing with “the economy as a tool in the struggle for hegemony,” had a special feature, including an interview with House of Representatives Member Akira Amari, who coordinated the LDP’s proposal. Voice looked into the background of the Keizai Doyukai’s proposal.

In this article, Kitamura states that “the global age of economic security has truly arrived,” and warns that even though in recent years security has been expanding from the military field to the economy as well, there has not been an increased sense of crisis within Japan regarding economic security. In the past, military technology such as the internet was adapted for civilian use, but now a tectonic shift in the industry is occurring, with cutting-edge civilian technology such as AI and drones being adapted for military use. The NSS’s “economy team,” created under the leadership of Kitamura, began operations in April 2020 in response to the changing global situation.

He stressed that the key point was that the 21st century was “the age of data,” and that data technology as a whole would determine the fate of nations, arguing that it was urgent to develop an economic security policy to respond to the technological power struggle in the age of data.

Kitamura also commented that the sense of crisis for economic security had grown due to China’s economic and military rise, and that the final goal of China with its One Belt One Road policy was “to create a framework through an unofficial alliance lubricated by Chinese capital,” building a “pyramid-like federation of nations with China at the top,” as opposed to being on equal footing. Having recognized China’s political ambitions to challenge the current international order, the US, under the Trump administration, attempted to prevent advanced technology from going to China through increased investment and export controls.

In contrast, Kitamura noted that there were several problems with economic security in Japan. Regarding the dispute between Toshiba and foreign investment funds over inappropriate pressuring of shareholders, he declared that from an economic security perspective it was “perfectly natural” and not illegal at all for the Ministry of Economy, Trade and Industry to cooperate with and give advice to Toshiba, considering Toshiba’s close involvement in industries related to Japan’s security, such as nuclear power and quantum cryptography. He also predicted, “In the future, stricter procedures will be necessary for foreign investors to purchase shares in core companies dealing with advanced technology.”

Kitamura explained that in order for Japan to achieve technological superiority, it would be important to identify important technologies contributing to security, and to nurture and preserve those technologies. Stating that economic security policies are often misunderstood as pressure from the national government or as an impediment to free competition, he suggested that it was important to gain the public’s understanding, and so active PR and education efforts were necessary.

As the chair of the LDP’s Policy Research Council and New International Order Creation Strategy Headquarters, Amari coordinated the LDP’s recent proposal on economic security, and he commented, “With the arrival of a digital transformation (DX) society, economic security is suddenly in a new phase.” He stressed that with DX, gathering data is key, and so if the semiconductors which support data gathering are violated the damage will spread to every area, and considering the breadth and severity of this impact economic security is a vital factor in protecting Japan, its industry, and way of life.

According to Amari, the essence of economic security lies in strategic autonomy and strategic indispensability. The former refers to being able to ensure the lives of citizens and normal economic activity without excessive reliance on other countries at any time. The latter refers to expanding the areas in which Japan is indispensable to the industrial structure of the international community as a whole. In other words, eliminating Japan’s chokepoints and gaining control over the chokepoints of other countries.

Amari argued that focus should be placed on information and communications, energy, transportation and maritime logistics, finance, and healthcare as five “strategic core industries.” He explained that although a range of chokepoints exist, including daily necessities like medical masks and gloves, they cannot all be covered by Japan alone, and so it was important to build a supply chain with low-risk countries with which Japan shares values. Amari suggested that strategic autonomy could be achieved by carrying out careful research to determine the realities of the situation and respond to them. However, he noted that strategic indispensability was more difficult, as it would be important to discover the seeds which could contribute to the development of sensitive technologies and next-generation technologies, and achieve superiority in those areas. According to Amari, the Cabinet Office has begun initiatives to create databases of collected evidence for research, education, and obtaining funding, and a ten trillion yen university fund will begin operation next fiscal year.

Amari stated that Japan must avoid a situation in which all semiconductors and related products are made overseas, and semiconductors become a chokepoint. He emphasized that in addition to appropriate trade controls, it was vital to stimulate the semiconductor industry within Japan. He expressed his hopes for upgraded economic security initiatives by the government led by the National Security Secretariat’s economy team, and noted his determination to try to pass the economic security promotion law clarifying the basic principles of economic security in the 2022 ordinary session of the Diet.

Suzuki described the type of economic security Japan should aim for: “It should not be redomesticating strategically important industries with no regards for cost. It can be achieved by making Japan an indispensable part of the global supply chain by ensuring other countries have to continue relying on Japan via thorough non-proliferation of technology.”

Regarding the non-proliferation of technology, Suzuki noted that in addition to controls on new technology with potential future military applications, there was also increased concern over technology transfer through the purchase of corporations by foreign capital, and technology leaks due to the movement of personnel.

Suzuki commented on the danger of Japan becoming stuck in the middle between the US and China when it comes to security from regulation by other countries. He noted that if Japan followed American rules and took measures to avoid dealing with China, then China could take action against Japan based on its anti-foreign sanctions law. In order for Japan to survive in such a situation, he argued that Japan should control technology and products that other countries do not have to ensure they are not leaked, and use them to make other countries recognize Japan as indispensable, as a deterrent for economic security.

Koshiba, who took the initiative in coordinating the Keizai Doyukai proposal “Toward the establishment of resilient economic security” which was released in April this year, stated that the impetus for the proposal was a sense of danger that with the current high pace of change around the world, old corporate management methods were no longer sufficient. He pointed out that although a discussion had belatedly started on how semiconductors were a key factor in economic security, Japan had completely fallen behind regarding the similar possibility of military applications of quantum technology.

Koshiba lamented that since the Ministry of Defense, academia, and industry are all involved in economic security but not necessarily closely connected, this created difficulties from the perspective of economic security in innovating and creating new sensitive technologies, leading to Japan falling behind the times. He also argued that it was necessary to improve intelligence capabilities to check researchers’ backgrounds and carry out damage control.

Koshiba noted that decentralization was always important, be it in research, operations, or management, and that it was important to have a system in place so decisions could be made at places on the cutting edge in all areas. He stressed that the increased cost from decentralization was logical as a management strategy. He also argued that with the US-China power struggle, corporations should reduce leverage, slim down their operations and strengthen their balance sheets. He predicted that 2025 would be an inflection point for technology, with the world changing drastically in the next few years through progress in areas such as quantum technology, 5G, and batteries. However, no one has a clear idea of what the big picture will be in that future. “That is a potential major problem,” Koshiba warned.

Koshiba concluded by stating that people tended to forget the fact that national security can only exist with a foundation of economic prosperity, for which corporate competitiveness was vital, arguing that in the end the key players in economic security were corporations, and businesses had to stay aware of that fact.