Implementation of Revised Immigration Law and Acceptance of Foreign Workers 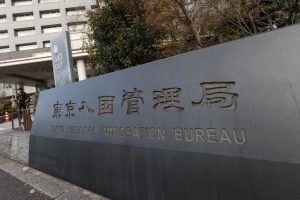 In an essay in Sekai titled “Immigration: Year One—Issues and Outlook,” Toshihiro Menju , Managing Director of the Japan Center for International Exchange, commented on the revisions to Japanese immigration law which were passed in December 2018 to allow for bringing in more foreign workers, saying, “This is a historic shift, worthy of being called ‘the year immigration began.’” He stated that despite facing a sharp decline in population, “Japan is the only developed country without an immigration policy, and in that sense our stubbornness had reached its limit.” Regarding the fact that the government emphasized that “this is not an immigration policy,” Menju gave his analysis that the reason for doing so was due to concern for the negative image people have towards the word “immigration,” and the result of consideration of the severe immigration allergy among conservative members of the Liberal Democratic Party.

Menju argued that the biggest success of this new policy was “creating an opportunity for a national discussion of immigration policy, which had been taboo until now.” Considering the reality of the sudden increase in “migrant student workers” which malicious brokers have had a hand in, he suggested, “Creating a new system for workers is heading in the right direction.” Menju further argued that it would be necessary in the future to decide whether to eliminate the Technical Intern Training Program, the reality of which has diverged from its supposed intent, or to limit it to its original goal of international cooperation.

Menju was also positive towards the creation of a “category 2” for the Specified Skills visa system which allows foreign workers the possibility to live in Japan long term, and the government approving of “comprehensive measures for living along with foreign workers” with an over 20-billion-yen budgetary provision in the fiscal year 2019 budget, at the same time as the revisions to immigration law. Considering the possibility of the number of foreign workers in Japan increasing to ten million in the future and accounting for 10% of the population of Japan, he also argued for the necessity to develop a vision for the future and hold a “multifaceted debate with a broad perspective.”