The Possibility of Japanese Public Diplomacy 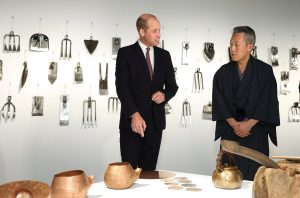 With the soft power of Western nations becoming unstable due to globalization, in an essay titled “Can Japanese diplomacy deal with universality?” in volume 51 of Gaiko, Keio University Professor Yasushi Watanabe argued that for the state of Japanese public diplomacy, “It is self-evident that the basic value desired from Japan is maintaining the ‘liberal international order.’” The reason he gave for this is that despite Japan having a population over 100 million and being the world’s third largest economy, with advanced technology, the country has no ambition towards global hegemony. Opinions toward and trust of Japan are generally positive worldwide, and Japan is even contributing to the expansion of free trade in the world

In particular, in response to Japanese diplomacy being criticized as being in service to the US, Watanabe stated that due to the security environment of Japan, “It is not possible to confront the US in the same way that European nations can,” and argued that the criticism was “inaccurate.” He further emphasized, “It is hoped that while maintaining a sense of balance, Japan will display the wisdom and effort necessary to keep the US on the side of the liberal international order.”

The professor also noted that while Japan’s soft power policy had so far seen some level of success through its Cool Japan strategy and efforts to increase inbound tourism by taking advantage of Japan’s unique culture, art, and language, in the future it will be necessary to further increase Japan’s soft power in the area of universality.

Recently in international politics, taking the examples of the inter-Korean summit and the US-North Korea summit, foreign policy has been becoming public diplomacy as nations compete using influence in each step of the process to bring these events about, and foreign policy has been becoming public diplomacy. Therefore, Watanabe said that he hoped to see foreign policy itself considered as “mega public diplomacy” instead of having a narrow definition of public diplomacy carried out by a specific department, and hoped for mega public diplomacy with enough universality to gain the attention of international society. Related to this, and considering that the modern Olympics started as a type of peace effort, he argued that the Tokyo 2020 Olympic and Paralympic Games and the Olympic Truce “could be used as an opportunity to mediate and produce reconciliation and lessening of tensions while the world watches.”

Kenya Hara, Musashino Art University professor and general producer of Japan House, in an interview titled “What is Japan House?” in volume 51 of Gaiko, explained that the concept for the Japan Houses, which the Ministry of Foreign Affairs established in London, Los Angeles, and São Paulo to increase strategic dissemination of information, was to “bring the impact of learning about Japan to the world,” and argued that the operation of the three houses taking advantage of the personalities of their host cities had been successful. The first Japan House opened in April 2017 in São Paulo, and the original goal of 140,000 visitors in a year was surpassed, with over a million visitors, and Hara gave his opinion that “It has developed into one of the top cultural centers in São Paulo.”

However, stating that if people thought of the Japan House project as propaganda it would immediately lose their interest and trust, he emphasized, “How to effectively use culture in public diplomacy is something that must be carefully considered.” He also indicated how important it was to make careful decisions when proceeding: “Rushing to pursue results would end up making the project meaningless.”

Commenting on the possibility of the number of foreign tourists coming to Japan expanding to 80 million in 2030, Hara stated, “I hope that each Japan House will similarly succeed in making people interested in Japan.”