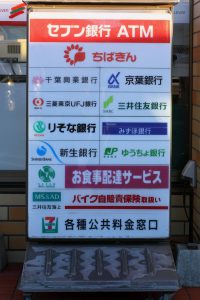 ■Mori Nobuchika, Hiroya Masuda, “This is the only path to local economic recovery,” Chuokoron, April

In a conversation with Financial Services Agency Commissioner Nobuchika Mori in Chuokoron, Nomura Research Institute advisor and former Minister of Internal Affairs and Communications Hiroya Masuda noted that in order to maintain sound financial institutions in regions where regional banks are being put into a difficult position due to the sudden drop in population, it is necessary to work on management integration of regional banks and loosening competition policies. He stressed, “The government must implement policies accepting an ‘orderly monopoly,’ while ensuring proper governance of the business entities.”

Mori commented on the recent trend of regional bank management integration, stating, “By consolidating fund management and systems, the relative cost decreases,” but also declaring, “If financial institutions do not change their business model, they will become unable to fulfill necessary functions for the region.” He suggested it was important for regional banks to use the leeway created by management integration to “provide services that add value to businesses.” According to a report analyzing the future earnings structure of financial institutions, released in December 2013 when Mori was Director of the FSA Inspection Bureau, it was estimated that approximately 60% of regional banks in Japan would be making a loss on customer services by fiscal year 2025.

Mori argued that by regional banks adding value to businesses, the productivity of those businesses would increase and wages in the region would rise, creating a virtuous cycle. To bring this about, he called for personnel being sent back to regional banks from Tokyo, improving the human resources available to implement the ideas of regional businesses.

In an interview in Bungeishunju, Financial Services Agency Commissioner Nobuchika Mori declared that Japan’s financial capital market “has not been stimulated,” noting that the issues facing the financial industry have shifted from bad debts to a variety of issues including low rates of return and the limits of a fee-based business with no customers. In particular, Mori stated that the ultimate goal of financial administration is to “improve the welfare (i.e., happiness) of citizens,” and the requirement to reach this goal is “sustainable business and economic growth.” He further emphasized, “I believe that consulting, particularly finance consulting, to increase the value of regional SMEs and startups is what is hoped for from regional financial institutions.”

Mori also stated that with the major restructuring plans announced by Japan’s three megabanks, along with technological progress, a decrease in the number of bank tellers is unavoidable, but suggested, “In order to carry out business operations putting the client first, the ‘power of humans’ will become even more important.”

In an essay in Chuokoron, S&P Global Ratings Senior Director Ryoji Yoshizawa stated that because overseas sections of Japan’s big banks have relatively large earnings bases compared to regional banks, “They are able to put off dealing with the issues of their domestic section.” However, he argued that if they do not put measures in place to deal with these issues, “The big banks will end up in the same financial difficulties as regional banks.” Yoshizawa suggested three macro issues Japanese banks must deal with to escape this predicament: 1) Surplus funds in the private sector (companies and households) and limited domestic demand for loans, 2) Declining and aging population, as well as a decreasing birthrate, in their home market, and 3) The “overbanking” situation, with an excess number of banks.

Yoshizawa stated that the Japanese economy is dependent on domestic demand, as it is only dependent on exports for 15% of its GDP, and argued, “The frontline of growth is outside of Japan.” He noted that if the situation does not change, it will be difficult to solve the surplus fund issue, the “chronic illness” of Japanese banks. He argued that to overcome existing problems, using financial technology to significantly reduce the ratio of costs to earnings, incorporating the growth of foreign markets through overseas mergers and acquisitions, and creating demand for financial services using mobile platforms are vital. However, Yoshizawa noted that these options “require a certain level of funding,” and concluded, “The financial institutions most likely to survive are likely large, profitable banks which bring in a certain level of earnings.”

■Yasuhiro Sato, “The megabanks should join together against China,” Bungeishunju, April

In an essay in Bungeishunju, Mizuho Financial Group President Yasuhiro Sato commented on the restructuring plan announced in November 2017, involving cutting large numbers of jobs and using more AI and robotics, declaring that in the future the financial industry will become something close to the “financial information industry.” One example he gave was of personal financing using AI, developing new finance types through advanced AI analysis and prediction technology, and “Creating new business models in collaboration with different industries through using big data,” assuming clients agree.

Sato also mentioned J-Coin, part of a system to create a unified foundation for cashless transactions in Japan, emphasizing that the final goal was to “mask the valuable data collected at issuing entities, and make it into open data so it can be used in any industry.” He stated that this would have an estimated economic impact of over one trillion yen in financing, and over 10 trillion yen in total in Japanese industries as a whole. However, Japan has been slow to adopt cashless transactions, with approximately 60% of transactions currently cash-based, and Sato noted that if a cashless transaction service such as Alipay, operated by a subsidiary of China’s Alibaba, were to take off in Japan, “Data on consumer spending habits in Japan would not be collected within Japan.” Sato argued, “A system to ensure Japanese consumer data remains in Japan must be made quickly.” Stating that he would like to see the J-Coin project carried out by not only Mizuho, but by all three Japanese megabank groups, he noted, “The system development can be finished within half a year. If the industry agrees, it could be ready by 2020.”