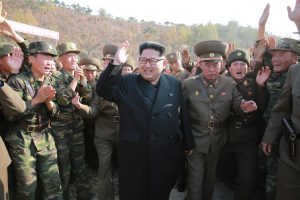 ■Osamu Eya, “This is how real spy ships slip through,” Seiron, April

According to the Japan Coast Guard’s report on wooden boats drifting or washing up on shore, 104 boats from North Korea washed up on the coast along the Sea of Japan in 2017, the highest number ever recorded. In an essay in Seiron, military journalist Osamu Eya responded to the opinion that some North Korean spy ships might be mixed in with these boats washing up on Japanese shores, declaring, “To put it simply, the answer is ‘no.’”

He explained that the boats drifting in from North Korea are flat-bottomed boats usually used on rivers to transport goods, and have no communications equipment on them, so they are likely only able to cover a distance of around 100 kilometers.

However, Eya stated that North Korea’s infiltration of Japan has not stopped, with North Korean defectors explaining that spy ships approach Japanese territorial waters, stop, and release a smaller spy boat from the ship’s stern, which then approaches the planned landing point before its passengers switch to an inflatable boat to land. Eya also suggested “infiltration operations have likely drastically decreased” since the December 2001 Spy Ship Incident in the Southwest Sea of Kyushu.

In an essay in Voice, Katsuhisa Furukawa, formerly a member of the Panel of Experts of the United Nations Security Council Committee on North Korean sanctions, warned that Japan’s laws on illegal exports to North Korea, which continue to be an issue in Japan, have not caught up to reality. According to Furukawa, the reason is “the criminal penalties and administrative measures for corporations and individuals involved in illegal exports to North Korea are surprisingly minor.” He noted that since the laws governing illegal exports are based on the Foreign Exchange Act, even if someone is found guilty of illegal exports to North Korea, the sentence is at most one or two years of imprisonment, and since suspension of the sentence is possible, there have been almost no instances of the perpetrators going to prison. Furukawa stated, “There is a limit to making punishments stricter within the Foreign Exchange Act.”

He also noted that Japanese police have failed to quickly uncover illegal deals with North Korea, stating, “In recent years, police have been reluctant to conduct searches even on companies strongly suspected of engaging in illegal exports,” and stressed, “The current reality is that Japanese law enforcement is unable to keep up with the speed of North Korea’s illegal acquisitions.”

In a conversation with Takushoku University Professor Satoshi Tomisaka, former Japan Self-Defense Forces Lieutenant General Yuuki Yamashita stated that the number of North Korean special forces’ members had doubled in just four years to 200,000 (South Korea 2014 Defense White Paper), an “extraordinary difference” with the Japan Ground Self-Defense Force which has only around 300 special forces soldiers, and noted there were many issues for responding to the North Korean special forces. Specifically, he mentioned concerns over how quickly the police could pass over the baton to the JSDF if a state of emergency was declared due to civilian reports, arguing, “A system must be created so if there is even a small chance that it is North Korean special forces, decisions can be made quickly and the JSDF can be ordered to mobilize.”。

Yamashita also stated that it was entirely possible that if the US made a preemptive strike against North Korea, North Korean special forces might immediately take action within Japan. He indicated his hopes for more debate within Japan on the subject in order to minimize any damage.