Social Security for All Generations 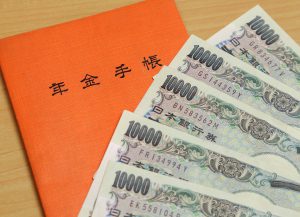 “What should social security for all generations be?”

During the October 2017 general election, the Abe cabinet announced a “social security for all generations” policy of putting all the income from consumption tax towards paying for education and social security programs. In a roundtable discussion in Sekai with the University of Tokyo professors Mari Osawa and Shogo Takegawa, Chuo University Professor Taro Miyamoto argued that from an anti-poverty policy perspective, this policy which recognized growing poverty in Japan’s aging society was close to the ideal for social security.

Takegawa pointed out that Japan’s social security benefits are focused mainly on pension payments and medical costs, with an extremely small percentage of welfare services and benefits for families with children compared to other countries, stating, “By creating slogans and names such as ‘community-based integrated care’ and ‘social security for all generations,’ they are trying to give the impression that the situation will suddenly change.”

The Ministry of Health, Labour and Welfare announced in June 2017 that the Japanese poverty rate had declined, but having independently researched it herself, Osawa found that while the nominal poverty line was the same as before at 1.22 million yen, the actual poverty line had lowered by several tens of thousands of yen. Stating, “If the actual value of the poverty line has decreased, that means the quality of life at the nominal poverty line has also decreased,” she questioned the analysis that the poverty rate is declining and the situation improving. She also noted concerns that “There are growing numbers of people who are not officially impoverished, but are also below the minimum standards of living.” According to Miyamoto, there are 400,000 people annually whose applications for public assistance are rejected, and 3.36 million people who cannot make their National Health Insurance payments.

Furthermore, Osawa noted, “The poverty rate of working single parents in Japan is higher than all of the Organisation for Economic Co-operation and Development (OECD) countries, plus China and India.” Miyamoto also stated that the inflexibility of the systems in place are putting pressure on single-parent households: “Increasing numbers of people are having child benefits partially cut as their annual income rises above 1.3 million yen.”

Osawa noted, “The rate of progress in gradations for Japan’s income tax and social security rates are the lowest among OECD countries, so the government’s redistribution of income is actually worsening poverty for some people.” To fix the progressive tax system, she argued, “Just slightly increasing the highest tax rate will not be enough,” and suggested eliminating vertically-divided bureaucracy, facing reality, and establishing a department within the government that can draw comprehensively on knowledge.