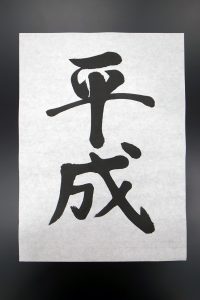 In a conversation in Chuokoron with Osaka University Professor Emeritus Takenori Inoki, Japan International Cooperation Agency President Shinichi Kitaoka described the Heisei era, now in its 30th year since beginning in 1989, as a time in which political and administrative reforms were carried out but were ultimately ineffective: “Efforts were made, but ended in failure.”

In response, Inoki described it as a time of “repeated unification and division.” He mentioned how politically, the government changed twice, with the Hosokawa administration in 1993 and the Democratic Party of Japan administration in 2009, and how economically there were three major crises: the collapse of the economic bubble, the Asian financial crisis, and the global financial crisis. As a result, he argued this period only exposed the limits of these systems, and was even traumatic.

Kitaoka stated that efforts were made to make Japan into a “normal country” that handles its defense independently, but “they did not have much success,” and he argued that the “emotional divide” within Japan over Article 9 of the constitution, fundamental to this issue, “still has not been resolved.” Inoki also noted that Japanese people’s thoughts regarding security “have not changed from the prewar mentality, in so much as they are disconnected from reality.”

Kitaoka stated that overall, during the Heisei period Japan failed to carry out any fundamental reforms and continually took short-sighted measures, and so “went from being a first-tier country to a second-tier country in the international community.” He argued that this national attitude was represented in the words of New Party Sakigake leader Masayoshi Takemura: “A country shining brightly despite being small.” However, Kitaoka also stated that even as a second-tier country Japan was still a “big country” with influence on the world, and argued, “We should think about being more independent, based on our own unique decisions.”

In a conversation in Chuokoron with author Hiroyuki Itsuki, Keio University Professor Eisaku Ide argued that recently, Japanese people have stopped realizing that they are poor. He noted that, although Japan ranks around 20th among the 35 member countries of the Organisation for Economic Co-operation and Development for earnings, in the Cabinet Office’s Public Opinion Survey on the Life of the People, 92.1% answered they were in the middle class, with only 4.8% answering they were in the lower class. This indicates a lack of self-awareness regarding poverty. Japan’s relative poverty rate is 15.6%, but 33% of households have an annual income of less than three million yen, and so are struggling. The professor declared, “There are many people who want to believe they are managing to hold on to the lower middle class.”

Ide suggested one reason people lack self-awareness that they are poor is due to most generations in Japan having no “memories of poverty.” He stated that there were still memories of poverty during the economic miracle period, but since those memories are now gone, “Even though standards of living in Japan are being surpassed by more and more other countries…people do not understand what this means, which is the problem.” He also noted that even though Japan is becoming a progressively more unequal society, people are not making any effort to reduce that inequality.

According to Ide, the reason for this is that Japanese people nowadays are “desperately trying to protect their own lifestyle, so they are not expending any energy outwards in efforts to eliminate social inequality or improve society,” and he noted concern over this inward-looking trend. He also argued that with Japan having entered an age of rapid population decline, if systems for mutual assistance and cooperation are not created quickly then “it will be too late.”