Solving the Issue of Unclaimed Land 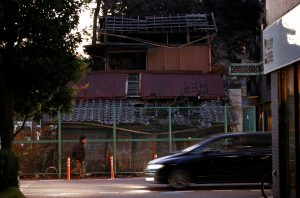 The increasing amounts of unclaimed land across Japan has been gaining attention as a new problem related to the aging population, and in an essay in Chuokoron, the University of Tokyo Visiting Professor Hiroya Masuda analyzes the problem of how significant amounts of land are being abandoned as Japan enters an age of mass inheritance, and proposes a solution. According to Masuda, unclaimed land is increasing due to failure to register the inherited land when the owner dies, and he notes that the reason for this is that “registering inherited land is not required under the Real Estate Registration Act.”

Masuda states the reason for this phenomenon lies in “the decline in property value and occurrence of inheritance,” with the decline in population leading to the collapse of the myth that real estate always goes up in value, and the large numbers of land being inherited as greater amounts of people die every year. In particular, the number of annual deaths from 2030 on is expected to be 400,000 more than in 2015, with an estimated 1.67 million deaths in 2040. To deal with this issue, Masuda has three suggestions: 1) Creating an appropriate management system to allow for unclaimed land to be used efficiently; 2) Modifying tax law to encourage real estate registration, and legally requiring real estate registration; and 3) Creating a comprehensive information system to identify all land owners. Masuda warns, “There is not much time left” before Japan enters an age of mass inheritance, emphasizing the issue is “the way Japanese people think about land,” and indicated his hopes that this could be used as an opportunity “for the citizens of Japan to think about effective land use and maintenance.”