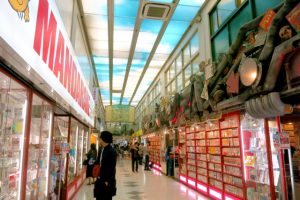 ■Takehiko Kariya, “The problem of ‘Japan’ as seen from Oxford,” Chuokoron, September

However, Kariya emphasizes that even if the decline of Japanese studies is a baseless myth, “This must not be confused with Japan as a national community having an increased presence.” He also notes that, as a political effort to link industrial policy and subcultures, the Cool Japan strategy of recent years targeting other countries is “an international strategy, attempting to cross borders while being fundamentally national,” and argues that strategies and perspectives like this are contrary to the interests of transnational younger generations “who are interested in content as culture, with no concern for its roots.”

While introducing the University of Oxford’s Japanese studies, which provide a perspective relativizing Japan, Kariya also states that the basis of Japanese studies overseas is a “perspective of comparison,” and that “the nature of Japan can no longer be considered to be self-evident.” In other words, there is no interest in nationalistic research recognizing the whole of Japan as a unified entity, and he also states that he is trying to avoid being pulled in by “The desire for reconfirmation of positive images of Japan and understandings of Japan, as a reaction to concerns of being caught up to or passed by emerging nations such as China.” Kariya notes that Japanese studies overseas do not consider Japanese people or culture as monolithic, taking a “transnational perspective” that accepts diversity and polysemy, and argues that Japanese university education needs “to build a foundation that will not be easily manipulated by globalization and nationalism,” or in other words, a transnational perspective.

In an essay in Chuokoron, Center for American Progress Senior Fellow Glen S. Fukushima writes that Japan’s presence in the U.S. is weakening. He gives three examples: 1) The relative number of American academics specializing in Japanese studies has decreased, 2) In the 1960s, Japanese immigrants were the most common Asian immigrants to the U.S., but now they are the sixth most common, and 3) Japanese international students studying in the U.S. declined from around 47,000 at their peak (1997) to around 19,000 in 2012.

However, Fukushima notes, “If Japan wants to obtain a level of influence that reflects its economic strength, the potential is still there,” and argues that thanks to the Abe administration focusing more on overseas PR, “Japan’s presence is increasing.”

According to Fukushima, “Training a certain number of people who can accurately explain Japan in English” is the problem. He lists the requirements for such a person as someone who “can speak English, make meaningful statements, and has diverse opinions.” However, Fukushima argues that even if they are skilled English speakers who make meaningful statements, “It is difficult to suggest even a few Japanese critics with diverse opinions.” He also notes concerns over the decrease in contact between Japanese, American, and European parliamentarians compared to the 1970s and 1980s. Fukushima states that according to Western parliamentarians, even if the Japanese parliamentarians can speak English well, “It is rare that they will have a logical and convincing answer when asked for their opinion on Japan-China or Japan-South Korea relations,” which he calls “a major challenge” for Japanese diplomacy.