Can the Japanese Language Survive in an Age of English Hegemony? 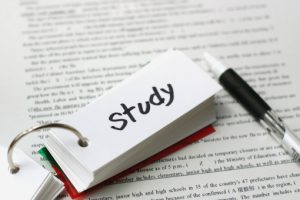 Can the Japanese Language Survive in an Age of English Hegemony? (Chuokoron, August)

■ Author Minae MIZUMURA,  “No country is as unaware of linguistic colonization as Japan”

In an interview in Chuokoron, author Minae Mizumura warned that no country was as unaware as Japan when it comes to “linguistic colonization,” as the “English hegemony” continues to grow worldwide. There was a major response to the 2008 publication of her book The Fall of Language in the Age of English, which argued that in “the age of English,” Japanese may lose its position as a national language and be reduced to a local language.

In this interview, Mizumura stated, “Outside of the West, it is very rare for a country to have a language functioning to this extent as a national language,” and firmly reiterated, “No country is as unaware of its national language having avoided colonization as Japan, and it is rare for a country to be so unconcerned about the possibility of its national language being destroyed.” She noted that a country’s language is strongly influenced by national policy, and that having The Tale of Genji written in the local language (Japanese) over a thousand years ago was a rare case in the history of the world. She argued that the current national policy and the people of Japan should “place importance on passing on literary heritage.”

She also stated that the English skill of Japanese people “hasn’t increased much” recently, and commented, “It is frightening that people are not being educated so they can promote Japan to the world with the power of language.”

“Language and politics in the ‘post-truth’ age”

In a discussion with Aoyama Gakuin University professor Hirotsugu Aida, The University of Tokyo professor Shigeki Uno noted that Trump’s uses words “not to move past confrontation, but with the intent from the start to abandon them.” Stating that “modern nations are based on national languages,” Uno commented that as the adoption of English spreads throughout the world, “Words to defend freedom and democracy, and words to confirm everyone’s togetherness, have begun to seem false.” The confusion of language with this increasing sense falseness could lead to a cultural split and division of values. Uno believes “Japanese is also at risk of division,” and argued, “I believe we have to seriously consider how to best utilize the Japanese language that Japan has built up over the past 150 years.”

In response, Aida argued that the pressure of English is unavoidable with the globalization of the economy, and is causing stratification and division in Japanese society, but also noted the strength of Japanese: “The lack of division within one national language culturally may be sufficient for universalization.” He also commented, “Japan has been battling with foreign languages since the beginning of its history as a nation, succeeding at a brilliant balance by carrying out international politics with kango [Chinese-origin words] and maturing culture with yamato kotoba [Japanese-origin words]. There may be a hint within this wisdom of how we can live together with English and the world.” He followed by saying, “In Japanese politics, from the Meiji period until recently kango were frequently used so the language was eloquent, but recently there has been a flood of yamato kotoba, which are words for private life, and it feels too relaxed.” Aida argued, “The universalization of Japanese is impossible, but we should be able to use Japanese to create good politics and a good society, and demonstrate that universality to the world.”

■ National Institute of Information and Communication Technology Fellow Eiichiro SUMITA, “The future with machine translation: Will a time come when it is no longer necessary to study English?”

He emphasized that Japan’s machine translation capabilities are world-class, such as the VoiceTra multilingual audio translation smartphone app targeted at foreign visitors, and the patent system being jointly developed by NICT and the Japan Patent Office. However, when it comes to the translation of literary works, Sumita declared, “Machines are good at things that are average and clichéd, but art has to differ from the average and be beautiful. I believe this will never be possible for machines.”

■ Nagaoka Univ. of Technology Prof. Yoshiki MIKAMI, “Japanese in the world as shown by data”

Nagaoka University of Technology professor Yoshiki Mikami presents a variety of data regarding the state of languages around the world. Although it is “the age of English,” looking at the number of speakers of major languages around the world, 15 languages (including Chinese, Spanish, English, Arabic, Hindi, Portuguese, Russian, and Japanese) account for about four billion people, almost 60% of the global population. The number of countries with these 15 fifteen languages as official languages, disregarding overlaps, is 148, covering three quarters of the world. Mikami notes, “It is only a matter of time until Japanese falls out of the top 15 due to population decline.”

Mikami also comments that Japanese is 8th in the world when it comes to the number of books being translated into foreign languages: “The language most frequently translated into is French, followed by Chinese, English, German, Korean, Spanish, and Russian.” For multilingual broadcasting, China Radio International (CRI) is broadcast in the most languages, at 61, followed by Voice of America at 42, but Japan’s NHK World is only broadcast in 18 languages, on which Mikami notes, “Not many languages are covered.”