The Debate Over Fake News 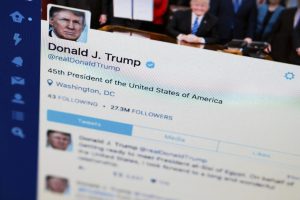 The Debate Over Fake News

“The desires of the masses becoming visible

In a discussion in Chuokoron with Hokkaido University professor Ken Endo, critic Hiroki Azuma commented on the spread of fake news throughout the world, stating that the democratization of media via the internet and the increased visibility of people’s desires from social media have led to people’s behavior becoming “a world of exhibitionists,” which contributes to the growth of fake news. In particular, he criticized the fact that U.S. President Trump, who is stereotypical of the type that “constantly present themselves without a filter, spewing an endless stream of abuse at their enemies on Twitter,” has been praised for doing so as it makes him seem “down to earth.”

Furthermore, Azuma claims that the lack of a “foundation for shared debate” on the internet, with everyone saying whatever they want, is facilitating “the phenomenon of liberalism being rapidly swallowed up by populism,” and argues that in order to put a stop to this, “It will be necessary to restructure the educated class of citizens.”

Endo, while noting that the current state of public debate in Japan is a “dead calm,” argued that if the constitution is brought up as a political issue, then with the arrival of a “season of politics” with no clear outcome, “The possibility exists that it might lead to fake news becoming as prevalent as it is in the West.”

Social media is deeply involved in the spread of fake news, and in an essay in Chuokoron international journalist Toshihiro Yamada notes, “All the G20 governments are using Twitter,” with Chancellor Merkel of Germany being the only leader there not to have a Twitter account. U.S. President Trump, who has been mocked as the “Tweeter-in-Chief,” tweeted “an average of 4.68 times a day” (during his first 100 days in office,” but has held only one solo press conference since becoming president. Yamada stresses, “Trump likely believes that if his tweets receive attention, he wins.”

However, Yamada notes, “While Twitter may be effective for shaping public opinion domestically, it could lead to terrible risks if used for diplomacy.” For example, he warns that if Trump’s account was hacked, and there was a tweet saying “I have ordered a preemptive strike on North Korea within the hour,” even if it wasn’t the president, “it could cause a war.” Yamada states, “Political leaders using Twitter to shape public opinion and as a tool for diplomacy is a double-edged sword.”