Risk to Globalism and the East Asia Crisis 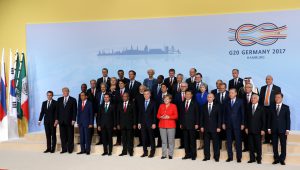 Risk to Globalism and the East Asia Crisis

In an essay in Gaiko, the University of Tokyo professor emeritus and Gakushuin University professor Motoshige Ito writes that although there is an international trend towards increasing criticism of globalism, as seen with Brexit and the “America First” policy of U.S. President Trump, “Japan is playing a role in leading the world in the right direction, through negotiations such as the Japan-U.S. Economic Dialogue, the Trans-Pacific Partnership (TPP), and the Regional Comprehensive Economic Partnership (RCEP).” Stating that there is “both good and bad” in globalization allowing the free movement of people, goods, and money, he argues that the time has come to seriously examine “what globalization would be ideal now.”

Noting that the market reaction to the Trump administration’s economic policy has been a “wait and see” approach, Ito suggests that the administration’s call for economic stimulus policies is “in line with global economic trends, and if they are carried out it is likely the economy will improve.” In particular, regarding the U.S. withdrawing from the TPP, he notes, “The U.S. shifting to a policy of bilateral negotiations, and whether or not it is protectionist, are fundamentally different…. So far, the U.S. has not been carrying out any protectionist policies.”

While praising both countries for having a positive outlook towards negotiations at the start of the Japan-U.S. Economic Dialogue, he also emphasizes the importance of continuing TPP negotiations: “Whether or not continued negotiations pan out, they will at least act as a buffer against protectionist actions.”

Regarding the “China Risk” that became evident with the fall 2015 stock market crash, Ito states, “Although controlled, it remains in a lull.” He warns of the risk a “U.S.-China bargain” could mean to Japan: “With the Trump administration wary of an inflated U.S. dollar, and China wanting to stop the drop in value of the renminbi, there is a risk of the situation changing suddenly due to a political decision.”

In a column in Bungeishunju, journalist Yoichi Funabashi states his concern that with the Trump administration, “The U.S. seems to have abandoned its role in protecting the liberal international order (LIO), a role it has carried out since World War II.” Stating examples such as withdrawing from the TPP, negotiations to weaken NAFTA, an anti-globalism stance, and promotion of bilateral economic negotiations, he predicts, “The ‘America First’ politics of Trump are likely to end in failure.”

Funabashi argues that, given the circumstances, Japan should “take this historic opportunity of the U.S. being absent, and actively carry out diplomacy in Asia.” Stating that establishing the liberal international order in Asia is “critical to building Japan’s long-term strategy for commerce, security, and regional order,” he also argues, “Instead of competing with China, the time has come to build a new long-term vision encompassing China as well.”

In an interview in Sekai, former Speaker of the House of Representatives Yohei Kono, commenting on increasing tensions in the Korean Peninsula due to North Korea’s nuclear weapons and missile development program, emphasized, “It is in situations such as these that the focus must be on diplomacy.” Noting that reciprocal visits between Japan and China and Japan and South Korea have not been occurring in recent years, he warned, “The foundation of trust necessary for negotiating cooperation with the other nations is not being developed.”

In particular, Kono noted, “When Japan-South Korea relations were good in the past, they had a liberal government,” and emphasized, “The new government will be trying to create new movement in areas where the previous government had stalled, and so it is important for Japan to respond in good faith.” Kono also noted that the spirit of the Fukuda Doctrine, which former Japanese Prime Minister Fukuda stated while in Southeast Asia 40 years ago, “of course applies to Northeast Asia as well.”

In an interview in Bungeishunju, LDP Secretary-General Toshihiro Nikai emphasized that Japan-China relations should be rebuilt by restarting shuttle diplomacy: “No summits have been held for a while, so a summit should be held as soon as possible.” When he visited China in May, Nikai brought with him a personal letter from Prime Minister Shinzo Abe: “I delivered a very polite, carefully written letter. I believe it showed how serious the Prime Minister was.”

Regarding the new South Korean government‘s stance on the 2015 comfort women agreement, Nikai stated, “The government should clearly state, ‘Japan is not pleased. We cannot explain this to our citizens.’ Meeting closely would make it possible to say things like this.” He also gave his opinion that if close dialogues are held between Japan and South Korea, “The problem will solve itself.”