How Japan Should Respond to the Immigration Issue 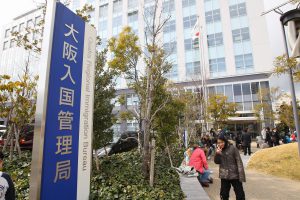 How Japan Should Respond to the Immigration Issue

In an essay in Bungeishunju, former Commissioner-General of the National Police Agency Takaji Kunimatsu argues that in order for Japan to deal with its declining population and maintain its current national strength, “Whether we like it or not, we will have to accept immigrants.” In particular, in response to the concerns that more immigrants would lead to more crime within Japan, he emphasizes that for Japan to maintain a safe and secure society in the future, “There is a need to implement an immigration policy with proper control.”

Kunimatsu, who was the Japanese Ambassador to Switzerland from 1999 to 2002, explains that Swiss immigration policy is based on the principle of “integration.” Immigrants would protest against “assimilation,” and allowing for “multicultural coexistence” could lead to areas being made where only immigrants live. He describes “integration” as not only instructing immigrants in the local language, but also providing employment training and cultural education, and recognizing immigrants as part of the community if they follow the rules. Kunimatsu notes, “Japan is not accepting immigrants based on a clear principle like Switzerland does, and so that has caused various issues.” He states that the greatest problem is “Japanese people see foreigners as nothing more than ‘labor,’” and argues that moving forward, foreigners living in Japan who have functionally been accepted as immigrants will have to “be accepted as ‘ordinary people living their lives.’”

“How should we deal with immigration?” Sekai, June

Kokushikan University professor Eriko Suzuki, in an essay in Sekai, states that in order to continue progressing despite a declining birth rate and aging population, Japan needs immigration and the strength of foreigners. In fact, the government’s lack of an immigration policy despite there already being 2,382,822 foreigners living in Japan (as of the end of 2016) fosters growing inequality and social isolation for those foreigners.

The United Nations defines a long-term migrant as “A person who moves to a country other than that of his or her usual residence for a period of at least a year (12 months), so that the country of destination effectively becomes his or her new country of usual residence,” but according to Suzuki, “Like Germany, Japan has no clear definition of what constitutes an ‘immigrant.’” Although national policies for multicultural coexistence began to be implemented in the mid-2000’s, now they promote “accepting ‘foreign workers’ that contribute to the growth strategy to achieve sustainable economic growth.” This leads to encouraging bringing in “unskilled laborers” for construction, nursing care, and housekeeping.

Suzuki suggests Japan’s stance that “using foreign workers is not an immigration policy” is essentially “a declaration that since Japan is not accepting immigrants, it does not need any policy for immigrants.” She notes that this results in growing socioeconomic issues, such as increasing economic inequality between Japanese citizens and foreigners in the labor market, and children with foreign roots falling behind in school attendance.