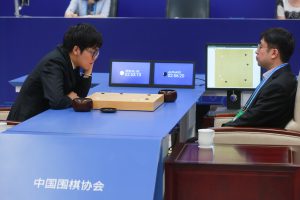 “AI brings up the question of the meaning of human life,” Chuokoron, April

In a discussion in Chuokoron, The University of Tokyo professor Kuniyoshi Sakai states that human jobs being stolen by artificial intelligence (AI) when the singularity is reached and AI surpasses human capabilities is an “unwarranted concern,” as well as arguing that claims the singularity will be reached in 2045 “have no scientific basis.” He suggests, “To phrase it more accurately, the singularity will occur at the point that humans give up.”

Using the example of a traffic accident caused when using automated driving, he notes, “The issue of shifting responsibility when humans rely on AI is a very serious one.” Furthermore, he states concerns that “Overreliance on AI due to a focus on efficiency may lead to humans losing the capacity to make appropriate decisions…. Using AI in that way will certainly lead to the decline of civilization.”

Regarding the topic of whether AI could have a mind in the same way a human can, Sakai notes that first the difficult issue of what the mind is must be solved, arguing, “We have still not succeeded in scientifically explaining exactly what the mind, including self-awareness and personality, is, and lack any agreed definition of the mind.”

In a column in the April issue of Bungeishunju, religious scholar Tetsuo Yamaori comments on the AI singularity, proposing that the modern technology of AI beginning to reach into the “territory of the gods,” where nothing is impossible, is “without a doubt becoming reality.” Stating, “Therein lies some uncanny causes for concern,” he notes the existence of the difficult question of whether robots will be able to grow to like humans as humans can like robots. According to Yamaori, when humans and AIs (robots) share their minds and the sensation of their skin, then a sense of “life” will be born between the two, but he questions, “Just when will such a time come?”

Yamaori also notes concern that if AIs steal jobs from humans, it would cause “unimaginable chaos,” and may even lead to a situation in which the AI are destroyed.