The Unique Framework of Japan’s Constitution, 70 Years Since Enactment 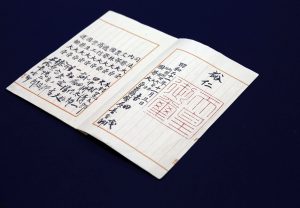 The Unique Framework of Japan’s Constitution,

The University of Tokyo Institute of Social Science

“Japan’s constitution has never needed revision due to its unique framework,” Chuokoron, May

In an essay in Chuokoron, The University of Tokyo Institute of Social Science associate professor Kenneth Mori McElwain argues, “Due to the unique framework of the constitution of Japan, no constitutional reforms have been necessary.” According to McElwain, the Japanese constitution is 4,988 words long, far shorter than the average length of 21,000 words for constitutions around the world, and it is thanks to that brevity that the constitution has not been reformed even once. He says the reason is that “The constitution of Japan includes almost no concrete laws, even for electoral systems, and frequently states that specifics will be ‘provided by law.’” For comparison, the Public Offices Election Act has been revised 58 times.

Photo: Reuters/ AFLO     The late Japanese Emperor Hirohito’s signature and seal on the replica of an official original copy of the Constitution of Japan