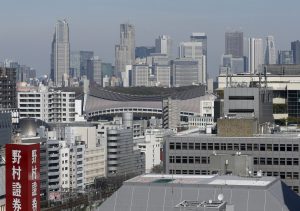 In an essay in the April issue of Chuokoron, Toyo University professor Chie Nozawa explains how the distorted “excess housing society” came about, with housing construction continuing unrestrained despite the rapid increase in vacant housing due to population decline. Japan has a total of 60.63 million residences nationwide (as of FY 2013), exceeding the total number of households (52.45 million) by 16%, and 8.2 million vacant residences (13.5% vacancy rate). Nozawa warns that “Even in major cities such as Tokyo and Nagoya, the number of households will begin declining around 2025,” and around the same time Japan will enter an “age of mass inheritance,” with baby boomers passing on their family homes and further increasing the vacancy rate.

Nozawa also criticizes the housing and construction industry as irresponsible and continuing to build condos instead of rental units “because they can sell them and be done,” both due to being able to recover the initial investment quickly and because the responsibility for maintenance falls to the resident. She also notes that one factor encouraging the excess of high-rise condos is that “there are no city planning or housing policy systems in place to carry out careful consideration of construction.” In order to shift away from this excess housing society, Nozawa argues three moves must be taken: 1) Limiting the total amount of housing and the expansion of residential areas, 2) Guidance for location of new housing construction and maturation of the second-hand housing market, and 3) Japanese citizens being aware of risks and capital value “one step further” in the future.

In the April issue of Chuokoron, Kosuke Motani, Chief Research Economist at the Japan Research Institute, states, “The ‘vacant housing problem’ is not a rural issue but an urban one, and even an issue for major cities.” Noting that Tokyo (820,000 vacant houses), Kanagawa, Chiba, and Saitama alone account for approximately one quarter of the over two million vacant houses nationwide, he explains the negative chain reaction that can occur: “By continuing to increase the supply of new properties when there are already a large number of vacant houses, the average rent decreases, then property values decrease, and then property tax revenue decreases.” He follows by arguing that for high-rise condos in the city center in particular, there are various uncertain factors in the future such as the increasing average age of residents and the management of the condo association, and so for the Tokyo area instead of buying a house “you should use that money to rent a house instead.”

As a solution to the excess supply of housing, Motani argues, “The obvious way to deal with the vacant housing issue is to restrict the supply…. By restricting the supply, tax revenue can be maintained or increased, and the number of vacant homes can be kept from increasing.” As a concrete example, he explains how the restrictions on height for condos and other buildings in Kunitachi, Tokyo and Karuizawa, Nagano have helped maintain the brand of those cities and led to high land values.