-Ryota Takemoto, “Will convenience stores be necessary for survival in a super-aged society?” Chuokoron, November issue 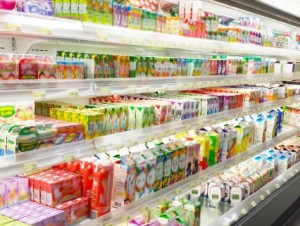 Convenience stores, where food and other daily necessities can be bought at any time throughout the year, are vital to life in Japan. In “Will convenience stores be necessary for survival in a super-aged society?” by Mr. Ryota Takemoto, Assistant Head Researcher of the Sumitomo Mitsui Trust Research Institute, he provides a unique analysis of how the convenience store retail system acts as infrastructure that supports an aging society. As convenience stores play a bigger and bigger role, he warns that “For rural areas in particular, where the population is lower and expected to decline more rapidly, there is a significant possibility that lack of access to convenience stores will become a social issue due to how it decreases the standard of living.”

According to Mr. Takemoto, currently there are over 53,000 convenience stores in Japan, and the major chains have a monthly average of 1.37 billion customers. Convenience stores provide useful services, such as banking with ATMs and the ability to pay utility bills, and during disasters they provide bathrooms and water for people trying to make their way home. Mr. Takemoto also argues that future changes to the population makeup and the types of households in Japan will increase demand for convenience stores due to three points: more seniors meaning more people with a limited range of movement; more single-person households increasing demand for smaller-scale purchases; and limitations on free time due to an increase in dual-income households.

Mr. Arata, mentioning the fact that more women and middle-aged or older customers started using convenience stores after the Great East Japan Earthquake, provides his analysis that “If convenience stores attempt to shift their customer base further towards women and middle-aged or older customers, there will be demand for more competitive pricing and improved service. This will be a major hurdle for convenience stores, which have had high profitability due to selling at list prices.” The meal delivery services which the major chains have started targeting seniors create an excessive workload for stores, and do not bring in enough income to justify the increased personnel cost.

In addition to the aging population, there is also the question of how to deal with e-commerce making it possible to easily make purchases online. Mr. Toshifumi Suzuki, chairman of 7-Eleven parent company Seven & I Holdings, says that “... face-to-face customer service is something the internet and delivery lack,” but Mr. Arata questions this statement: “Considering convenience stores tend to only employ minimum-wage employees, can we expect much from their customer-service skills?”

-Masahiro Sakane, “Collapse of the bubble: A reversal of China’s economy is near,” Bungeishunju, November issue

Monthly magazines are continuing to discuss the future of China’s economy, after the devaluation of the renminbi and the stock market crash this summer. The Chinese economy began worsening after reaching a turning point four years ago, but it will soon hit bottom according to Mr. Masahiro Sakane, former president/chairman and current adviser to Komatsu, the largest construction equipment manufacturer in Japan and No. 2 in the world. He carried out a unique analysis of the global economy based on the sales of construction equipment.

A comparison of demand by region for construction/mining equipment based on Komatsu’s data clearly indicates the turning point of the Chinese economy occurred four years ago, in 2011. After the global financial crisis in 2008, China spent 60 trillion yen on public works throughout the country as part of an economic stimulus policy, but this bubble shrank after three years, affecting Komatsu’s sales. The ratio of sales in China during the last fiscal year dropped to 6%, less than that for Chile, and “Currently, as far as Komatsu’s business is concerned, sales of new vehicles in China have hit bottom.”

Nonetheless, Mr. Sakane is not pessimistic about the future of China’s economy. The reason is that Komatsu can use its GPS system to tell whether equipment it has sold in the past is being operated, and although the amount of time has decreased, most equipment continues to be used.  Mr. Sakane believes that even though regional governments in China likely to have funds of over 10 trillion yen for investment in new construction, they are intimidated by Xi Jinping’s anti-corruption campaign and are avoiding beginning new projects. “In the short term, if construction is started then the Chinese economy might quickly start moving in a positive direction.”

He also points out a long-term trend in the data based on global sales of construction equipment, saying “Money worldwide is moving back and forth between developed countries and emerging markets.” Currently Japan, the USA, and Europe have an over 50% share of this money, but “If the rules governing the flow of money between developed and developing countries remain constant, it should head towards China and other emerging markets.”