Behind the Scenes in Kyoto, the City of Tourism / The European Crisis as a Global Crisis

■Behind the Scenes in Kyoto, the City of Tourism 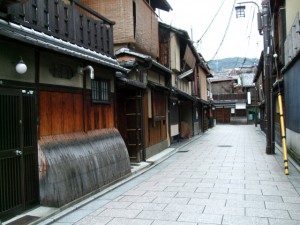 The population decline and economic stagnation in regional areas of Japan is a serious issue for the country. In a discussion titled “Vitalizing local economies depends on their leaders—local governments’ resolve and determination are being tested” with Kyoto Mayor Daisaku Kadokawa, Minister in charge of Overcoming Population Decline and Vitalizing Local Economy in Japan Shigeru Ishiba warned that “... The population decline that Japan is currently facing is a ‘quiet crisis.’... If we don’t stop this ‘quiet crisis’ now, before the country vanishes without anyone noticing, it will not be possible to pass Japan down to later generations.” He also stated his hopes for what role mayors of municipalities throughout the country could play.

With a population of approximately 1.47 million, Kyoto is one of Japan’s most famous cities for tourism, but according to Mr. Kadokawa, the truth is that “Even though people would consider Kyoto to be an attractive metropolis, it is emblematic of the issues facing regional cities throughout Japan.” In most of Japan’s designated cities (20 cities designated by the national government, from cities with populations of 500,000 or more) the population is increasing, but in Kyoto the population is decreasing. Kyoto City has a variety of measures in place to preserve the scenery, such as bylaws limiting the building of high-rise apartments. While these efforts to preserve Kyoto’s “city status” help increase tourism, they are simultaneously a factor in preventing the population from increasing. The tourism industry also has a high rate of non-permanent employment, and the city is also looking into measures to handle this and other concerns unique to tourism cities.

Transferring functions of the central government and major companies to regional areas has been debated as a method for stimulating regional economies, and for over a decade Kyoto City has been requesting that the Agency for Cultural Affairs be transferred there. Mr. Kadokawa explains that since Kyoto is where many National Treasures and Important Cultural Properties are located, is a center for culture including manga and anime, and Kyoto’s traditional culture and industries have connections to traditional industries and crafting techniques throughout Japan, transferring the Agency for Cultural Affairs would “make Japanese culture thrive even more.” In order to move forward these kind policies, which has so far remained stagnant, Mr. Ishiba emphasized that “... optimism on the part of the Japanese people will be a definite necessity.” Mr. Kadokawa stated that “... the resolve and determination of regional governments, their employees, the national government, and politicians will be put to the test when trying to make citizens optimistic about this policy.” He also proclaimed that “... In the whole world, Kyoto is the only city with a population of over a million in which culture has been passed down for over a thousand years without being cut off even once.... I want Kyoto City to be a model for vitalizing local economies."

■The European Crisis as a Global Crisis

-Chuokoron, October issue: Yuichi Hosoya, “The true nature of the European crisis—can they prevent a collapse from within?” 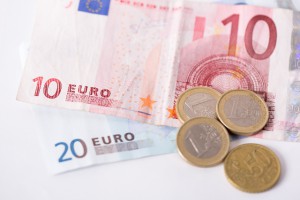 Global attention is focusing on how the EU will handle the large number of refugees arriving from Syria and other countries. The EU has been faced with a number of uncertain factors in the past year, including the Ukrainian crisis, the referendum on Scottish independence, the attack on Charlie Hebdo in France, the Greek debt crisis and possibility of the country exiting the eurozone, and the possibility of the UK leaving the EU. In “The true nature of the European crisis—can they prevent a collapse from within?” in the Chuokoron October issue, international politics scholar Yuichi Hosoya (professor at Keio University) argues “The ideal socio-economic model of Europe, born as the result of a massive experiment, is now facing a crisis of unprecedented proportions.”

Dr. Hosoya explains the “European crisis” as “... the core values and ideals that supported European integration after World War II—in other words democracy, peace, and tolerance—are facing a fundamental challenge.” His analysis is that the different countries, regions and ethnicities making up the EU are shifting responsibility to, growing distrustful of, and criticizing each other. “This increase in mutual distrust and mutual criticism is a serious issue when it comes to moving forward with the European integration project. Exclusivist egoism will destroy the foundations of postwar Europe. This is the true nature of the European crisis.”

According to Dr. Hosoya, the EU crisis will lead to a decrease in the international influence of the EU, and will have a major impact on international society. Mentioning the fact that the US has shown restraint with its defense budget and military interventions since the global financial crisis, he pointed out that “If both the EU and the US withdraw their global influence, it will inevitably lead to an increase in the influence of China and Russia.... the liberal values that the EU and US have protected so far—democracy, human rights, and the rule of law—will be buried.” He mentions Ukraine, Syria, and the South China Sea as examples contrary to liberal values that have already occurred.

Despite facing a crisis, the EU is “still the world’s largest economic power,” and “... it has the power to have a major impact on environmental issues, the global economy, and human rights issues.” Dr. Hosoya also pointed out how many neighboring countries see the EU as a source of hope. Looking at Europe’s history, with the economy battered by two World Wars and the Great Depression, he argues “Who would want to return to the Europe of that time?” and concludes “With that historical perspective as a basis, it seems likely that the current European crisis can be overcome.”