・Toshiya Tsugami, “Prepare for a global risk—the fate of the renminbi having entered the rough waters of the sea of speculation,” Voice, October issue 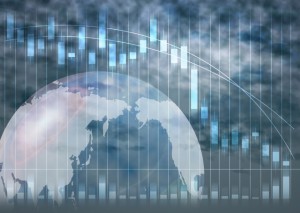 Chinese President Xi Jinping visited the USA during September for the UN General Assembly, and his summit with President Obama has been the focus of much attention. Meanwhile, the Chinese stock market crash this summer and devaluation of the renminbi have led to increased concern over the future of the Chinese economy. Several monthly magazines ran special features on the Chinese economy. Chuokoron ran a discussion between Takashi Shiraishi, an expert in Southeast Asian politics, and Makoto Kawashima, an expert in modern history of Chinese diplomacy, under the title “Is Xi Jinping truly a strong leader? Powerbase, maritime expansion, economic strategy.” In it, the two scholars of international politics discussed the impact on international society of the Xi Jinping government’s foreign policy.

Speaking on Xi Jinping’s government, which began two and a half years ago, Mr. Kawashima said that “One thing I did not anticipate was how he gained control of the military relatively quickly.” On the other hand, mentioning the fact that provincial leaders are changing frequently, he gave his analysis that “The problem is that the system to have decisions made by Xi Jinping be carried out at the provincial level isn’t necessarily functioning properly.”

Regarding Xi Jinping’s hard line on foreign policy, and considering the USA’s rebalancing to shift the focus of its military strategy to the Asia Pacific region, Mr. Kawashima suggested that “... from China’s perspective, they want to quickly build their own area outside the reach of American influence.” Touching on the Shanghai Cooperation Organisation, a coalition with Russia and Central Asian countries, Mr. Kawashima gave his opinion that “Expansion into the ocean is no simple matter for China. Existing maritime powers, including the USA and Japan, have a significant advantage. China is also aware of the difficulty of marine expansion, and considering their perception of costs, land makes more sense than sea.”

As a result of the USA developing a maritime “Pacific alliance,” and China expanding its “continental alliance” on land, significant changes have been seen in Southeast Asia. According to Mr. Shiraishi, “... Southeast Asia itself will, over the medium- to long-term, be split between continental and island groups,” while according to Mr. Kawashima “... I believe East Asia will be split into a continental area and a Pacific area. I’m sure China is of the same opinion.” Saying that “... relations between China and Southeast Asia are a collection of bilateral relations between China and each country,” Mr. Kawashima also points out the danger in Japan focusing on ASEAN as a single unit as it has in the past, saying “there is a limit” to this approach.

Their discussion also covered the current situation on the Korean Peninsula and China-South Korea relations. Mr. Shiraishi explained that in South Korea, “... the popular mood is that China is all that matters for the economy, China and the USA are all that matter for security, and Japan is irrelevant. The question becomes, if something happens with North Korea, what will South Korea do? If nothing else, their choice has to be one that will be accepted by both the USA and China.” On the subject of South Korea and the American military, Mr. Kawashima said “... their biggest target is China, followed by North Korea. When it becomes clear that it is not sufficient just to focus on North Korea, South Korea is going to have problems dealing with China.... South Korea is in a difficult position when it comes to the China issue.”

■ The Future of the Chinese Economy

A number of discussions are also underway regarding the Chinese economy and its current chaotic condition. Former Ministry of International Trade and Industry official and expert on modern China Toshiya Tsugami wrote an article called “Prepare for a global risk—the fate of the renminbi, which has entered the rough waters of the sea of speculation,” in the October issue of Voice. In this article, regarding the current state of the Chinese economy he commented “... they’ve put unprofitable ‘non-performing assets’ and the debts from them (potential bad debts) on their balance sheet.... If they continue investing inefficiently and relying on loans, this necrosis will spread throughout China’s balance sheet and they will be faced with a true economic crisis.” Mr. Tsugami says that Xi Jinping’s announcement of the “new normal” last year, with a switch to lower growth targets, shows concern over a potential crisis.

However, Mr. Tsugami says there are two obstacles to this shift in direction. The first is that rapid economic growth is still part of official policy. The second is the “pain of decreased growth,” such as the dissatisfaction of people who have lost their jobs. According to Mr. Tsugami, having analyzed relatively “honest” statistics from the past two years for state enterprises’ sales, indirect tax revenue, electricity consumption, and quantity of train freight, “The actual growth rate is likely already less than five percent.” In particular, local governments and state enterprises have serious excess debt, and while praising the Xi Jinping government’s “tough love” for local finances, he explains that there are factors making the future unclear.

On the topic of the devaluation of the renminbi that caused alarm in the market, he wrote that “... this was China completing the homework that the IMF (International Monetary Fund) had given them as a condition ‘if they wanted to internationalize the renminbi,’” and criticized Japan’s overreaction. He also emphasized that “The renminbi will weaken from here on.”

1. The Chinese depression will last for a long time, so expected values shouldn’t be increased.

2. Conversely, “Japan as a whole is overreacting, as if a collapse of the Chinese economy is imminent,” and “Incorrect predictions might occur when people are caught up in assumptions.”

3. He warns that it is necessary to prepare for unlikely risks, but “It will not just be a ‘China risk.’ It may become a ‘global risk.’”

With its vast influence on international society, could China be considered a modern “empire?” French historian and demographer Emmanuel Todd wrote an article titled “Don’t fear the phantasm power—China isn’t an economic or military ‘empire,’” in the October issue of Bungeishunju. In the article, as reasons not to view China as an empire he mentions China’s economic growth is “... something acquired because, due to economic power balance, they accepted values forced on them by Western capitalist nations,” and that militarily, China is not in control of Asia, but instead “... is surrounded by countries who have chosen to join the system of the American empire.”

Dr. Todd, famous for predicting the fall of the Soviet Union based on demographic data, brings up the issue of population as the first of the problems China is facing. The population of China is aging rapidly, along with a low birth rate in the country, but “... since the whole country is not yet prosperous, an aging society has been reached before social welfare systems such as pensions are in place. This will cause an increase of social unrest in the near future.” As an economic issue, he also points out that the ratio of individual spending to the GDP is low, and the Chinese economy is reliant on outside demand. Dr. Todd mentioned the potential crisis from the widening rift between an idealistic “phantasm China” and the distressed "real China,” and on the future of China said that “I cannot imagine the best scenario happening.”

He also points out that behind Chinese nationalism, including its anti-Japanese aspect, is the gap between the rich and the poor. Comparing it to the rise in nationalism in Europe during the early 1900s, Dr. Todd writes “... currently China is in the age of nationalism. Others should staunchly refuse to be dragged into that bygone age.” To this end, he argues that Japan should maintain “a position focusing on actual effects,” with actions such as Japan taking the initiative in temporarily putting aside the Yasukuni issue. He further states that since damage to the Chinese economy will end up damaging the world, Japan should provide support to China during its time of need. He concludes by saying Japan needs “the power to control itself,” and “Should act logically, rationally, and pragmatically, avoiding hysteria and panic due to an excessive fear of China.”

■ “No Energy for ‘Anti-Japanese’ Theatrics”

Will China continue to expand its nationalistic attacks on Japan in the future? The October issue of Bungeishunju carried a discussion with the title “Former ambassadors to China and South Korea: the battle with anti-Japanese states,” between Uichiro Niwa, former Ambassador to China and former Chairman of Itochu Corporation, and Masatoshi Muto, former Ambassador to South Korea. In it, Mr. Niwa presents the following opinion: “... the Chinese economy, which was its foundation, has become unstable recently.... excessive infrastructure and production has begun to take its toll on the domestic economy. As a significant part of the popular support for the Communist Party of China came from economic growth, President Xi Jinping is faced with the necessity of quickly restoring the economy. They don’t have the extra energy to create friction with Japan. I believe that China no longer has the energy to engage in anti-Japanese theatrics as a way to consolidate the regime’s power.”