3. China’s Challenge and Japan’s Dilemma with the Establishment of the AIIB

3. China’s Challenge and Japan’s Dilemma with the Establishment of the AIIB 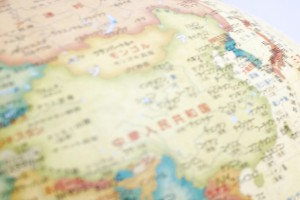 The deadline for announcing intent to become a founding member for the Asian Infrastructure Investment Bank headed by China was at the end of March this year. Japan and the USA chose not to be founding members, citing a lack of transparency in its operations, but with the UK joining right before the deadline, there was a rush of other European countries joining as well, making the final count 57 founding member countries.

Chinese President Xi Jinping first laid out the concept for the AIIB in the fall of 2013. The schedule for its founding is obviously rushed, and of course there are concerns. Japan is already the second largest investor in the World Bank, and is the top investor in the Asian Development Bank with the USA near the same level, so neither the merits nor the demerits to participating in the AIIB are particularly significant. Instead, the issue that will affect Japan’s future is the outcome of the Trans-Pacific Partnership (TPP), compared to which the impact of the AIIB is slight. Nevertheless, perhaps because this number of founding members was unanticipated, it was a major shock within Japan and has caused somewhat of a panic. The June issues of the various opinion magazines all had articles looking into the background of this fuss over AIIB.

■  Japan and the USA’s Misjudgment

Seiron ran an article by Yoshiko Sakurai, a vocal proponent of caution towards China, titled “The ‘Sword’ of Japan-USA Opposition to China’s AIIB”. In this article, Ms. Sakurai writes “With 57 countries participating now, the first thing that Japan and the USA should consider is that they unintentionally drove China to found this bank.” She recognizes that “Not giving China a position in international finance that matched its economic capabilities due to concerns over its ambitions, and the failure to improve the lack of funding for infrastructure development in Asia were mistakes by Japan and the USA.”

Ms. Sakurai also stated that “In fact, at the current junction, the decision by Japan and the USA not to join the AIIB was the right one.” Explaining why this is the case, she mentions the lack of transparency over how the AIIB will be established, the high risk of investments being used to benefit the Communist Party’s single-party state, and the concern that it might be used as de facto aid for the Chinese economy, which has begun to see its high growth slow down. On the topic of whether the AIIB will function effectively in the future, she wrote “It seems unlikely unless there are significant reforms carried out in China,” and gave her opinion that Japan “...should focus on further expanding the ADB (which has been led by Japan), in both funding and management aspects.”

On the topic of how dealing with the AIIB has led to a rift between European countries and the USA, Ms. Sakurai calls it a “diplomatic victory for China.” She also points out that China likely intends to create a rift between Japan and the USA by encouraging Japan’s participation in the AIIB, with this disturbance of the international order which has continued since the end of WWII the likely reason for concern about the AIIB in Japan.

■  Don’t Create a Divide Between Asia and the Pacific

For a different viewpoint, in Bungeishunju journalist and former Asahi Shimbun editor in chief Mr. Yoichi Funabashi wrote in his New Global Geopolitics column about “The Logic of Joining the AIIB”. After first recognizing the lack of management transparency for the AIIB and China’s intention to drive a wedge between Japan and the USA, he argues that Japan should still join the AIIB for strategic reasons. “Assuming that [the AIIB] will falter or fail if Japan doesn’t join is a delusion. There is a huge demand for infrastructure there, not the least of which in India. Japan’s major strategy for the 21st century is to help India develop and to build a strong cooperative relationship between the two countries. The trick with the AIIB is to use Chinese money to help develop India. Just be pragmatic about it.”

Mr. Funabashi also points out geopolitical considerations for joining the AIIB, writing “It is important not to create a divide between Asia and the Pacific.” Mentioning how the AIIB will have two categories, “countries in the region” and “countries outside the region,” he writes that “If Japan doesn’t join the AIIB, it could lead to Japan being the one to create a divide between Asia and the Pacific. This wouldn’t benefit Japan, the USA, or the Asia-Pacific region.” Considering this, he states that Japan’s long-term responsibility is to “establish a liberal international order in the Asia-Pacific region, based on the rule of law, freedom, non-discrimination, a diversified free market, and freedom of navigation.” Mr. Funabashi explains that it is necessary to consider the AIIB as part of Japan’s strategy in the Asia-Pacific region, and as being in Japan’s national interest.

What was the reaction of the government, the ones actually involved in whether or not to participate in the AIIB? According to domestic media reports in Japan, the general opinion is that the government made a mistake due to excessive caution towards China, but that is not necessarily the case.

Voice published a conversation between modern China researcher (and former Ministry of International Trade and Industry official) Mr. Toshiya Tsugami and writer Mr. Jin Mayama, titled “First Two Years Are Just for Practice: Will Japan Be Able to Indirectly Guide the Rookie AIIB?” In it, Mr. Tsugami says that considering Tokyo’s current feelings on China and the power balance between the Premier's office and the ministries, “It was clear from the beginning that the decision would be not to join the AIIB.” After providing his analysis of the government as “I don’t believe the Abe administration is as anti-China as the general public imagines,” he mentions that the information being communicated from officials to the government might end up biased. “However, with the strong anti-China faction within the ruling party, and supporting fire from conservative pundits, it is undeniable that a fairly consistent anti-China signal is being broadcast by Japanese politics.”

As Japan’s response for the time being, he suggests “pausing for a moment, and watching to see how things go for two years.” Specifically, he suggests “...through organizations such as the Japan Bank for International Cooperation (JBIC) and Japan International Cooperation Agency (JICA), propose and implement as many original joint financing and collaborative projects as possible.” He argues that this kind of “indirect cooperation” should be used to guide the AIIB in the right direction and to gain “information from the source” by working with AIIB staff, and then after two years a decision on joining should be made.

Mr. Tsugami also emphasizes the fact that even though the USA also decided not to join the AIIB, that doesn’t mean everyone there is opposed to the idea. “When I went to Washington in January, I thought ‘America isn’t monolithic in its opinions.’ Many experts on China were saying ‘You shouldn’t deny the AIIB outright,’ and there was a foreign affairs and security expert saying ‘engagement is important in economics.’ ...Frank discussions with the American government will be necessary [after two years], but since the USA has announced their intention to focus on collaboration between the AIIB and World Bank and ADB, those two years of cooperation should be a deciding factor for the USA as well.”

In Mr. Tsugami’s opinion, government officials in both Japan and America are acting calmly and realistically, and the only ones making a big fuss are those who want to criticize the government from two simple positions of “anti-China” and “anti-anti-China.”