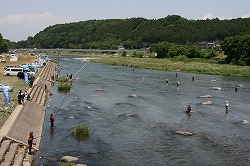 Many regional towns and cities in Japan have been overwhelmed. They were first exposed to fierce competition because of the deregulation and liberalization that were put through in the name of structural reform, and now they are being hit by the global economic depression.

There is one local city that is immune to the economic crises, however.That is Otawara City in Tochigi Prefecture. The city has enjoyed the lowest level of unemployment rate in the Kanto region. The secret behind this immunity is sustainable city planning.
This press tour will give you an opportunity to understand Otawara’s philosophy in building a vibrant local city by looking at three important sectors: agriculture and dairy husbandry, industry, and sightseeing. (Photo: The Naka River runs through Otawara City)

Many regional towns and cities in Japan have been overwhelmed. They were first exposed to fierce competition because of the deregulation and liberalization that were put through in the name of structural reform, and now they are being hit by the global economic depression. The collapse of the financial bubble, triggered by the American subprime loan crises, led to the end of the consumer bubble in the U. S.. This event severely damaged the export-driven manufacturing industry in Japan. Japanese localities used to maximize their characteristics, and local industries played vital roles in building vibrant communities in the past. However, many industries were carried away by the mood of the structural reforms, and were forced to adopt a business model that easily generated a quick profit: thoughtless invitation of enterprises; expansion of large-scale retail shops; and curtailment of primary industries, including agriculture. It seems that the distinctive features of the regions have disappeared and the negative impact of the economic depression put more pressure on local economies. 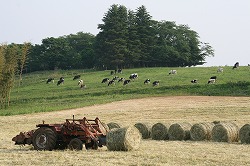 There is one local city that is immune to the economic crises, however.That is Otawara City in Tochigi Prefecture. The city with a population of 78,000 is only one-and-a-half hours away by bullet train from Tokyo. The city has enjoyed the lowest level of unemployment rate in the Kanto region. The secret behind this immunity is sustainable city planning. The promotion of agriculture, dairy husbandry and sightseeing has been maintained by making use of nature’s wealth without heavily depending on attracting enterprises. The strong leadership of the Otawara city government cannot be overemphasized in carrying out this type of city planning, while its citizens actively participate in making their city more vibrant. The activities of Otawara city will offer valuable insight to the victims of the global economic depression who hope to take a new step forward in their lives. This press tour will give you an opportunity to understand Otawara’s philosophy in building a vibrant local city by looking at three important sectors: agriculture and dairy husbandry, industry, and sightseeing. 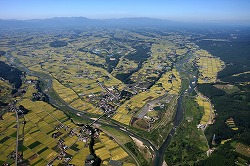 City Mayor Kazuo Senbo assumed the post in 1990. Since then, he has played a significant role in the city growth. The city has a long history and a rich culture. It boasts an ancient monument from the Asuka period (6th to 8th century) and the site of an old castle related to the Tale of the Heike, the most famous military epic of the Japanese classics. In modern times, however, a transportation system including major national highways and bullet train stations was created outside the city, and Otawara seemed to have fallen behind the times. 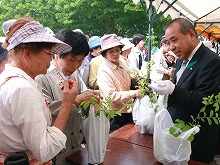 Mr. Senbo stood the disadvantage on its head and decided to distance the city from industrialization and urbanization. Development by public investment after the world war had supported local economies in Japan, but in the end, what did it give to Japan? He talked with its citizens and asked “What should we protect and utilize?” He has cherished the uniqueness of Otawara city. With the password “Let’s boost human exchanges to grow”, he launched many creative events in the areas of education, culture, art, welfare, and sports while promoting infrastructure to support such events. He has been trying to increase the vitality of the city, using his ingenuity and the existing resources peculiar to Otawara city. Such undertakings have increased out-of-town interactions, and bring more than three million visitors every year. The city elaborated its sustainable city planning further and launched the New Otawara Rainbow Plan in 2007. In this press tour, the city mayor will brief you on the background information on the city and its unique city planning. 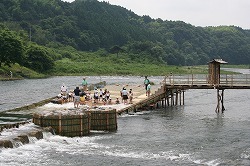 The water of the Naka River, which runs through Otawara city, is the cleanest in the Kanto area. Thanks to its high clarity, the river is called the Shimanto River of the East (the Shimanto is considered most beautiful river in Japan). The Naka River has enjoyed the highest Ayu catches in Japan since 1990, and this made the river a mecca for wild Ayu. More than 400,000 anglers visit this river from all over Japan in the season.

In the summer the traditional fishing device, a weir, made out of woven bamboo, is set up in the river, and the old fishing method “Yana-Ryo” (weir-fishing) is operated. Yana-Ryo has been practised for 1,000 years, and as the Ayu swim downstream in a group to lay eggs (Ochi-Ayu), they are trapped. This also attracts more than 300,000 tourists between June to October. These precious tourism resources have been protected by the tireless efforts of Otawara city and its citizens. In this press tour, you will visit the site of Yana-Ryo and receive briefings on the fishing method, the life cycle of the sweetfish, the history of river protection, from Mr. Seichi Masubuchi, Director of the Kurobane Yana-Ryo Tourist Association. You will also eat wild Ayu dishes for lunch.

3. Creative attempts by an eco-farm – Maeda Bokujo (Pasture) that utilizes the whole ecosystem – 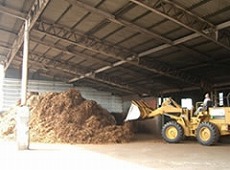 Maeda Bokujo, 33 hectares in area, looks as if it embodies an ecosystem. The farm raises 2,500 cattle for meat and effectively utilizes compost produced from their excreta to grow crops such as asparagus and paddy rice. After that, the rice straw is used as feedstuff for its cattle. This is called “recycling agriculture”. Recently this kind of agriculture has been drawing high attention from Japanese central and local governments. It was 1996 when the farm started this system. The owner of the farm, Mr. Akira Maeda, says that he wanted to transform animal wastes into something useful and use them. This is how he came up with his own recycling system. 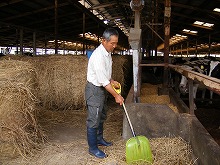 He also directly manages a meat shop and a café to offer products whose safety and taste he particularly cares about. They meet needs of consumers and his brand is well known all over Japan through the Internet. Otawara city has a system of accredited farmers and provides them with support to promote agriculture. Maeda Bokujo has benefited from this system in expanding its business since the system started. Mr. Maeda says he could not have come this far anywhere else. The recycling-type agriculture which started on this firm is currently expanding throughout Otawara city. In this tour, you will visit his farm and receive a briefing on recycling agriculture and its future possibilities from Mr. Maeda while trying some meat and the somewhat different taste of asparagus produced by the recycling agriculture.

4. Survive in this economic recession by digitizing and passing on baby boomers’ high skills to the next generation: Otawara Plant of JUKI Corporation with “Digital Yatai” 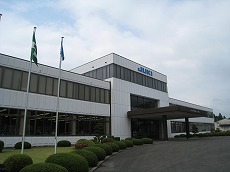 The Otawara Plant of JUKI Corporation has operated since 1971 and is now at a crucial turning point. JUKI Corporation is the No.1 supplier of industrial sewing machines to the world market, and Otawara Plant is the mother plant of the company. The plant introduced a unique production system called “Digital Yatai” to compete with emerging countries such as China in the world market and to maintain competitiveness. In the system, craftsmanship, the foundation of Japan’s strength in Monozukuri (manufacturing), was divided into eleven skills and digitized by making full use of IT technologies. This system enables even first-year employees to do the same levels of job as skilled workers. 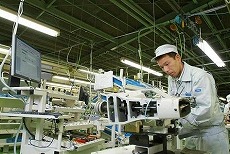 5. Remain viable in this modern period, maintaining techniques of swordsmith – Indigenous industry Yamagata-ya which has supported vibrant Otawara since the Edo period – 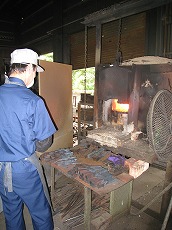 Otawara was a prosperous castle town known as a place that produced noted swords in the Edo period (17th century). There is a company which is still vigorous today with a tradition passed down from that period. That is Yamagata-ya. The company used to be a family of master craftsmen of Japanese swords that were dedicated to a feudal lord. At the end of the Samurai period, however, Yamagata-ya transformed itself into a hardware manufacturer in a local small factory. Later, it became a metalworking factory that manufactured industrial parts of high quality. Yamagata-ya has prospered and is composed of four factories now. It has become vital to the local economy.

Due to the global economic recession, many domestic corporations are forced to reduce production or shut down their factories. However, Yamagata-ya has not experienced any of this kind. The secret of its strength is its traditional hardening and forging techniques, namely “Yakiire”. Thanks to these techniques inherited from their ancestors, it can manufacture unique blades to cut metals and thereby produce products that meet any kind of clients’ needs. It also develops and sells original products using its traditional know-how. These products are now very popular. You will look at Yakiire, the hammering and forging techniques, in their plant and Mr. Toshikatsu Kato, 9th President of Yamagata-ya and Chairman of the Otawara Industrial Promotion Association, will brief you on his management philosophy and the role of local small and medium-sized enterprises in contributing to the local economy.

3. Expenses: 5,000 yen per person including transportation and lunch

4. Participants: Limited to the first 7 applicants on a first-come first-served basis.
(Only one reporter and one photographer from each company, but two participants from each TV team will be acceptable.)

6. Remarks:
(1) There are some restrictions on photographing and filming at the tour sites. Please follow the instructions of the officials on duty.
(2) FPCJ will not be liable for any inconvenience, trouble or accident that might occur in the course of the tour.