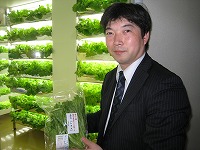 The “plant factory” draws attention as a futuristic form of agriculture. Vegetables are produced in the factory without being exposed to the air outside. Stable production is guaranteed throughout the year by controlling lighting, temperature, humidity, carbon dioxide, and water. They can also meet the needs of consumers who want safe foods. Moreover, the factory is expected to create new jobs mainly for young people because it could alter the traditional image of agriculture, involving heavy physical labor and an unstable income.

The “plant factory” draws attention as a futuristic form of agriculture. Plants such as vegetables are produced in the factory without being exposed to the air outside. Stable production is guaranteed throughout the year by controlling lighting, temperature, humidity, carbon dioxide, and water. Lettuce can be cropped twenty times a year.

The vegetables that are grown in a completely controlled clean room can be eaten without washing, and they can meet the needs of consumers who want safe foods. Production in a plant factory is never subject to weather conditions and can always guarantee quality vegetables. So the demand for these vegetables is increasing in the restaurant industry. Moreover, the factory is expected to create new jobs mainly for young people because it could alter the traditional image of agriculture, involving heavy physical labor and an unstable income. This type of factory, however, consumes much energy for lighting and air-conditioning, and that increases the cost. This is considered the biggest challenge in increasing the number of plant factories, but energy-saving technologies, including LEDs, have been making progress.

The Japanese government is also going to support the dissemination of plant factories seriously, announcing that it will aim to increase the number of such factories up to 150, three times more than now, as well as reduce the production costs by 30 percent over the next three years. The measures to support such factories are also included in the additional economic stimulus package.

Plant factories are gaining momentum in Japan, backed up by the concerted efforts of industry, government and academia. Against such a background, could the plant factory bring a breath of fresh air to Japanese agriculture? This press tour will examine the various possibilities of such factories. 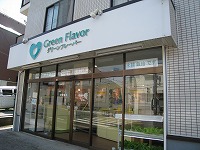 Fresh lettuce was gathered in the plant factory at Showa base in Antarctica in May 2008. The factory requires a cultivation device that uses fluorescent light, liquid nutrient and carbon dioxide, and it was Mr. Shigeharu Shimamura, 37-year-old entrepreneur and president of agricultural venture enterprise Mirai Co., Ltd., who invented that device. He established the venture firm in Matsudo City, Chiba Prefecture, in 2004 after he studied cultivation technologies at the Graduate School of Chiba University.

He invented the perfect control type of hydroponic culture in which the entire producing environment, including artificial light, liquid nutrient, carbon dioxide and temperature, are controlled by sensors. This type of plant factory is named a “green room”. He completed a plant factory inside an apartment building in Matsudo City in 2006, and also established the “Green Flavor” store on the premises. Vegetables produced in the factory are sold in the store. Thanks to thenew business model that made production and sales in one place possible, his corporation received the highest award in the Japan Shop System Awards 2007.

It has extended technological cooperation to four factories so far, including Showa base in Antarctica. Recently, however, it is receiving more than 100 inquiries a month, and the South East Asia and Middle East regions also show strong interests in the green room concept. Mr. Shimamura thinks that, thanks to technical cooperation by his company, this single year might witness the establishment of around twenty plant factories.

This tour will give you an opportunity to hear about the development of the plant factory and the business prospect of Mirai Co., Ltd. from Mr. Shimamura, President of the self-proclaimed “Agricultural Software Company”. You will also visit the Green Flavor store in Matsudo. 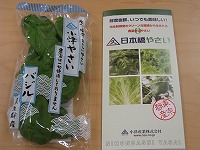 It is more than 350 years since Ozu Corporation started business in 1653 as a wholesaler of traditional Japanese paper (washi). Last year, the company decided to enter the agricultural field, outside its traditional washi and fairly new nonwoven fabric businesses. While they were considering the streamlining of their warehouses in Tokyo in response to a change in their business environment, various food scandals surfaced, including the contaminated frozen dumplings and the deliberate mislabeling of food products. The corporation came to think of producing safe vegetables, grown in Tokyo and also consumed in Tokyo, by making use of their now unused warehouse.

The business of Ozu Corporation had already something to do with agriculture because they had been selling seed tapes that are nonwoven cotton and biodegradable. The method of placing seeds inside such a tape is called “Seeder Agriculture”, and the corporation enjoys 100 percent of the domestic market share in this technique. While the traditional washi business stagnated, the corporation again came to see potential in agriculture as a new business area that is not susceptible to economic fluctuations. They received technical support from Mirai Co., Ltd., and opened a plant factory last October utilizing the third floor (approx. 500 square meters) of their warehouse in Fuchu City, Tokyo. They were able to reduce the initial costs by 50 percent compared with the usual cost because they used an existing building. 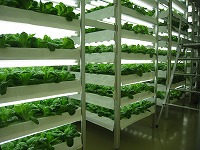 They produce eight types of vegetables in the factory, and can gather the equivalent of 1,800 head of lettuce per day, converting the yields of all eight vegetables to lettuce. Quality vegetables are produced, and sold to hotels, restaurants and retailers in Tokyo while still fresh. The name of the new business is “Nihonbashi Yasai” because the corporation had its head office in Nihonbashi, Tokyo, since the very beginning of its business. In addition, the name shows the company’s strong hope to cultivate vegetables there in the future.

In this tour, you will visit the plant factory in Fuchu City and will have an opportunity to hear about this new business strategy to survive the current depressed economy from Mr. Yuichi Kaneko who is in charge of this plant and also the head of the Office of New Business Strategy.

Note: You cannot enter the clean rooms of plant factories at MIRAI and Ozu, although you can take photos of those rooms from outside through the windows.

3．Briefings by Chiba University and the Ministry of Economy, Trade and Industry 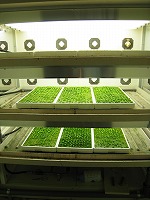 The Japanese Government clearly stipulates support for disseminating plant factories and enlarging their business sizes by promoting technological development in the New Economic Growth Strategy that was revised in September, 2008. A working group on plant factories was set up under a study group on cooperation among agriculture, commerce and industry which is organized by theMinistries of Agriculture, Forestry and Fisheries, and Economy, Trade and Industry (METI). Leaders from universities and companies in this field have discussed challenges and concrete support measures in the working group. The extra economic stimulus package, which is under consideration in the Diet, also includes support measures to create centers for the development of cost-cutting technologies, the biggest challenge in this field. In another aspect, the faculty of horticulture of Chiba University plays a leading role in the area of research and development of plant factories, including cost analysis and cultivation technologies.

This tour will give you an opportunity to listen to stories about R&D in promoting plant factories from Associate Professor Mr. Toru Maruo, Chiba University. He is a leader in this area and a member of the working group on plant factories. An official fromMETI will also give you a briefing on the support measures of the government and the current status and challenges of plant factories in Japan. You will also visit a research institution of the university.

3. Expenses: 2,000 yen per person including lunch and transportation (chartered bus)
*FPCJ will inform the participants of payment methods, cancellation fee etc. later on.

6. Remarks:
(1) There are some restrictions on photographing and filming at the tour sites. You cannot enter the clean rooms of plant factories although you can take photos of those rooms from outside through the windows. Please follow the instructions of the officials on duty.
(2) FPCJ will not be liable for any inconvenience, trouble or accident that might occur in the course of the tour.