Showcase of the next-generation energy 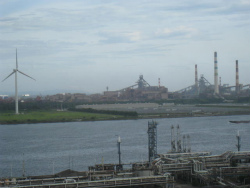 The direction of Japan’s energy policy is attracting attention after the accident at Fukushima Daiichi Nuclear Power Plant following the Great East Japan Earthquake. At the G8 Summit in Deauville held in this May, Prime Minister Naoto Kan stated that Japan would raise the share of renewable energy in the total electric power supply to at least 20 percent by the earliest possible time in the 2020's. Also in May, Mr. Masayoshi Son, President of Softbank Corp., set up a committee with 19 local governments to promote renewable energy use and announced a plan to build mega-solar power plants in various places in Japan. Moreover, the current sessions of the Diet is attracting public attention with the legislation of a bill for, “Renewables Portfolio Standard,” which requires utilities to buy electricity produced by renewable energy sources at a government-mandated fixed price for a certain period.

The momentum to use renewable energy is accelerating. In such a situation, Kawasaki City is promoting the policy, “Carbon Challenge Kawasaki,” which aims to achieve a low carbon society. The first Mega-solar power plant in the Metropolitan area started operation in August and one of Japan’s biggest biomass power plants started operation in February. In addition to these renewable energy plants, Kawasaki’s coastal zone has various kinds of power plants including a natural gas thermal power station with world-class power-generating efficiency, indirectly supporting economic activities and people’s lives in the Metropolitan area, which is facing a power shortage. On top of this, Kawasaki City is utilizing environmental technologies in stations and educational facilities to bring renewable energy close to everyday life.

Kawasaki overcame the damage caused by serious pollution during the post-war period of economic development, and is now proclaiming itself as a city at the forefront of environmental technology. The tour will visit coastal zone where power plants that can meet the city’s very strict standards are concentrated and also a public facility in the center of the city, to cover the present situation of renewable energy use and seek the future of Japan’s energy supply. 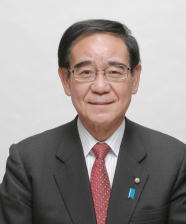 By dynamically linking various renewable energy plants, Kawasaki City has been promoting the plan, “CC Kawasaki Energy Park,” designing the whole city as an “Energy Park.” It was recently designated as a next-generation Energy Park by the government. As the city has one of Japan’s biggest Mega-Solar power plants, a wind power plant, and ground-source heat pumps, it is now a testing site for a variety of renewable energy plants. Kawasaki City has also been holding the Kawasaki International Eco-Tech Fair every year since 2009 to encourage greater use of environmental engineering.

Since Mr. Takao Abe became Mayor in 2001, he has been initiating a green policy in concert with citizens and enterprises. The press tour will interview Mayor Abe on how Kawasaki City has introduced and spread renewable energy sources and made people aware of their importance, and are demonstrating their usefulness. 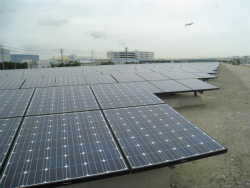 The Ukishima Solar Power Plant, which is under the flight pass of planes leaving Haneda airport, started generating power from  August 10. This is the first Mega-Solar power plant in the Metropolitan area of Japan. The plant itself has about 7,000kW output and its total output will reach about 20,000 kW when the nearby Ogishima Solar Power Plant is completed in December. It is a joint project of Kawasaki City and the Tokyo Electric Power Company (TEPCO). This is TEPCO’s first project to install mega-solar power generation systems as a power supply facility. Next to this mega-solar power plant, an educational center “Kawasaki eco-living Miraikan” opened on August 6. The total amount of power generated in the Ukishima plant can be seen in real time on the monitor of this center. Kawasaki City uses this kind of center for outreach and raising awareness of renewable energy sources.

In this tour, an official of Kawasaki City will give us a briefing at “Kawasaki eco-living Miraikan” on the concentration of various power supply facilities in the port area. We will also visit the Ukishima solar power plant. 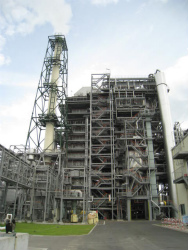 Kawasaki Biomass Power Plant is a jointly funded project; the funders include Sumitomo Joint Electric Power Co., Ltd and Sumitomo Forestry Co., Ltd. This 100% biomass power plant started operation this February with a generation capacity of 33,000 kW, the largest in Japan. After the quake, the power plant raised its power supply capacity to 100% from about 90% and stated to supply surplus power to TEPCO. The main reason locating the biomass plant here is that the wood chips used as fuel can be corrected in ample quantities in Kanagawa Prefecture. In the Metropolitan area, a total of about 1.4 million tons per year of wood chips are estimated to be produced from scrap lumber and construction waste. Half of this amount is said to be produced in Kanagawa Prefecture. Considering the number of wood chip suppliers, the demand for wood chips was relatively small within Kanagawa Prefecture. The stable supply of this source of energy, plus “efficient power-generation by consuming locally produced wood chips” were the reasons to build the biomass power here. But from a long-term perspective, the plant seeks a new source of biomass fuel because construction waste is expected to decline along with the decline in housing construction. From this March, the plant has been getting “humus,” which is the residue of strained soybeans from Ajinomoto factory, and uses it as a biomas fuel.

The tour will feature an interview with Mr. Hiroshi Murakami, the director of Kawasaki biomass plant, who will talk about the “CO2 free electricity” biomass power plant. You will also have a chance to tour the plant; it has a panoramic view of the coastal zone from the top of a boiler, and a factory that produces wood chips from construction waste. 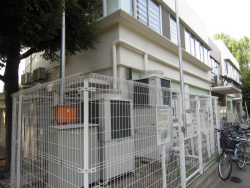 Minami-Kawara youth center is located in a corner of Minami-Kawara Park in the center of Kawasaki city where local children play during the summer holiday, avoiding the intense summer heat. At this youth center, as a part of “CC Kawasaki Energy Park,” a research and development project of ground-source heat pumps has been conducted for three years. The ground-source heat pumps system uses the stable underground temperature as its heat source for the airconditioning. This technology has high energy-efficiency, over 30% when used for cooling compared with ordinary air conditioners. Moreover, unlike regular air conditioners, it does not exhaust hot air into the atmosphere, which should contribute to preventing the urban heat island phenomenon. The Tokyo Skytree, opening next year, uses a similar technology that also attracts public attention to the ground-source heat pumps. Kawasaki City also installed ground-source heat pumps to air condition the whole building at the Sugao youth center, which was rebuilt this April. Like this example, Kawasaki City encourages greater use of this technology.

In this tour, an official of Kawasaki City will give us a briefing on the research and development project and its outcome. We will also visit the Minami-Kawara youth center, crowded with local children enjoying the summer holiday.

*The tour is co-organized by the Foreign Press Center/Japan and the Kawasaki City. Tour participants bear part of the cost, but the purpose of the tour is not profit-making.

3. Cost:
2,000 yen per person including transportation and meals
*FPCJ will inform the participants of payment methods, cancellation fee etc. later on.

6. Remarks:
1) There may be some restrictions on photographing and filming in the press tour. Please follow the instructions of the officials on duty.
2) FPCJ will not be liable for any inconvenience, trouble or accident that might occur in the course of the tour.