~Heading toward Recovery from the Great Earthquake:
Sendai, Matsushima, Hiraizumi~ 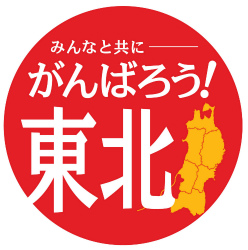 Over two months after the great earthquake hit eastern Japan, there are now step-by-step moves toward recovery in many places. When the quake hit, in Sendai City, the main city of the Tohoku area which was heavy affected by the disaster, urban infrastructure was destroyed instantly, 100 thousand people had to evacuate from their homes, and more than 700 people were reported dead or missing. However, by the end of March, electricity and water supplies were restored. By the end of April, the Tohoku Shinkansen (bullet train), the main transportation artery to Tohoku, and the Sendai City Subway, were operating again.

In Matsushima, a famous beauty spot including over 260 small islands that mitigated the tsunami damage in the coastal area, consistent and patient actions toward recovery such as restarts of tourism and oyster cultivation can be seen. Moreover, early this month, Hiraizumi, the most renowned tourist attraction in Tohoku as well as Matsushima, received a report suggesting a strong possibility that they might be registered on the World Heritage list. This report was welcomed as the first positive news Tohoku had received in a while, and it provided motivation for recovery.

This tour will visit Sendai City and the Matsushima area that is leading the recovery of Tohoku and will cover their steady efforts. As a new beacon of hope for recovery, the tour will also visit the cultural assets of Hiraizumi, Iwate prefecture, which is tipped to be listed as a World Cultural Heritage site.

1. Interview with Mayor of Sendai City 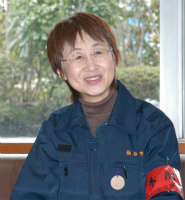 With the thought, “having visitors from all over the country and the world will be the greatest support for the affected area,” Sendai City decided to hold its annual Sendai Tanabata Matsuri (Sendai Star Festival) in August and the Jazz Festival in September as previously scheduled. Sendai City is the largest city and transportation hub of the affected area. Therefore Mayor Mieko Okuyama hopes to “have more people and traffic in Sendai City and extend the vibrancy throughout Tohoku, as well as normalize daily life.” The tour will feature an interview with Mayor, asking about the plans and challenges for recovery in Tohoku and hear the message from the affected area to the world. 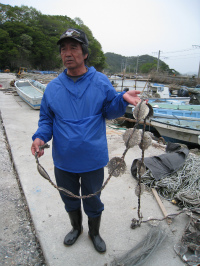 Until the tsunami, Miyagi was the core of Japan’s oyster cultivation – ranking second in Japan, its annual production amounted to 5,000 tons, and its sales volume of breeders was domestically ranked first. As the seed oysters in Miyagi are adaptable in cold water and any other environment, they were exported to the United States and France until the late 1970s, for example, and have had a great impact on the oyster cultivation industry overseas. In the late 1960s, the Miyagi oyster saved the French oyster industry which had been wiped out by a virus disease.

Although suffering catastrophic damage from the tsunami, the oyster cultivators have started to revitalize the ocean by restarting oyster cultivation up again using seed oysters that miraculously escaped the damage, and also oysters donated by local aquariums. Naruse Branch of the Miyagi Fisheries Cooperative in Higashi Matsushima City lost 3 of its 27 oyster breeders in the recent tsunami, but the remaining 24 members started in mid-April to place racks of seed oysters within Matsushima Bay. It is said that nearly half of the oyster production areas in Japan use Miyagi’s seed oysters, and they are longing for the return of the Miyagi oyster.

Tour participants will be briefed by Mr. Shigeru Watanabe, head of the oyster department of Naruse Branch on the damage and the recovery situation. There will also be a chance to see how the seed oyster racks are made.

3. Pillar of revitalizing tourism, Matsushima, one of the “three most scenic spots in Japan”
Link to Association of Cruise Boat Operators in Matsushima (Japanese) 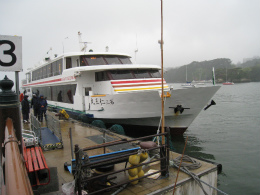 Matsushima is known as one of the “thee most scenic spots in Japan” and is the main tourist attraction of Miyagi prefecture. Over 260 islands located in the bay worked as a breakwater and consequently the Matsushima coastal area was relatively less affected compared with other affected bay areas. But still, cruise boats were damaged, debris was brought by the tsunami, and wreckage sunk under the water. Local cruise operators had to stop their services because they could not ensure safety in such conditions. However, their recovery efforts with the slogan, “in our pride of Matsushima, one of the three most scenic spots in Japan,” achieved a partial restart of their operations on April 29, the beginning of Golden Week.

The tour will board a boat and cover the state of the bay, guided by Mr. Akira Ito, President of Matsushima Shima-meguri Kankosen-kigyo Kumiai (Association of Cruise Boat Operators in Matsushima) and interview him on the situation of the damage and their efforts for recovery. 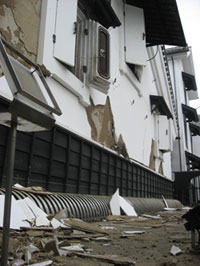 Close to Matsushima bay, SAURA Co., Ltd. is located in Shiogama city where the bluefin tuna catch is the one of the highest in Japan. It is famous for brewing good quality “Urakasumi” brand sake nationwide. Founded in 1724, in the middle of the Edo period, it started by receiving an order from the domain of Date to produce sacred sake for the Shiogama Shrine.

In the recent disaster, the wall of their fermentation building “Shikomi Gura” had partly collapsed; the machinery and facilities were damaged by the tsunami, and around 30,000 bottles of sake were broken; but luckily enough, the sake storage tank was not affected. Moreover, all the workers were safe. To resume brewing for this autumn, the restoration process is underway right now. Before the quake, they had been expanding their sales destinations to the USA and Asian markets. The disaster happened when they were trying to expand into the European markets.

In this tour, you will have a briefing by Mr. Koichi Saura, the 13th president of SAURA Co., Ltd. on the disaster-affected sake brewery; the recovery process, and their strong will for restoring the local community by donating part of their sales.

(Entering fermentation building “Shikomi Gura” is not permitted due to the restoration.)

5. Symbol of Recovery in Tohoku – Hiraizumi as a world heritage site 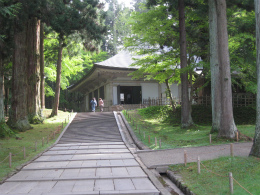 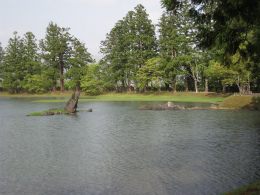 An advisory panel to UNESCO, the International Council on Monuments and Sites, has recommended Hiraizumi to be registered as a World Cultural Heritage site. If the registration is formally decided by the World Heritage Committee to be held in late June, it will be the first World Cultural Heritage site in the Tohoku area. The World Heritage Committee in 2008 mentioned that the reason Hiraizumi’s registration was postponed was that historical sites which had little to do with Pure Land Buddhism had been included. Reflecting on this comment, only historical sites clearly related to Pure Land Buddhism were included, which contributed to success this time.

Governor Takuya Tasso of Iwate Prefecture says with high expectation, “From the days of the war-torn era, Hiraizumi has always been the core of reconstruction in Tohoku. From this historical background, I had in my mind that Hiraizumi will be the symbol of recovery in the current disaster.” As it is located inland, the level of damage caused by the disaster was minor, but during Golden Week, compared with last year the number of tourists decreased by 85% - a disaster in itself, caused by false rumors. Even since the Tohoku Shinkansen restored its service, the situation has not changed for the better, and the good news about the World Heritage recommendation came amid a looming sense of crisis. With “Fukko no hikari wo Hiraizumi kara (the light of restoration shines from Hiraizumi)”, the day of Hiraizumi’s registration as a World Heritage site is eagerly awaited.

(Photographing and filming are not permitted in Konjiki-do, Chuson-ji, but photo data will be provided for news reporting.)

*The tour is co-organized by the Foreign Press Center/Japan and the Tohoku Tourism Promotion Organization. Tour participants bear part of the cost, but the purpose of the tour is not profit-making.

Note: Since the tour will cover disaster-hit areas, the itinerary of the tour is subject to change because of the weather or other decisions by the people in charge.

3. Expenses: 13,000 yen per person including transportation, meals, and accommodation
*FPCJ will inform the participants of payment methods, cancellation fee etc. later on.

4. Participants: Limited to the first ten applicants on a first-come first-served basis. (Only one reporter and one photographer from each company, but two participants from each TV team will be acceptable.)

6. Remarks:
1) There are some restrictions on photographing and filming in the press tour. Please follow the instructions of the officials on duty.
2) FPCJ will not be liable for any inconvenience, trouble or accident that might occur in the course of the tour.