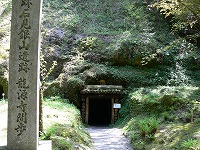 The San-in area retained much of its natural beauty and has a rich historical and cultural heritage. Following the successful San-in press tour in March 2009, this second tour will cover“revitalization of a community attractive to both tourists and residents”. In Tottori Prefectureyou will cover the forefront spa therapy and revitalization of Misasa Onsen. In Shimane Prefecture you will visit Iwami Ginzan Silver Mine, a Unesco World Heritage Site in harmony with nature, and Nakamura Brace Co., Ltd., a world-renowned manufacturer of prosthetics and orthotics.

The San-in area retained much of its natural beauty and has a rich historical and cultural heritage. Under the slogan of“revitalization of a community attractive to both tourists and residents”, various community-building activities are taking place, utilizing the characteristics of each region.

Misasa Onsen, located in the middle of Tottori Prefecture, is known as one of the most radon-rich spas in the world. Besidestraditional onsen therapy, which has taken root in Japanese culture for a long time as a folk remedy, a new research project has been started to determine the positive health effects of the radon spa. Trying to restore the popularity of its hot-spring resort for its health benefits which Misasa Onsen enjoyed a decade ago, Misasa Town is now taking revitalization measures centered on contemporary onsen therapy.

“The Iwami Ginzan Silver Mine and its Cultural Landscape” was inscribed on the World Heritage List in 2007, contrary to expectations of failure. The most outstanding value of this site is said to be the environmentally friendly mining managementand the cultural landscape of uniting a mine site with rich natural surroundings. While other old mines destroyed mountains and greenery, the Iwami Ginzan provides a rare example of a silver mine located in harmony with great nature.

Omori, located in the center of the Iwami Ginzan World Heritage Site, is a depopulated town with only about 400 residents.Nakamura Brace Co., Ltd., a world-renowned manufacturer of prosthetics and orthotics, has been here for over 35 years. Namamura Brace loves this small town and has greatly contributed the community by employing young local people and preserving historic buildings of the old town.

Following the successful San-in press tour in March 2009, this second tour will look into community-building measures, at a time when the issues of depopulation and regional disparity are becoming serious.

Misasa Onsen is known as one of the most radon-rich hot spings in the world. Although there is debate on the subject, taking low doses of radon radiation is believed to be beneficial, stimulating a hypothetical reserve repair mechanism and enhancing immunity and natural healing power, which is called thehormesis effect. In fact, one survey found that the cancer mortality rate in Misasa Town is only half the national average, and the health effect of radon has been widely known here.

Okayama University Hospital Misasa Medical Center is the only institute practicing full-scale spa-treatment in Japan. They provide a variety of therapies including exercise in a swimming pool, mud bath, mud compress, and drinking hot-spring water. Through their clinical practice, it has become clear that spa therapy is effective for chronic diseases such as rheumatism, asthma, diabetes, and high blood pressure. It is particularly effective for respiratory diseases including asthma, and about half the patients come from outside Tottori Prefecture.

In coorperation with the Japan Atomic Energy Agency, Misasa Medical Center established the Misasa Radon Research Centerin March 2009 to determine the biological effects of radon hot springs. This is Japan’s first research facility in which mice inhale the same amount of radon gas as Misasa’s hot spa has, and it is expected to scientifically examine radon’s posititive effects on health and the best ways to get the maximum results.

On the other hand, the number of visitors to Misasa Onsen has shrunk from a peak of 550,000 in 1996 to 350,000 in 2008, because of the recent economic situation and changes in the way people travel. To overcome this situation, Misasa Town and the local tourism organization are working on community revitalization. Taking account of the current health-conscious trends andpeople’s needs for healing, they came up with a plan called “contemporary spa therapy” with Misasa Medical Center. They provide a long stay plan, not just a weekend, trying to make Misasa a health resort. In November 2009, they inaugurated a so-called “radiummelier,” a radon spa specialist who gives advice on how to take a radon bath, as a sommelier does on wine. Ryokan hotels also make a reservation for medical examination at the Medical Center. Voluntary tour guides will take them to explore the narrow streets of downtown Misasa, and they also provide some programs in which visitors enjoy the rich natural environment, in an effort to attract more repeat visitors.

In the press tour, you will visit Okayama University Hospital Misasa Medical Center to learn about forefront spa therapy and also cover the revitalization of Misasa Onsen through a guided tour and interviews with a ryokan owner and other people.

The Iwami Ginzan Silver Mine was active for almost four hundred years from its discovery in 1526. Iwami Ginzan was the only silver mine in Japan known to the Europeans during the 16th century Great Age of Discovery as it appears in an old map printed in Europe. In the first half of the 17th century, silver production in Japan is estimated to have reached 200 tons a year, one third of the world’s silver production, of which Iwami Ginzan produced around 38 tons a year. So Iwami Ginzan played an important role in the trade between Asian countries including China and Korea, and Europe, especially Portugal and Spain.

It is said that about 200,000 people were living in Iwami Ginzan at that time, and it was a high-tech city with state-of-the-art silver refining technology. An early stage social welfare system was also developed for the mine workers. Rice and miso were supplied when they got sick, and additional rice for bringing up their children.

“The Iwami Ginzan Silver Mine and its Cultural Landscape,” was inscribed on the World Heritage List in 2007. The most outstanding value of this site is the environmentally friendly mine management. Its entire mining process, from digging to refining, was carried out manually. Forest resources were managed very well, ensuring a steady supply of timber that was used as fuel. For this reason, the remains of the silver mine are found deep in the mountain, and the majority of the remains are believed to be as yet undiscovered. This provides a rare example, unparalleled in the world, of the uniting of a mine site with rich natural surroundings. 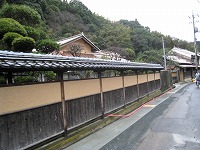 Omori district was the center of silver mine management, and a residential area when the Iwami Ginzan mine was active. Omori Town still has many buildings once owned by samurai and silver merchants. This site was designated as an Important Preservation District for Groups of Historic Buildings.

In this tour, you will visit the Ryugenji Mabu Mine Shaft, Shimizu Valley Refining Site and other ruins hidden in the mountain, with a guide from the local tourist office. Also in Omori district, you will have lunch in a samurai residence (Abe family) and have a briefing on the preservation and restoration of this historical residence.

IMPORTANT
*Note: In the vehicle-restricted area in Iwami Ginzan (about 5 km in a mountain), you will ride an electric bicycle. 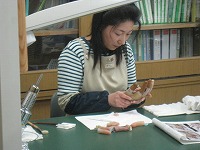 Mr. Toshiro Nakamura, the founder of Nakamura Brace which produces prosthetics and orthotics, was born in 1948 in Omori, a depopulated town of Iwami Ginzan. One of his ancestors settled in this town over 200 years ago in the mid-Edo period as a blacksmith, and he describes himself as a native Ginzankko (Ginzan boy). After graduating from high school, Mr. Nakamura studied prosthetics and orthotics in Kyoto and the United States, before coming back to his hometown at the age of 26 and starting his own business with a hope to revitalize the town. Withhighly advanced technologies, his company has developed into a world-renowned manufacturer. With his management philosophy “operating a firm itself is a social contribution”, the scope of his activities has expanded overseas, for example providing artificial legs to a Mongolian boy who suffered serious burns and lost his legs.

Recently Nakamura Brace has been focusing on products named “medical art”. They are silicon reconstruction devices includingartificial breasts, limbs, fingers, and noses. Pursuing absolute realism in color of human skin, they are making artistic products with excellent functions and appearance, made with one-of-a-kind technical skills. 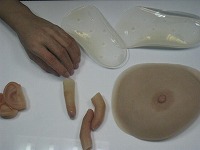 With another company philosophy of developing human resources, they actively employ local young people and the average age of their 65 employees is 33, which is quite unusual for a town of only 400 residents.

Mr. Nakamura’s lifework is preserving the old town of Omori. He has repaired about 35 old houses and transformed them into condominiums for the employees and factories, all with his own money. Recognized their social contribution, Nakamura Brace received its 7th Corporate Philanthropy Award this year.

Although the world economy is yet to show a clear sign of growth, Mr. Nakamura says that his company is now entering the third growth period. He has in mind the development of new types of prosthetics for people in the least developed countries, not the kind costing thousands of dollars. He is thinking of something that can be produced wherever wood and bamboo are available.

The tour will cover the new type of town building through Mr. Nakamura’s vigorous activities from the town of Ginzan to the world.

3. Expenses: 13,000 yen per person including transportation, meals, and accommodation

* FPC will later inform the participants of methods for payment, cancellation fee etc.

6. Remarks:
*FPCJ will not be liable for any inconvenience, trouble or accident that might occur in the course of the tour.
**There are some restrictions on photographing and filming at the tour sites. Please follow the instructions of the officials on duty.