Press Tour to Oita: “Sports and Employment of People with Disabilities / Creating a Food Brand”

Oita Press Tour: Sports and Employment of People with Disabilities/Creating a Food Brand

Finding workers is a topic of much discussion in Japan, with the future population decline. With the slogan of “Promoting Dynamic Engagement of All Citizens,” the government is encouraging the employment of women, seniors, and people with disabilities. Currently, the designated employment rate of people with disabilities (for private companies) in Japan is 2.0%, but only 47.2% of companies have met this target (Ministry of Health, Labour and Welfare study, 2015). 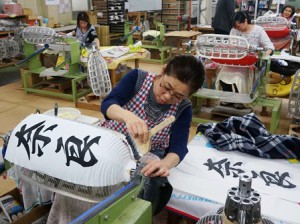 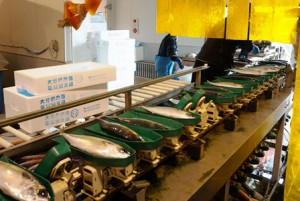 Oita Prefecture also has an abundance of locally-made agricultural and marine products. Tour participants will hear about the popular Seki saba [mackerel], and Seki aji [horse mackerel], the first fish to be registered for trademarks in Japan and the start of brand fish in the country; kabosu hirame [olive flounder] which has added value and is differentiated by the addition of local citrus fruit to the feed; and efforts by the leading dry shiitake producers in the country to protect trust and brand integrity.

*This press tour is sponsored by Oita Prefecture, and planned and operated by the FPCJ.

A pre-event will be held before the press tour at Zarai Oita restaurant in Ginza, which serves traditional cuisine from Oita Prefecture, in order to provide members of the foreign press with an opportunity to learn about the appeal of Oita. A lunch buffet will be available using plenty of Oita brand ingredients which will be covered in the tour, and Mr. Masuo Abe, the director of Onsen Oita PR Division, Oita Prefecture Tokyo Office, will explain the appeal of the area.

*Feel free to attend, even if you cannot participate in the press tour.

Sports and Employment of People with Disabilities/Creating a Food Brand]

Theme ① Sports and Employment of People with Disabilities 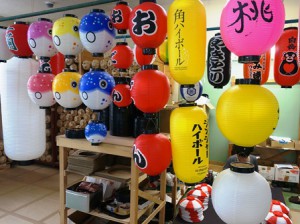 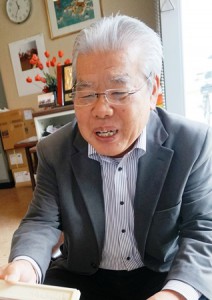 Despite being an SME with only 15 employees, Usa Lantern manufactures the largest volume in Japan of the plastic lanterns which are a hallmark of Japanese festivals and drinking establishments. The company started hiring people with intellectual disabilities in 1981, and eight of their current employees, over half, have disabilities. Previously, craftsmen would make the lanterns by themselves, but by dividing that process and automating some aspects, the company has created an environment where people with disabilities can work effectively. In particular, applying plastic to the lantern mold requires significant skill, and this step is performed by a veteran worker with disabilities. In addition to innovating by using plastic as the material to make these traditional lanterns, Usa Lantern has also demonstrated how people with intellectual disabilities can carry on traditional techniques aided by division of labor and automation.

※  The tour will view the work space, and interview the company’s founder and chairman Tadahiro Tanigawa and its current president Minoru Tanigawa, finding out about the business and efforts to provide opportunities for people with intellectual disabilities to work. 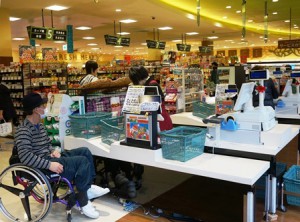 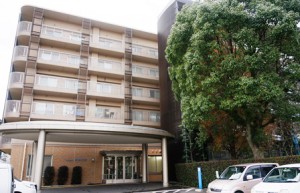 ※  The tour will hear from President Taro Nakamura about the facility and its philosophy. He is the son of Dr. Yutaka Nakamura, who acted as the head of the Japanese team for the 1964 Tokyo Paralympics. The tour will also visit the Sun Store grocery store operated by JSI on the facility grounds. (The following three sections (3, 4, 5) are all within the JSI grounds.) 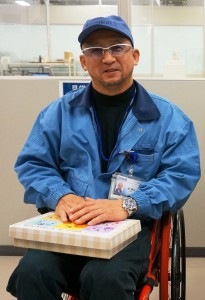 Japan Sun Industries has established joint ventures with eight companies such as Sony, Honda, and Mitsubishi. Omron Taiyo (32 of 64 employees have disabilities), a company established jointly with major electronics manufacturer Omron (based in Kyoto), has a particularly large number of its employees involved in sports. Takashi Jo, holder of the Japanese record for 65kg weight class powerlifting, works as the head of the company’s CSR team, and is preparing for the 2016 Rio Paralympics at the training facilities located on the JSI grounds. This training facility is one of only three locations in Japan to have equipment appropriate for international competitions, and is used for training by both Japanese and foreign athletes.

※  The tour will interview Takashi Jo, who works at Omron Taiyo while training for a spot in the 2016 Rio Paralympics. 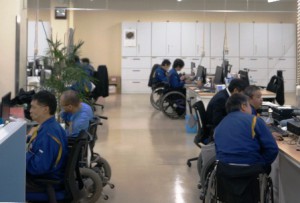 A joint venture with the JSI, the IT company Mitsubishishoji & Sun has 95 employees, and 63 of them have disabilities. There are 43 people with severe disabilities, and 17 people with mental or developmental disabilities. The work duties of this company do not involve assisting the work of people without disabilities, and include work such as human resources systems development and research on new clients for the parent company, and data entry for a major grocery chain’s membership program. The company’s CEO Mr. Yamashita is barely able to move anything except his left arm past the elbow due to polio (infantile paralysis), but he travels around Japan in his wheelchair, demonstrating to his employees his philosophy of “Meeting challenges with the abilities you have.”

※  A veteran of JSI who has worked there since its founding, Mr. Yamashita will provide an overview of the company and its vision for the future. The tour will also interview employees with and without disabilities.

5. Oita Robo Care Center—Using the power of science to make up the difference 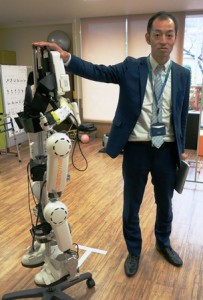 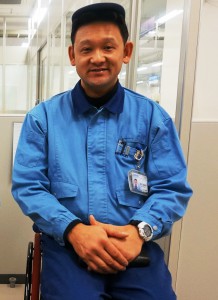 Cyberdyne, a venture company that makes the cyborg type robot HAL® for medical and nursing care purposes, agreed with JSI’s concept of “using the power of science to make up the difference,” and in 2014 opened a training center allowing for extended stays. Rehabilitation training using the Robot Suit HAL® is provided not only to Paralympians, but also to others with leg or hip disabilities. Travel packages including touring hot springs are also available, and it is receiving attention as a new form of medical tourism as users travel from overseas locations such as South Korea, Taiwan, and the UAE.

※  Yoshinori Shiki, the head of the Oita Robo Care Center, will explain how the Robot Suit HAL® works and what is involved in training with it. The tour will also have the opportunity to see rehabilitation training being performed by Hiroki Sasahara, a silver medalist in the wheelchair marathon at the Beijing Paralympics and employee of Omron Taiyo. 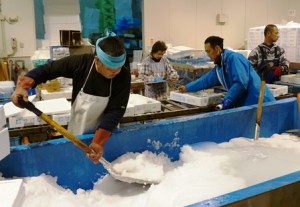 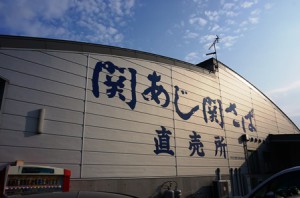 Saba [mackerel] and aji [horse mackerel] are popular fish to eat in Japan. They are usually inexpensive, but the Seki saba and Seki aji caught near Saganoseki in Oita Prefecture are an exception, selling for ¥3500 to ¥4500 each. Saba goes bad quickly and is difficult to prepare for eating raw, but Seki saba is known for its freshness that makes it suitable for eating as sashimi. Seki aji, on the other hand, is known for being nice and fatty year-round. In 1996, these fish were the first “brand fish” to be registered for trademark, and are now sold for 10 times what they had been. In order to maintain quality, there are strict guidelines covering the rod fishing methods used to catch the fish, how to kill the fish after catching it in order to preserve freshness, selecting for size, and handling until shipping.

※  The tour will see fishermen bringing in their catch of Seki saba and Seki aji, and see fish being cleaned, selected, packaged, and shipped at the Fisheries Cooperative building completed in 2012 with subsidies from the prefectural government. The tour will also hear about efforts being made to maintain trust in the brand. 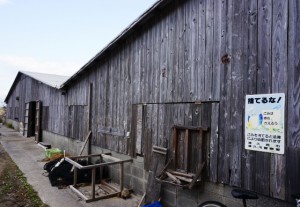 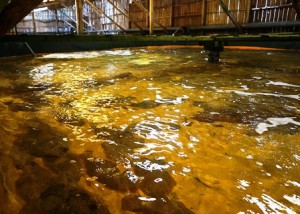 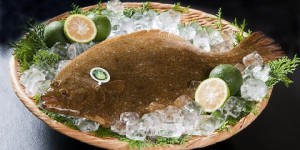 There is a new brand fish made by combining two ingredients that Oita is the largest producer of in the country. Kabosu hirame [olive flounder] mixes kabosu (90% of national total from Oita) into the feed for farmed hirame (20% of national total from Oita), resulting in a fish that stays fresh for a long time without the unusual odor of hirame. Although costing approximately 1.5 times what regular hirame does, twice the amount of kabosu hirame was shipped in 2015 as compared to 2014, showing that it is becoming established as a new Oita brand. Oita Prefecture provides support for establishing a system for the amount of kabosu to mix into the feed, the amount of feeding before shipping the fish, and creating a test system to ensure the farmed hirame are safe.

※  The tour will visit the hirame farm located on shore, and see the feed with kabosu being prepared and fed to the fish. There will also be an explanation of topics such as production amounts, sales, and how the price has changed over time.

8. The Biggest Producer of Dried Shiitake in Japan —Supporting the Oita brand 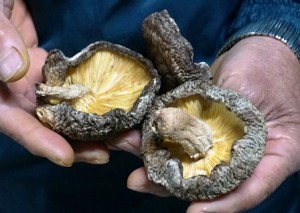 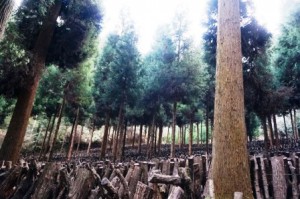 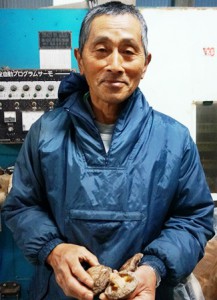 Oita prefecture is home to sawtooth oak woods appropriate for cultivating shiitake, and is the number one producer of dried shiitake in Japan, accounting for 48% of domestic production. Oita dried shiitake have won the group prize for 15 years in a row at a national competition, and at the top of their class in both quality and price. Mr. Kiyohara is a 50-year veteran dried shiitake farmer who produces the most in Japan, with renowned chefs even said to buy from him. The local agricultural system in the Kunisaki Peninsula where Mr. Kiyohara produces his dried shiitake has been certified by the Food and Agriculture Organization of the United Nations (FAO) as a Globally Important Agricultural Heritage System. Reasons for the certification include the sustainability of how the sawtooth oaks harvested to use for growing shiitake were regrown.

※  The tour will watch Mr. Kiyohara harvest shiitake, and interview him about his efforts to continue producing high-quality shiitake.

3. Cost: 18,000 yen per person including transportation, meals and accommodation

Please send an email including your name, organization,

*Please use [Oita Pre-event (January 19)] as the subject of the email.

(3) Participants will have to cover a portion of the cost for this press tour, but it is not a profit-making enterprise.