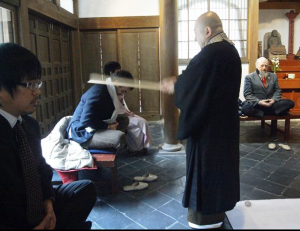 Zen is now becoming a worldwide concept whose norms are embraced by world leaders in various fields and business executives, utilizing the mind of Zen in management. Late Apple founder Steve Jobs is well known as a serious practitioner of Zen Buddhism, and the simplicity of the iPhone is said to have come from the teachings of Zen. US IT giant Google provides Zen classes for its employees as part of its training program. Japan’s Prime Minister Shinzo Abe used to sit in meditation at a Zen temple once a month for about five years from his resignation in 2007 to his comeback in 2012.

Originating from China, Zen Buddhism came to Japan during the Kamakura Period (1185–1333) and developed independently from the original style under the aegis of samurai warriors in Kamakura. Japan’s original Zen spread to the world during the Meiji Period (1868-1912), but it is not well known that Kamakura is the home of Zen. A large part of Japanese culture including washoku (Japanese traditional cuisine), tea ceremony, wagashi (Japanese-style confectionery) , gardening and crafts is derived from Zen. 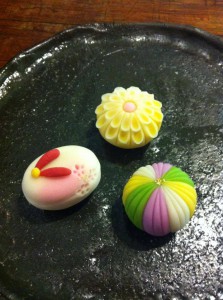 This press tour will visit “Kamakura, the home of Zen,” to learn the teachings of Zen, which now attracts world leaders and business people. The tour will also cover the culture derived from Zen.

In the first half of the tour, you will visit Jochiji, the number four of Kamakura's five great Zen temples, and will see a demonstration of making “wagashi” sweets and taste a vegetarian diet called “shojin ryori,” which is embraced by Zen monks.

In the latter half, you will visit Engaku-ji, the main temple of the Engakuji branch of the Rinzai Buddhist sect, to try “zazen” (meditation in Zen Buddhism) in the crisp air under the guidance of Zen master Asahina Eon, the temple master of Jochi-ji and the head of the academic department of Engaku-ji.

A Buddhist Zen temple in Yamanouchi, Kamakura. It was founded in 1283 to pray for the repose of the soul of Munemasa Hojo, the third son of Tokimune Hojo, the fifth regent of the Kamakura Shogunate. The temple belongs to the Engaku-ji school of the Rinzai sect and is ranked fourth among Kamakura's Five Mountains. Its grounds are designated as a national historic site known as "Jochi-ji grounds." 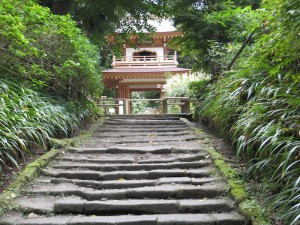 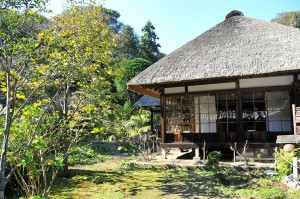 * The tour will cover aspects of the Kamakura culture (2 - 5 below) at the Shoin Study, which was built about 90 years ago and is normally closed.

Ms. Yuko Misonoi launched an original wagashi brand "Temari" in 2003 to come up with handmade wagashi which is pleasing to the eye and the mouth. Based on "Treasure Garden" in Kitakamakura, Ms. Misonoi has been holding exhibitions and workshops to show her seasonal wagashi in many places. She is also active overseas; she took part in the Japan Expo 2013 held in France. 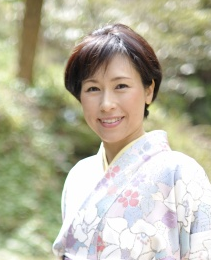 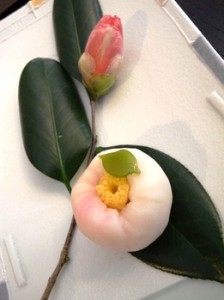 * On this tour, Ms. Misonoi, a leading wagashi creator, will demonstrate how to make these confections. The tour will learn about the relations between wagashi and the Zen spirit nurtured by the natural seasons.

Graduated from the School of Buddhism, Bukkyo University. Ms. Irie is the leader of "Onjyakukai," which studies the five tastes, five cooking methods, and five colors, that comprise the Japanese cuisine. She teaches tea-ceremony dishes and vegetarian dishes in accordance with seasonal changes. She also caters meals for tea ceremonies. She is also a tea ceremony lecturer (Urasenke), a sake sommelier, and a lecturer at the Sake Service Institute. 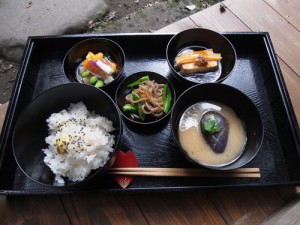 *On this tour, Ms. Irie will talk about the relations between Zen Buddhism and the Japanese culture including the cuisine, wagashi and bowls for dishes. Participants will have a vegetarian lunch prepared only according to the taste of the vegetable ingredients, eaten by ascetic monks.

Although Zen Master Asahina holds such very important positions as Master of Jochi-ji Temple and Head of Academic Department of Engaku-ji Temple, he is well liked not only in the world of Buddhism but in all quarters of Kamakura because of his amiable personality. He was a pivotal person in organizing the Great East Japan Earthquake Memorial Service and Prayer for Reconstruction, in which believers of Shinto, Buddhism and Christianity prayed together. At present he is Managing Director of the Kamakura Religious Council, and an educational board member of Kamakura City. 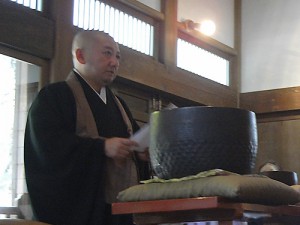 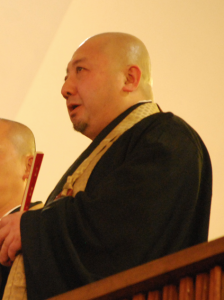 *On this tour, Zen Master Asahina will talk about the teachings and the mind of Zen.

He has been a Catholic priest since 1991. In the 1980s he started to get involved in international cooperation projects and medical assistance in the Asia-Pacific region including Cambodia and East Timor. Immediately after the Great East Japan Earthquake, he proposed to Kamakura's Buddhists and Shintoists to establish a forum for prayer for the victims. At present, he is Managing Director of the Kamakura Religious Council. 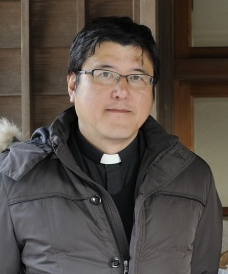 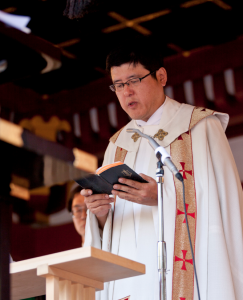 *On this tour, Mr. Yamaguchi will talk about Kamakura, the city of prayer, referring to the movement of the Kamakura Religious Council (across-the-board organization of Shinto, Buddhism and Christianity), which was established last year.

This is the head temple of the Engakuji school of the Rinzai Zen Sect, and is ranked second among Kamakura's Five Mountains. In 1282, during the Kamakura Period (1185-1333), the 8th Kamakura regent Tokimune Hojo invited Mugaku Sogen, a Chinese Zen Buddhist, to build this temple to commemorate the war dead of the Mongolian invasions of Japan (1274 and 1281). In the grounds are the Shari-den reliquary hall, which is a national treasure, and the Sodo building where the monks live. 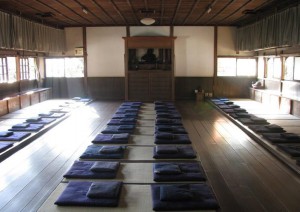 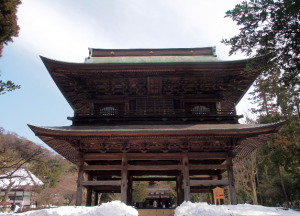 *On this tour, you will experience "zazen" meditation.

(2) FPCJ and Fuji-Hakone-Izu International Tourism Association, Kanagawa Prefecture will not be liable for any inconvenience, trouble or accident that might occur in the course of the tour.