Politics and Religion in Japan: The Separation of Religion and State, in Principle and in Reality (Dr. Katsuhiro Kohara, Professor, Doshisha University) 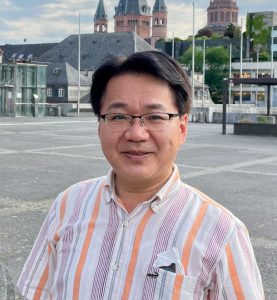 The FPCJ has invited pastor and theologian Dr. Katsuhiro Kohara, a professor at the Doshisha University School of Theology who has been actively commenting on this topic in the media, to discuss the relationship between politics and religion in Japan while including an international perspective.

■Theme: Politics and Religion in Japan: The Separation of Religion and State, in Principle and in Reality

As in our standard press briefings, there will be a Q&A session at the end.

*In principle, questions will only be accepted from members of the foreign press.

Please send any questions for the briefer or topics you are interested in to cp@fpcjpn.or.jp by Noon on Wednesday, December 14.

As there will only be a limited amount of time to ask questions during the briefing, we will collect questions and provide them to the briefer in advance.