The Role of the Emperor as a Symbol as Developed in the Heisei Period (Mr. Makoto Inoue, Nikkei Senior Staff Writer) 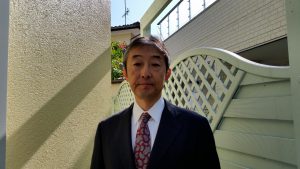 With ceremonies for the imperial transition leading up to the accession of the new emperor on May 1, there has been increased interest in what the imperial system means to the Japanese people, and the changes it has gone through. How did Emperor Akihito develop the role of the emperor as a symbol of Japan throughout the 30 years of his reign, was he able to build connections with the people, and how will the new emperor carry on the role of the emperor as a symbol?

The FPCJ has invited Nikkei senior staff writer Mr. Makoto Inoue, who while covering the imperial family for 14 years in total has communicated to the public the acts of Emperor Akihito, to speak on this subject taking advantage of his impressive experience. Mr. Inoue won the 2006 Japan Newspaper Publishers & Editors Association Award for his reporting on the Tomita Memo, said to have been written by a former Grand Steward of the Imperial Household Agency, and has written several books about the imperial system.