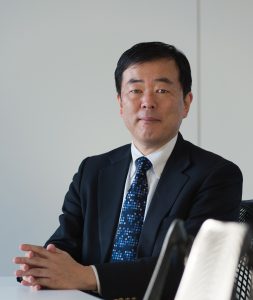 2018 will mark 10 years since the global financial crisis set off by the collapse of Lehman Brothers. The Organisation for Economic Co-operation and Development (OECD) forecasts 1.2% growth for the Japanese economy in 2018, and the International Monetary Fund (IMF) forecasts 1.5% growth. With Abenomics entering into its sixth year, and a consumption tax increase planned for October 2019, will the Japanese economy be able to regain its former vigor?

The FPCJ has invited Mr. Tatsuhiko Yoshizaki, Chief Economist at Sojitz Research Institute, to discuss his forecast for the Japanese economy in 2018, taking into account the American economy in the second year of the Trump administration and economic trends of China and other emerging economies. Mr. Yoshizaki is well versed in American politics and social conditions, as well as Japanese politics, diplomacy, and economics.