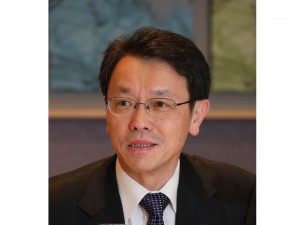 Nearly six years have passed since the Great East Japan Earthquake. Since then, major damage was caused by the Kumamoto earthquakes in April last year. In addition to the risk of aftershocks from the 2011 earthquake off the Pacific coast of Tōhoku (Great East Japan Earthquake) such as the shindo 6 Lower earthquake centered in northern Ibaraki prefecture near the end of last year, there is also an increasing awareness of the necessity to prepare for future major earthquakes such as a Nankai Trough earthquake or an earthquake with its epicenter located directly below Tokyo. The Kumamoto earthquakes and eruption of Mount Ontake have drawn attention to how information on danger can be used for disaster risk reduction.

Lunch: You may bring in a light meal to eat quietly during the briefing